Please note: We'll be reopening our turnstiles on Thursday 27 May 2021. Book your tickets online! 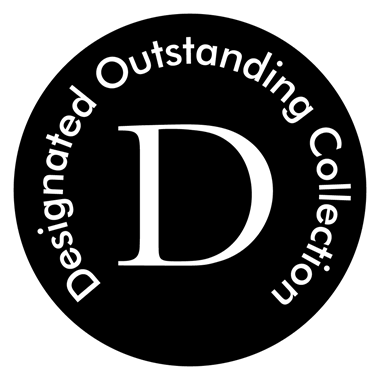 The National Football Museum is proud to be home to a Designated Collection. Recognised in 2013 by Arts Council England as a collection “of outstanding importance and value, that deepens our understanding of the world”. The National Football Museum was proud to be the youngest organisation to receive this recognition of outstanding quality and importance of our collection.

The National Football Museum holds the world’s finest collection of football artefacts and archives. As a growing on-line resource they comprise the World Football Museum.

The collections have been brought together from a rich variety of sources, as follows:

The finest single collection of football memorabilia in the world. The collection was assembled by Harry Langton, a London journalist with a passion for the game. Finding a home for the collection was one of the driving forces behind the foundation of the National Football Museum.

The principal strengths of the FIFA-Langton Collection are:

This also includes the Book Collection – over 1200 books including rare yearbooks and annuals, early histories of the game and club histories from the 1920s onwards.

Further material from the collector who assembled the FIFA Collection, purchased by the museum in 2000 with the assistance of a grant from the Heritage Lottery Fund.

As with the FIFA Collection, it includes paintings, drawings and prints, photographs and posters, playing kit and equipment, metal sculpture, fine metal and ceramic decorative items, toys and games, books and ephemera.

Over 8500 items comprising books, brochures, reports, posters and DVDs all relating to European Championships and the history of UEFA. The museum holds and updates this archive on behalf of UEFA, the governing body of European football and will add to it on a regular basis with recent publications.

The UEFA Library Collection was donated to the museum in partnership with the International Centre for Sports History and Culture (ICSHC) at De Montfort University, the world’s leading centre of its kind.

This collection of over 1600 items reflects all aspects of the history of the world’s first football association, founded in 1863. The collection consists of trophies and awards from international tournaments, gifts to the FA marking international matches, paintings and sculptures, photographs and archive documents.

The Football League Collection reflects all aspects of the history and development of the world’s oldest professional league, founded in 1888.

Handbooks, transfer lists, attendance records, programmes, and a large range of books provide an invaluable research tool for the museum. A large range of trophies no longer used by the Football League are also included in the collection and many are on display in the museum.

The Homes of Football Collection

The Homes of Football is acclaimed photographer Stuart Roy Clarke’s look at the changing face of football from the late 20th Century onwards.

Aware of how developments in the game following the Hillsborough disaster of 1989 were going to change the face of football, Clarke began to capture the atmosphere and emotion of fans up and down the country.

Clarke’s photographs show the human side of the game’s greatest asset: its fans.

An amazingly rich and constantly developing collection of objects and ephemera donated or loaned to the Museum by members of the public, footballers (and their families) and other people related to the game.

Bolton, formed in 1874, were one of 12 founder members of the Football League in 1888 and have remained in the league ever since. Among the items on loan to the National Football Museum are early trophies including the Bolton Charity trophy, in use from 1882 to 1905, and the Turton FC trophy from 1874.

The official collection from PNE celebrates one of the most famous clubs in the history of the game, and the team that play at the oldest football league ground in the world.

North End were the original Invincibles: winner of the world’s first Football League competition and the first winner of the League / FA Cup double in 1889, with an incredible unbeaten run in that season.  The collection includes trophies, medals, caps, jerseys and memorabilia from the club.

The National Football Museum is home to over 300 outstanding items from one of the finest private sporting collections in the country, the Priory Collection.

We are very grateful to the Priory Collection for agreeing to loan these items, so that they can be enjoyed by all our visitors. The loan includes outstanding artworks on a football theme and objects relating to world famous players and legendary matches. Highlights from the collection include:

A rare 1892 political poster, “The Boro – Still Unbeaten”, using football as a metaphor.

For more information about the Priory Collection visit www.priorycollection.com

The Neville Evans Collection has been loaned to the National Football Museum since 2003 and consists of more than 400 objects relating to the greatest names in English, Welsh and European continental football drawn from the largest football memorabilia collection in private ownership.

The material includes collections of players such as Tommy Lawton, Jimmy Dugdale, Francisco Gento, Stan Rickaby, Sam Chedgzoy, Stan Cullis, Allan Clarke, Willie Cunningham, Franz Beckenbauer, Alfredo di Stefano, Jimmy Edwards and Terry Paine. There are shirts, shirt badges, medals, ephemera and international caps among the items. Some of the collection are on permanent display at the museum and are part of the museum’s travelling displays to other national and international venues.

For more information about this collection, see
http://www.thenationalfootballcollection.org.uk/

The Kicking and Screaming Collection is the single greatest collection of oral history about football in the world. Consisting of over 210 hours of filmed interviews, it was collected for the 1994 BBC documentary series Kicking and Screaming: An Oral History of English Football. From Alan Ball recalling England winning the World Cup in 1966 to fans describing the horror of the Bolton stadium disaster in 1946, this collection offers a unique insight into the game’s history by the people who were there.

The recordings have been digitally re-mastered by the BBC Studios and Post-Production for the Museum in a project sponsored by Sportech.

Items relating to the history of the leading football pools company. Littlewoods Pools have played a major role in the development of the game, both in the social history of football since the 1920s, and through investment in the game which has come from the Government’s Levy on the football pools.

An excellent and rich archive of social history showing winners’ photographs, celebrities from the world of sport, film and television, Littlewoods ephemera, advertising leaflets and correspondence.

Items relating to the career of one of the greatest English players of all time. This small but significant collection includes correspondence, ephemera, playing kit, items relating to the retirement of Matthews. Purchased with the assistance of a grant from the Heritage Lottery Fund.