As the National Football Museum celebrates 10 years in Manchester, we are telling the stories of people who have been instrumental in the museum’s success.

The second of our ‘My NFM Story’ features is Tim Desmond, the National Football Museum’s current Chief Executive Officer. 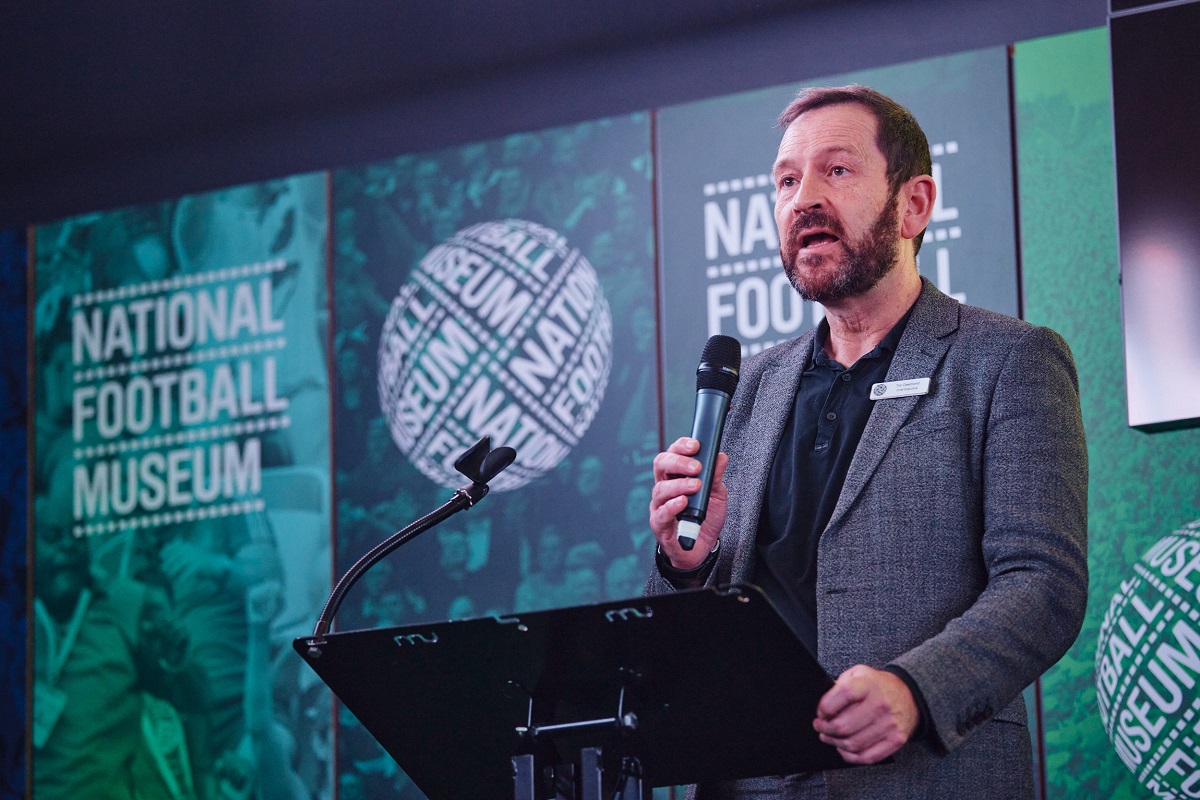 As the most senior figure at the museum, what does football mean to Tim? “My childhood was spent going to watch Chelsea, then as a father, I would go with my kids to Nottingham Forest. It means everything.”

Perhaps unsurprisingly, the Chief Executive of a national football museum believes that the beautiful game is a key cornerstone of this country’s culture. “Football is of huge social and historical significance and for many is the key cultural experience of their lives,” he says. “I see the National Football Museum as using creativity to tell the story of England, the leagues and grassroots. There are so many great stories to tell.”

Tim first visited the museum in 2012, not long after it had made the move from its previous home at Deepdale to the heart of Manchester city centre. “I was working at Nottingham Trent University and we brought a cohort of postgraduates in Heritage. I loved the building and the fact that there was so much to see. I remember being drawn to images from the Stuart Roy Clarke exhibition that reminded me of supporting Chelsea as a child.”

Now in its tenth year in Manchester, the museum has fast established itself as one of the city’s popular cultural attractions. “This is a football city, and we translate the game into a creative and cultural experience for residents and visitors alike. It is as simple as that!”

Since his very first day at the museum, Tim’s favourite item has not changed: the Mini Cooper driven by George Best, one of the first items visitors can see on the galleries. “It reminds me of seeing him playing for Fulham and how he was so famous, even at that time. I am not sure if it is in the right position in the Pitch Gallery, but it certainly catches the eye!” 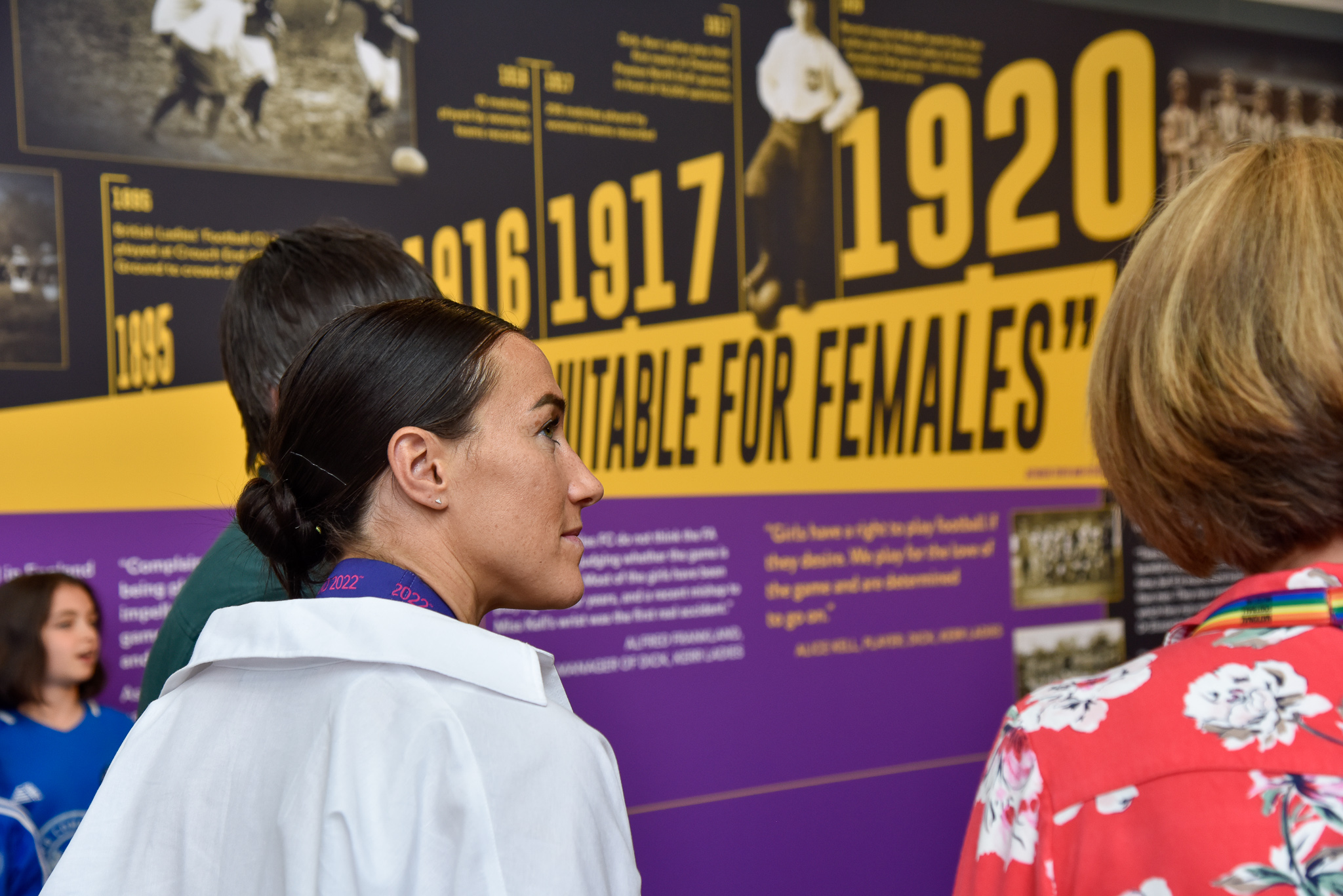 During Tim’s tenure, the museum has staged seven major Score Gallery exhibitions, along with many more pop-up displays in the Pitch Gallery. His favourite, Crossing the Line, told the story of women’s football from the 19th century up to the present day. “It was the right exhibition at the right time, and brought in so many women and girls to see it. It was perfectly complemented by This Fan Girl’s photographic exhibition in the Pitch Gallery, too.”

Where would Tim like to see the museum in another decade’s time? “Ten years is a long time, but I would like to see it be truly a national museum by then, funded by the DCMS and with state of the art exhibition spaces. It could even expand into Cathedral Gardens – or Football Gardens as it will then be called!”