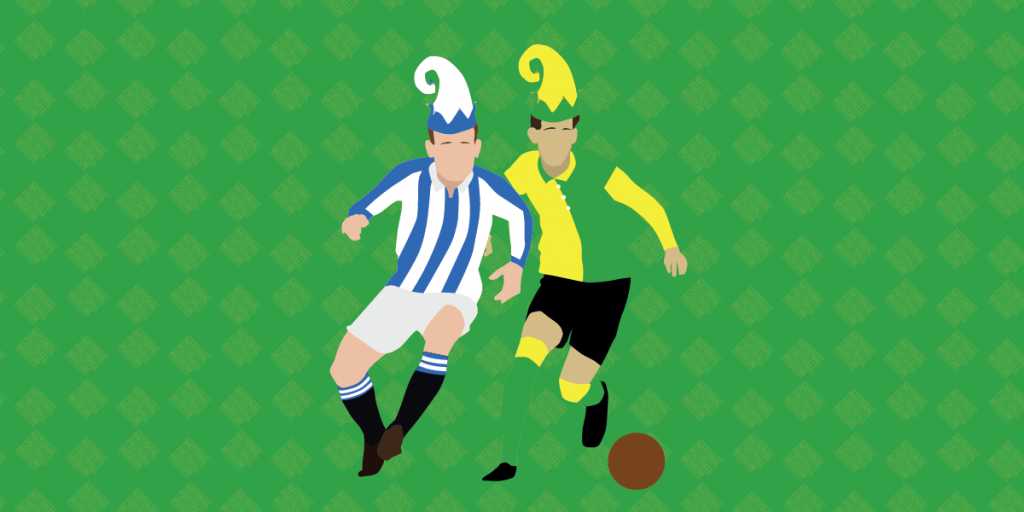 Within nine months of the 1918 armistice, league football picked up where it left off in 1915 (albeit with a few teams moving divisions). The Football League calendar went unbroken for the next twenty years, until war was once again declared in 1939.

During the First World War, the Football League campaign was controversially played to its completion, along with the FA Cup. This time, perhaps motivated by public outcry twenty years prior, the government acted with greater haste. Germany invaded Poland on the Friday; a full afternoon’s fixtures were played out on the Saturday; Great Britain declared war on the Sunday.

Competitive football, bar that organised by the military, was immediately suspended. Halfway through the month, the FA gave clubs permission to stage exhibition matches, provided travel was limited to a 50 miles and gates were limited to 8,000; the latter stipulation was upped to 15,000 by the month’s end.

In lieu of national league fixtures, and with the skies entirely clear of Luftwaffe bombers, the Wartime League was established, comprising of rather fluid regional divisions. The creation of the Football League War Cup followed in April 1940. 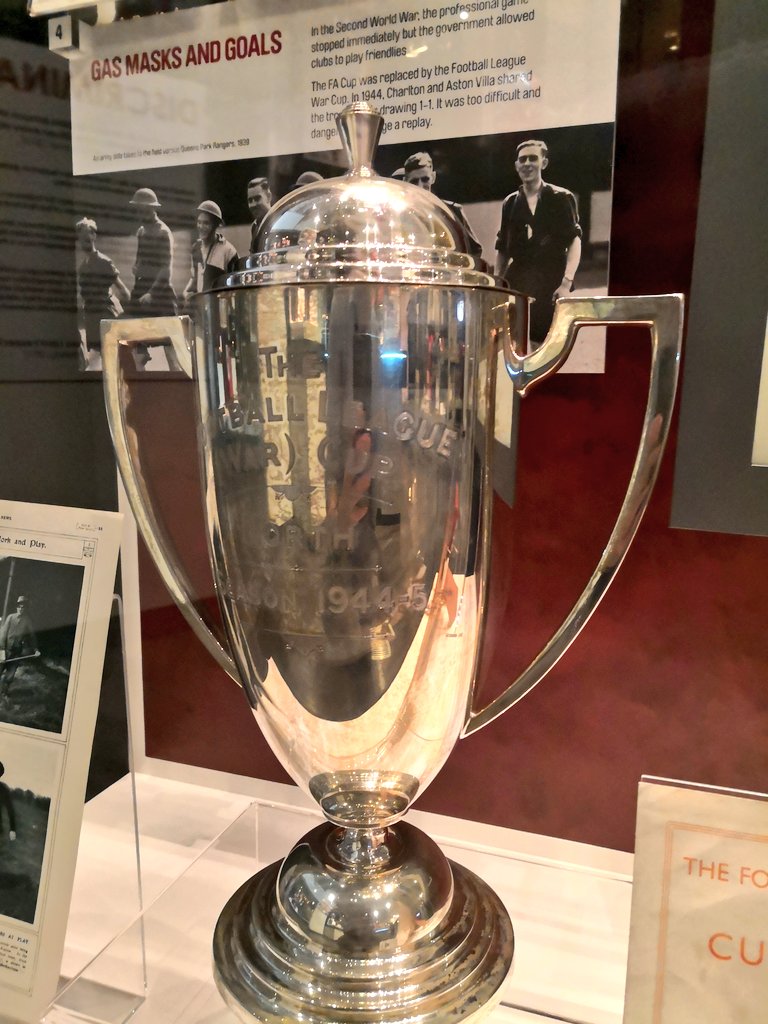 Restrictions were temporarily lifted to allow spectators to see the latter rounds of the War Cup, with 42,399 fans risking a trip to Wembley to see West Ham defeat Blackburn Rovers. The Hammers lifted that inaugural cup in June; within a month, the Luftwaffe were dropping the first bombs on London.

With hundreds of players enlisting to aid the war effort, most teams saw their playing ranks severely depleted. As a result, guest players from other clubs were regular names on the proverbial teamsheets.

It is against this backdrop that we come to Brighton & Hove Albion. Despite losing the bulk of their squad to military service, they did not follow the pattern of other clubs in resigning from league competition; instead, they looked to the youth of Sussex to fill the ranks.

Wartime football was understandably chaotic and often a messy affair. Owing to the significant number of games being forfeited due to a lack of available players, league tables often looked to goal averages instead of points to determine position.

Brighton endured more than their fair share of that chaos in that first season, playing in the somewhat bloated South Regional League. Air raid sirens saw a fixture against Southampton curtailed after just three minutes, and an attempt to replay the fixture the following month was twice interrupted in the same manner.

Despite government campaigns at the time encouraging the limitation of travel, conserving petrol on the roads and freeing up capacity for the military on the railroads, the Football League nevertheless insisted that Brighton should travel to Norwich to play a fixture – on Christmas Day, no less.

According to teenager Charlie Harman, the plan was thus: manager Charlie Webb and four players would get the train to Norfolk the day before, with the rest of the players meeting them at Norwich. The plan invariably failed when the remaining seven failed to show up.

Three of the four – Harman, Roy Watts and Charlie Chase – were juniors. The fourth was their only man of any experience: former Newcastle United inside forward Joe Wilson, who, at the age of 31, was almost old enough to be the Albion juniors’ father. Wilson would go on to play for the club for two years after the war’s end, before taking up roles as a trainer, chief scout and even caretaker manager at the Goldstone Ground.

Norwich officials suggested that the game could be scrapped, but Webb had other ideas. A makeshift team was stitched together to face the Canaries, comprising of the Sussex quartet, Norwich juniors, a Bolton Wanderers player who had been guesting for the hosts, and even spectators pulled from the Carrow Road crowd.

Unsurprisingly, Brighton’s ramshackle line-up was no match for the City equivalent, which featured a number of guest players from Bolton, and prolific forward Fred Chadwick, Ipswich Town’s top scorer in their final pre-war campaign.

Norwich had scored 31 goals in their previous three fixtures, and were in similarly ruthless form on Christmas Day. Chadwick helped himself to a hat-trick either side of half-time, while Norwich winger Sid Plunkett, as well as “Roberts” and “Marshall”, scored a hat-trick apiece.

The home side found the back of the net ten times in the first half, and another eight times after half-time. With goal average taking precedence, the Canaries leapt from sixteenth in the table at the start of play to sixth at its close.

“I remember afterwards Mr Webb saying how proud he was of us,” Harman told The Argus in 2001. “We knew we didn’t have a chance getting people out of the crowd. Come to think of it, we didn’t take it all that seriously, but I’ll never forget it.”

Newspapers across the country reported on the anomalous scoreline. The Daily Mirror wrote: “Wartime Soccer has provided many surprising results, but none so remarkable as the 18-0 victory of Norwich City over Brighton on Christmas Day.”

The Liverpool Daily Post excitedly compared the drubbing with previous Football League records, though noted it was still eight goals shy of Preston North End’s 26-0 demolition of Hyde in the 1887 FA Cup.

(Fortunately for Brighton, wartime football matches would not come to be recognised as official Football League fixtures; instead, their current record defeat is a comparatively modest 9-0 at the hands of Middlesbrough, incurred eighteen years later.)

Had those newspapers known the full context of the game and its participants, the final scoreline would have no doubt registered with less shock – and perhaps more sympathy!