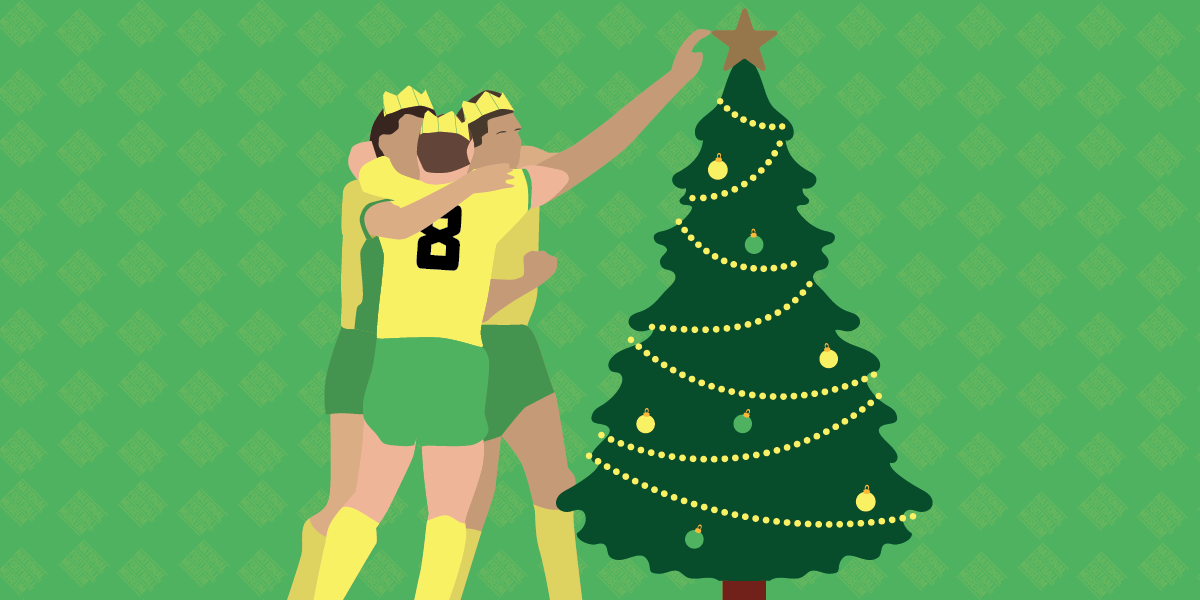 In recent years, football supporters – or, more accurately, football subscribers – have settled in on Boxing Day to watch the best of the festive fixtures.

The near-universal adoption of televisions may have been one of the many factors that led to the decline of football on Christmas Day (see our Seventh Game of Christmas). In the modern day, the revenue from television rights has seen English football evolve into a global cultural phenomenon.

Television sets would take root in British households until the latter half of the fifties. Before then, supporters relied on two sources for their football coverage: tried-and-tested newspaper reports printed the following day, and, from the late twenties, radio broadcasts. 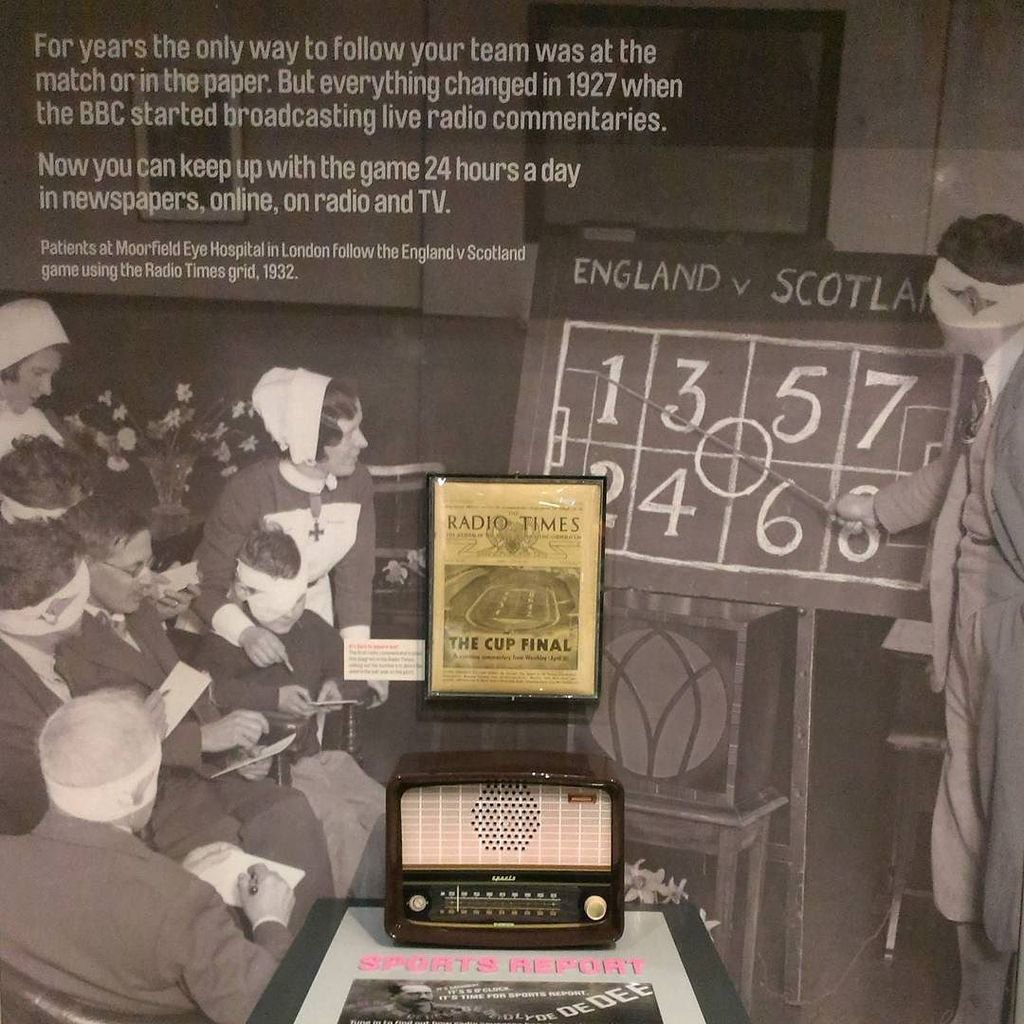 The BBC received its Royal Charter on New Year’s Day 1927, granting the corporation the ability to broadcast major sporting events. Within three weeks or so, Arsenal’s clash with Sheffield United was aired to thousands of homes across the country, featuring commentary from Henry Blythe Thornhill Wakelam.

From audio to visual

The advent of broadcast television allowed viewers to see the action unfold in their own homes, but live football was not possible until after the war. Even then, only FA Cup Finals and the occasional England v Scotland games were made available. The appetite for televised football grew in the sixties, when, after a couple of attempts by ITV to establish a market for it, the BBC launched highlights show Match of the Day to a limited audience in 1964.

Two years later, England’s breathtaking World Cup triumph was broadcast live across the nation: as of 2021, it remains the most watched television broadcast in the United Kingdom, with over 32 million viewers tuning in. Match of the Day was made available nationwide thereafter. In 1970, the replayed FA Cup Final drew an audience of 28 million spectators. Televised football – including live football – was here to stay. 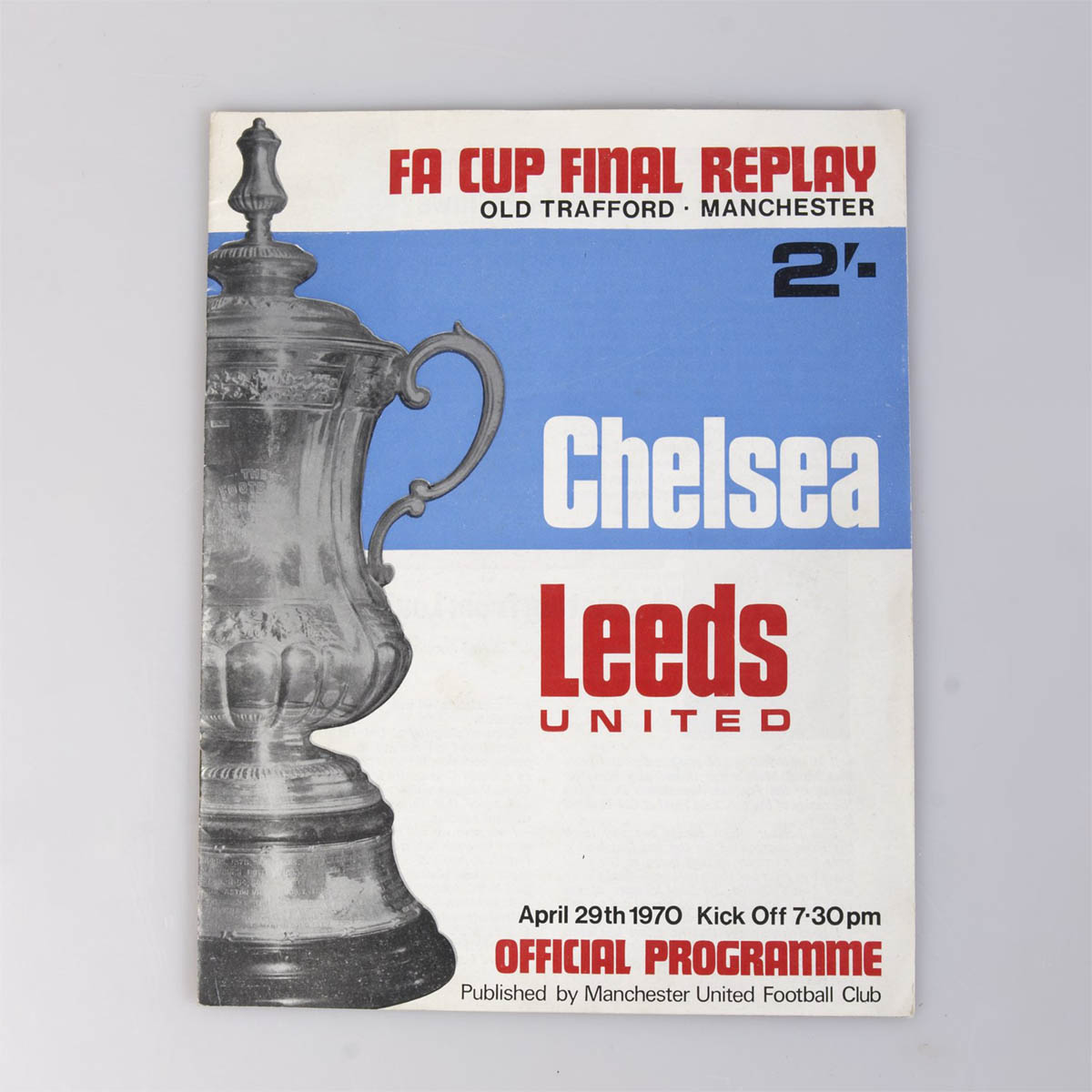 The programme from the 1970 FA Cup Final replay.

ITV had renewed their interest in football: after initially securing exclusive rights to screen football, they were divided between them and the BBC. Both The Big Match and Match of the Day started showing live Football League games. The latter’s first live league broadcast saw Manchester United and Spurs clash nine days before Christmas – but fixtures closer to the festive period would not be shown for another five years.

That honour fell to ITV, who opted to show Norwich City’s fixture at home to West Ham United on the 27th of December 1988. The Tuesday evening game was anchored by presenter Elton Welsby, with Martin Tyler and former England forward Trevor Francis talking viewers through the game from the commentary box.

By Christmas, Norwich City had established themselves as shock title contenders, with Arsenal just one point above them at the top of the table after Boxing Day. Speaking to The Match beforehand, manager Dave Stringer admitted there was “no secret” to the Canaries’ success, praising the squad’s work ethic and togetherness.

Somewhat amusingly, Stringer told ITV “viewers at home won’t know much about our players” before profiling five key members of his squad, among them Bryan Gunn, Andy Linighan and Mike Phelan, who was shown doing a spot of gardening in the VT.

West Ham, meanwhile, were languishing at the bottom of the First Division. Going well in both the FA and League Cups, the Hammers did not enjoy such rich form in the league, having won just three of their opening 17 fixtures. Asked about the contrast in league and cup form by a young(er) Jim Rosenthal, veteran Liam Brady suggested that the burden of being in the relegation places had weighed heavy on the side.

The hosts started brightly in front of a 17,491 crowd, livewire Dale Gordon testing West Ham stopper Allen McKnight with a first-time drive. At the other end, Tony Gale and Alan Dickens saw successive efforts scrambled away by a combination of Gunn and the Norwich defence.

The Canaries played some glorious football in the first period, Andy Townsend in particular shining at the heart of midfield. Only a fine low save from McKnight prevented Trevor Putney from powering home a Gordon cross as Norwich pressed for an opener, but the game remained goalless at half-time.

John Lyall’s side came out for the second half with a little more intent. A speculative bouncing shot from Paul Ince forced a parry from Gunn, while Leroy Rosenior’s deflected goalbound effort was pushed behind by the future Scotland international.

However, Norwich struck the first blow in the 53rd minute, punishing some dubious decision-making from McKnight. The goalkeeper raced out to try and beat Gordon to a Robert Rosario flick-on down the right. Gordon got there first, rounding the stranded McKnight and sliding the ball in from an acute angle. “How did he squeeze it in from there?!” exclaimed Martin Tyler, while the player himself later admitted having visions of “slicing it into the stands”.

Bryan Gunn’s long kick from the back had set the goal in motion, and the goalkeeper’s range played its part in Norwich’s second goal seven minutes later. The ‘keeper’s high ball was flicked on again by Rosario into the path of Robert Fleck, who held off a defender and fed the ball square to the onrushing Townsend. The summer signing poked home a goal befitting his performance, putting City two up with half an hour to go.

West Ham were handed a chance to get back into the tie when Mike Phelan’s soft (though clumsy) push through the back of David Kelly saw the referee point to the spot. Substitute Ray Stewart thumped the spot kick into the top corner to give the Hammers hope with nineteen minutes left on the clock, but despite Ince’s best efforts late on, Norwich held on to claim a richly-deserved three points.

After the match, defeated manager Lyall bemoaned the mistakes made by his side, but saw some positives in the performance. “We have to play like that from 0-0, not two down,” he told the Daily Mirror.

The victory propelled Norwich back up to the summit of the First Division. Their championship challenge fell away somewhat in the second half of the campaign, but the Canaries still achieved a highly respectable fourth-placed finish – enough to qualify for the UEFA Cup, were it not for the blanket ban of English clubs from European competition.

It didn’t get a great deal better for West Ham, either. The Londoners spent much of 1989 in the bottom three, and even a superb four-game winning streak in the final weeks was not enough to salvage their First Division status. A 5-1 thumping at Anfield on the final day consigned them to the Second Division, and long-serving manager Lyall was dismissed after 15 years at the helm.

ITV continued to show live league games up until 192, when the Premier League breakaway and BskyB’s crashing of the football broadcast party shook up the established football landscape. On Boxing Day 1992, “Live Premier League Soccer” was shown on Sky Sports. In the following years, televised football on St Stephen’s Day became the norm (much to the chagrin of some managers).

Just two years ago, Amazon proved to be the latest revolutionary broadcasters to reshape the market. Prior to 2019, a selection of games would be shown by broadcasters around the Saturday 3pm blackout, put in place to prevent live football from impacting physical attendance at games across the pyramid. Amazon purchased the rights to the entire Boxing Day gameweek, streaming all ten fixtures – including nine on Boxing Day – simultaneously online.

The feat hasn’t been repeated since, but settling down to an afternoon of televised Boxing Day action has become part of the fabric of festive football fandom.