Twelve Games of Christmas: Christmas Cracker at the Bridge Calendar 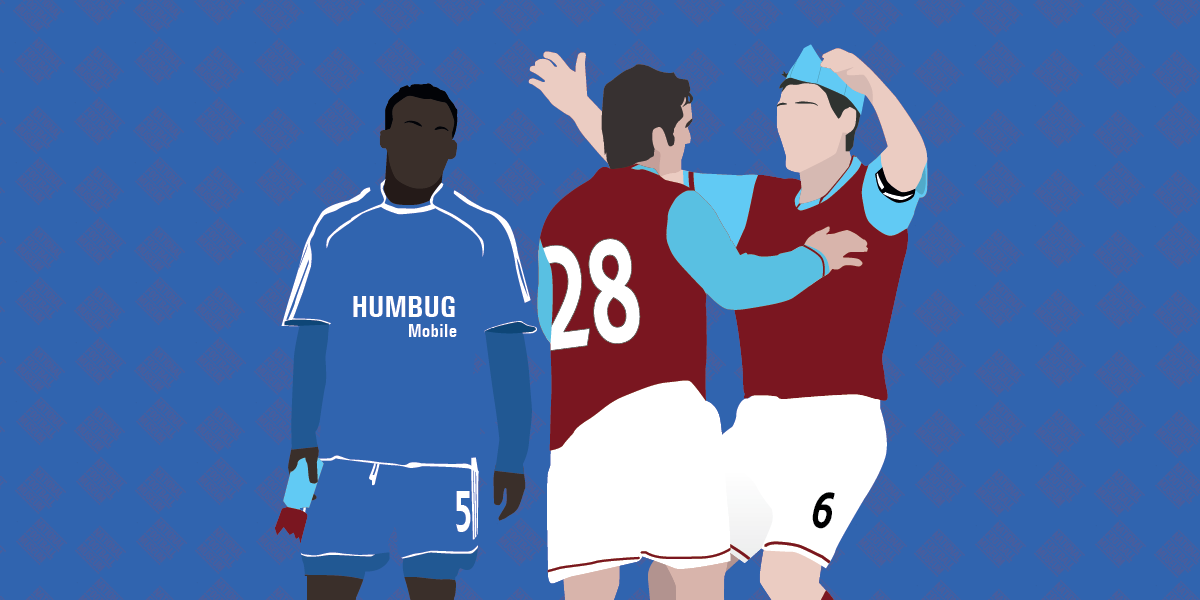 Even in the Premier League era, it’s rare that one particular game has it all: goals and gaffes, clashes and controversies. It’s rarer still that such a game would fall on Boxing Day.

26th December, 2007. Chelsea found themselves six points off the pace compared to London rivals Arsenal; Aston Villa were within touching distance of the European places.

The Blues had lost just three times in the league up to that point – and that first defeat came at Villa Park, Zat Knight and Gabby Agbonlahor putting José Mourinho’s men to the sword. The enigmatic Portuguese was relieved from his duties one game later, with the ‘Special One’ enduring a difficult start to his fourth season at the club. 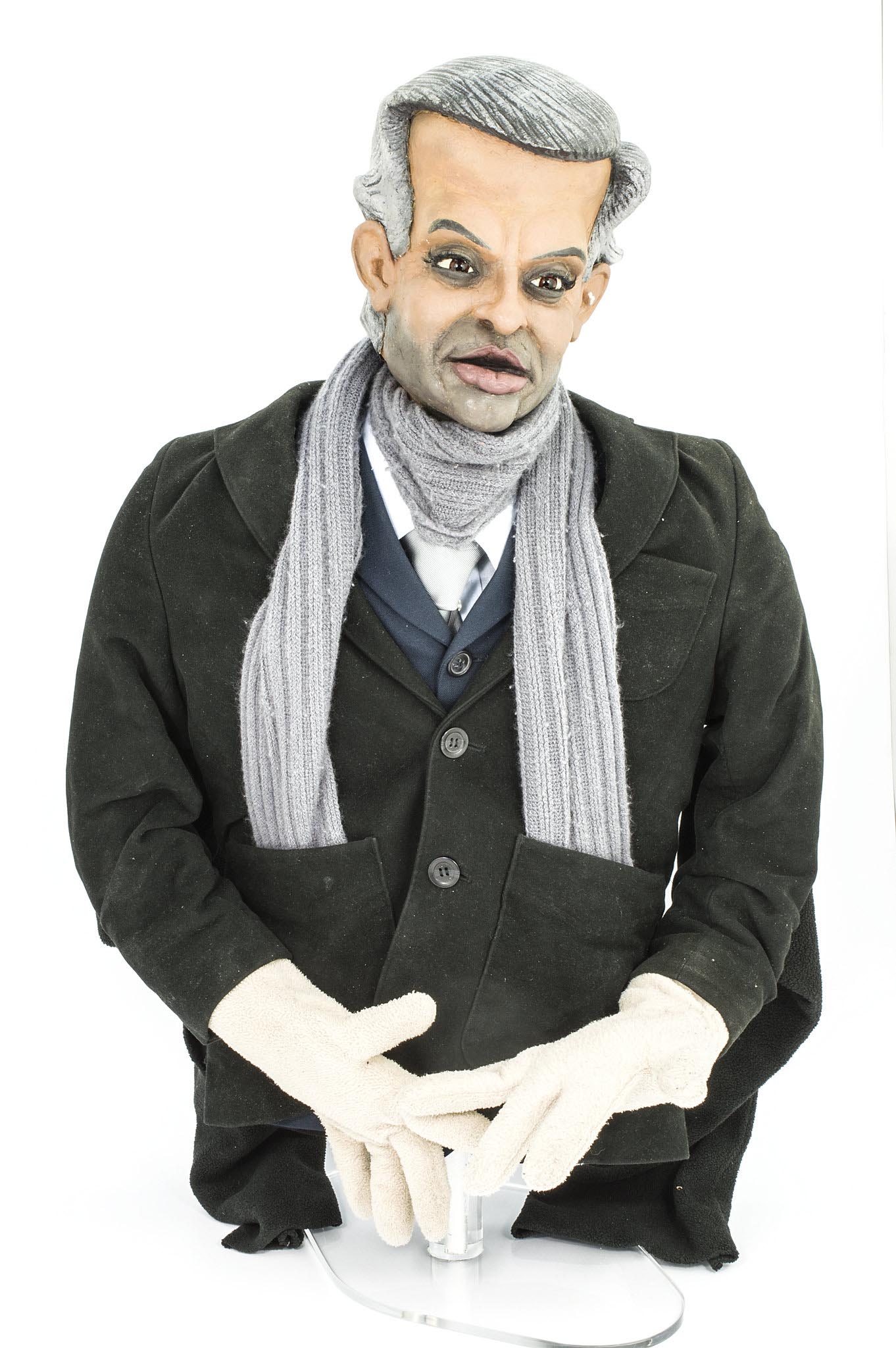 Despite their top-half position, Villa were not in a rich vein of form themselves, four consecutive wins followed up by two home defeats and two stalemates. Martin O’Neill had been pleased in some respects, frustrated in others; in three of those four games, the Midlands outfit had conceded the opening goal within the first ten minutes or so.

Petr Cech’s headguard on display in the Play Gallery.

Avram Grant was without the services of John Terry and Didier Drogba for the lunchtime kick-off, though Petr Cech was deemed fit enough to take his usual place between the sticks.

The crowd at Stamford Bridge had not seen their side lose on home turf in almost four years, and, despite the absence of their talismanic centre-half and centre-forward, could be forgiven for expecting a relatively routine victory.

No Bridge too far

Aston Villa had other ideas. John Carew had been praised by O’Neill after his performance against Manchester City, calling him “unplayable at times”. The towering Norwegian played a significant role in the shock opener, heading Agbonlahor’s cross into the path of the unmarked Shaun Maloney. The flag stayed down as Maloney slid in, the close-range volley giving Cech no chance.

Chelsea were dealt a further blow when Frank Lampard hobbled off with a thigh injury. It could have been worse had Cech not denied Agbonlahor at his near post – but the ‘keeper shouldered responsibility for Villa’s second just before half-time.

Maloney beat Claudio Pizarro on the right and cut inside Alex, firing a speculative shot towards goal from the edge of the area. It looked a routine save for a goalkeeper of Cech’s calibre, but the ball bounced just in front of the Czech, looping off his gloves and despairingly beyond him into the net.

Villa would have been delighted to head down the tunnel with a two-goal advantage, only for a challenge in the dying seconds of the half to change the entire complexion of the game.

Michael Essien shaped to shoot and sold the entire Villa backline a dummy, instead feeding the ball towards Michael Ballack. When the substitute was bundled over clumsily by Knight in the area, Phil Dowd pointed to the spot – and, despite, vociferous objection, gave the centre-half his marching orders. Andriy Shevchenko kept cool and sent Scott Carson the wrong way, halving the deficit at the interval.

Three goals, injuries, calamitous goalkeeping, contentious decisions and a late dismissal set the stage for an equally frenetic second half. Five minutes in, Chelsea made good on their one-man advantage. Shevchenko scored his eighth (and final) goal of the season, a 25-yard cracker that flew into the top corner.

The Blues completed a remarkable turnaround in the 66th minute. Shevchenko turned provider, threading a pass into the path of Alex. The centre-half took a touch befitting of a playmaker to get around half-time substitute Curtis Davies, then lashed a low shot below Carson to spark wild celebrations.

Throughout the season, Villa were considered one of the Premier League’s most dangerous sides from set pieces, and even without the presence of Knight, could still pose problems in the air. When Ashley Young swung in a deep free kick from the left, Martin Laursen, ghosted away from Ricardo Carvalho. The centre-half could scarcely believe his luck as he steered a volley past Cech, stunning the Stamford Bridge faithful.

Carvalho’s afternoon did not improve thereafter. Villa looked to counter on halfway through Abgonlahor, whose heavy touch put him on a collision course with the Portuguese centre-half. Though he won the ball, Carvalho launched himself into a two-footed challenge, at one point leaving the floor, and was duly dismissed for the dangerous tackle.

Level again on the scoreboard and player count, all three points were very much up for grabs. With two minutes remaining, Joe Cole won a free kick right on the edge of the box. Up stepped Ballack, curling a fine low free kick through the wall and in.

The Bridge and the players celebrated as though the game was won, but there was plenty of time left for late drama. A looping cross from Villa skipper Gareth Barry caused all manner of problems, and Ashley Cole was deemed to have used his hand to keep out Agbonlahor’s goalbound header.

Amidst a chorus of boos and whistles, Barry stepped up to convert the second penalty of the afternoon – a carbon copy of Shevchenko’s, going low to the left as Cech dived right. Nine-man Chelsea held on for the final moments: Avram Grant was stony-faced during the handshake exchange, with O’Neill keeping his emotions in check.

What the managers said

Both bosses had axes to grind in their post-match interview, with O’Neill considering the penalty “dubious”, and Grant feeling similarly aggrieved about Cole’s contentious handball and dismissal: “I saw it again on the television and it was not a penalty but I cannot change it.”

Despite salvaging a last-gasp draw, the Villa manager admitted that he had mixed emotions on the day, having seen his side dominate many of the day’s exchanges. “I don’t know whether I’m delighted to get a point… or disappointed that we haven’t won the game.”

Though it was a third draw on the bounce for Aston Villa, they used the positive momentum to break their winless streak. Wins at Wigan Athletic and against Spurs and Reading followed, with centre-halves unsurprisingly accounting for four of their seven goals (of the other three, 6ft 5in Carew scored two).

Had they not gone winless in their final three games, Villa may have obtained fifth place and a spot in the UEFA Cup. Instead, they settled in sixth, five points off Everton, and had to make their way through the Intertoto Cup to get into the European competition.

Despite losing key players to injury and, later, the African Cup of Nations, Grant’s Chelsea performed admirably for the rest of the season, losing the League Cup final to an extra-time goal against Spurs and finishing just two points shy of title winners Manchester United.

The Israeli coach also guided the Blues to their first ever Champions League final, only for the Red Devils to triumph again, John Terry slipping and missing a decisive penalty in the shootout. Grant’s contract was terminated three days later: such is life in 21st century elite football.