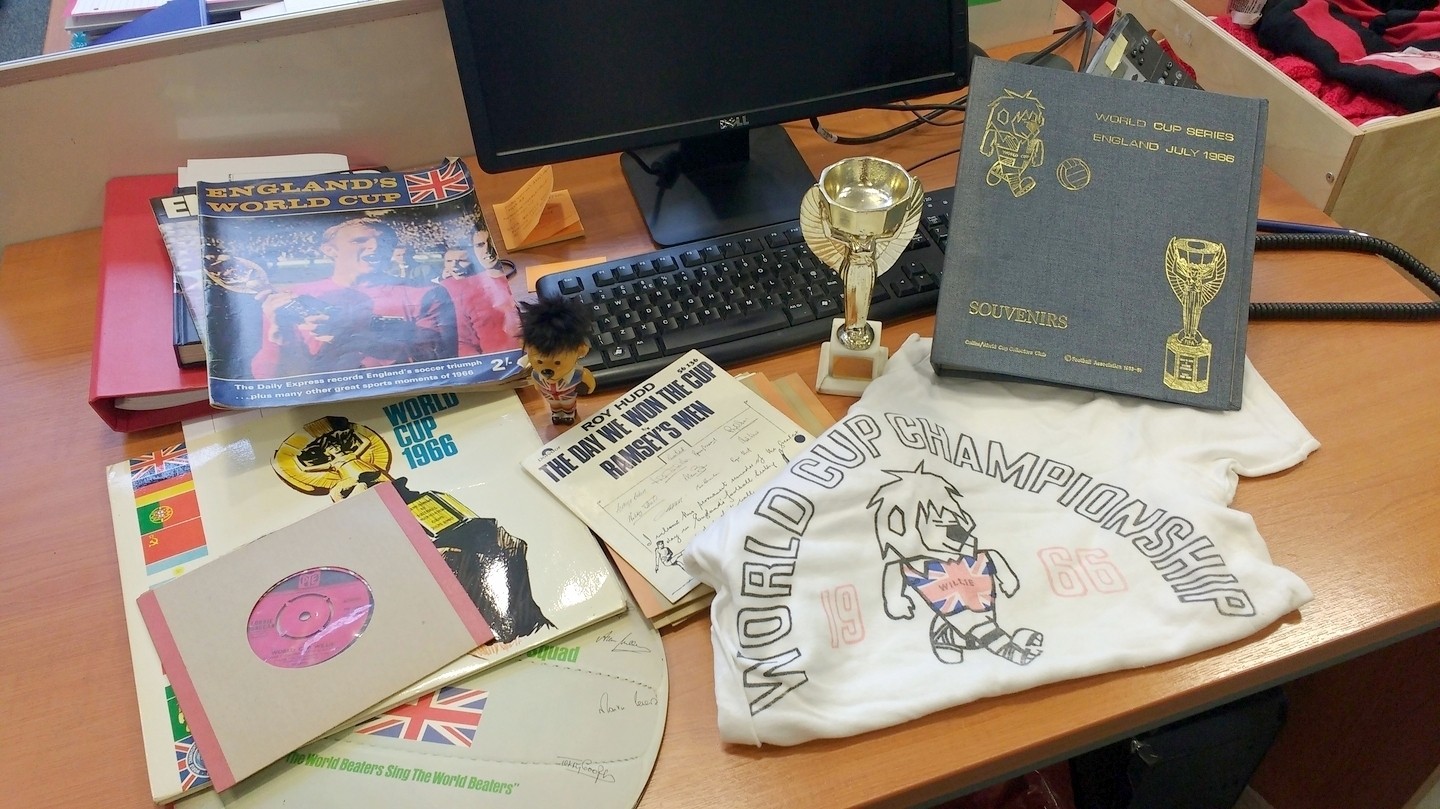 Preparations are well under way here at the museum as we continue to uncover new stories and connect with fans who were there for England’s finest hour; The 1966 World Cup. We have been delighted by the generosity and number of objects offered by members of the public, who are keen to support the exhibition and help us mark this historic fiftieth anniversary year.

Our collections team are extremely excited by these objects and the important first-hand stories they will help us tell about the tournament. The photo here shows the contents of just a single box sent to us by a supporter who attended the final along with her sister and brother-in-law. The drama of the action on the pitch was offset by the worry that her sister – due to give birth to her first child at any moment – may need to be rushed to hospital at any minute! The three took a transistor radio with them just in case, as they were keen to follow the match in any eventuality.

It’s fantastic personal stories like these that provide a real insight into the daily drama of ’66, and will be an invaluable addition to the wider story of the tournament in the museum’s commemorative exhibition opening later this year.

The museum announced a 1966 exhibition partnership with The Football Association in January 2016. The exhibition will be jointly staged at the museum’s Manchester home and Wembley Stadium, and will celebrate the glory of 1966 and the legacy of England’s win fifty years after the event.

It has been made possible thanks to a £302,500 Heritage Lottery Fund (HLF) grant and will open later this year.