This week’s object is the FA Amateur Cup, a trophy awarded to the winner of the most prestigious English amateur club competition, running from 1893 until 1974.

What is the FA Amateur Cup?

The FA Amateur Cup was the premier cup competition open to FA affiliated amateur clubs. After 81 years, the competition ended when ‘official amateur status’ was abolished in 1974. The competition was won by 36 of the country’s most established non-league clubs, the most successful club being Bishop Auckland who won the cup a record ten times.

The final of the competition was held at various venues across the country, usually local to one of the finalists. In 1949, the FA decided to move the final to Wembley Stadium. The finals were extremely popular, gaining attendances of over 100,000 throughout the 1950s. 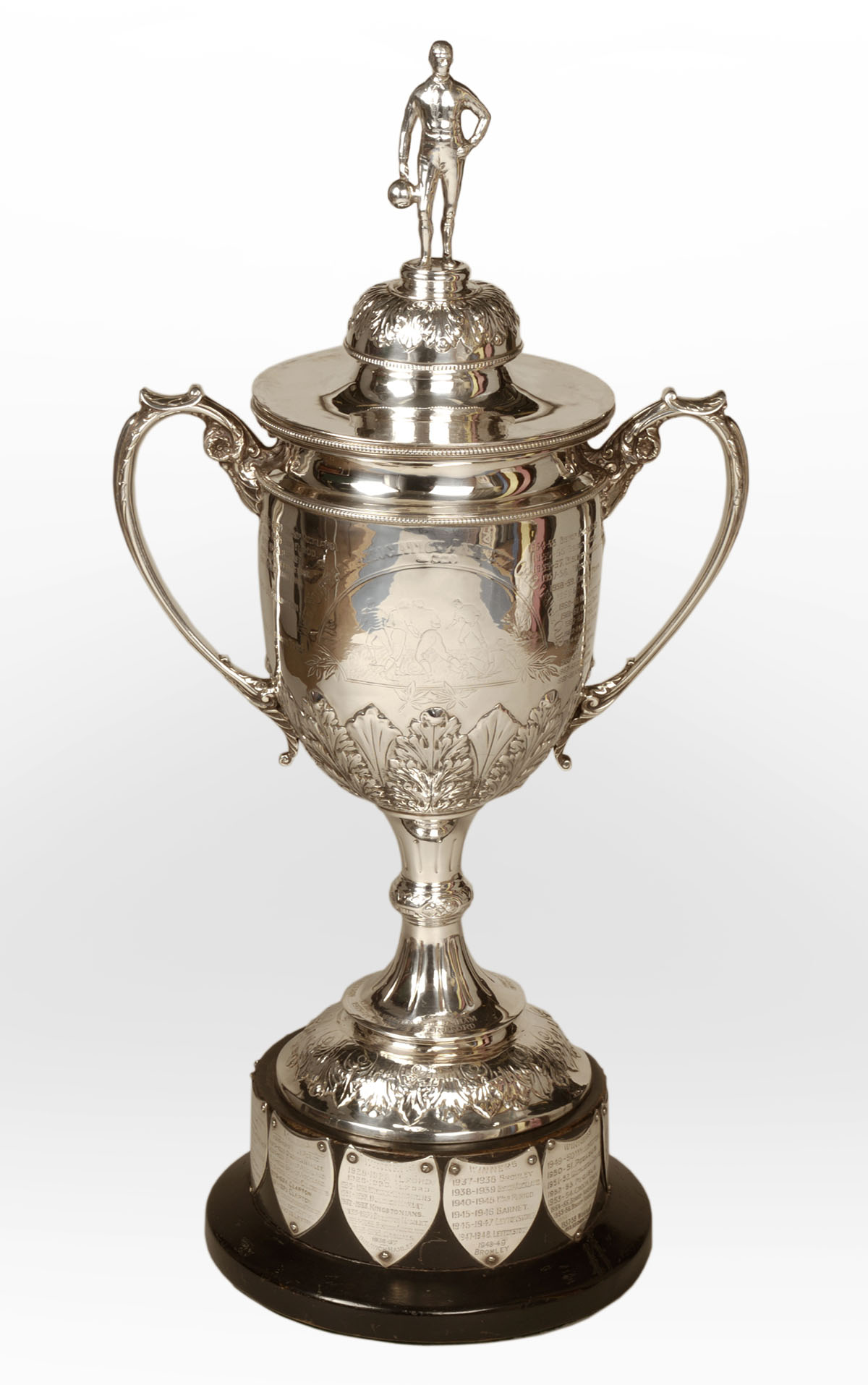 The 1973-74 season saw the end of the competition. In its place the strongest amateur/semi-professional clubs entered the FA Trophy and FA Vase, both of which continue to this day. There were a handful of FA Amateur Cup winners who later became professional clubs including Wimbledon FC, Middlesbrough, Barnet and Wycombe Wanderers.

One of the most successful clubs in the tournament’s history was Clapton FC, who lifted the cup on five occasions. Clapton’s second cup win in 1909 even featured football trailblazer and new National Football Museum Hall of Famer, Walter Tull. The final was a one-sided affair with Clapton beating the Teesside based Northern League side Eston FC 6-0. A young Walter Tull was one of the team’s star players. He scored 11 goals in a year at the club and reportedly never found himself playing on the losing side!

Walter Tull would go on to become the third player of mixed heritage to play in the English Football League when he joined Tottenham Hotspur following the Amateur Cup win. He overcame adversity and racism from opposing fans, being labelled Spurs ‘most brainy forward’ and ‘the best forward on the field’ in match reports at the time. He later joined Northampton Town, then managed by tactical innovator Herbert Chapman. Chapman would later find success at Huddersfield Town and Arsenal and is still seen as one of the most influential and successful managers in English football history.

Tull’s career was to be interrupted by the First World War. He enlisted in the British Army in December 1914 and would serve in the two football battalions, fighting at the Battle of the Somme. Tull would then become the first mixed-heritage infantry officer in the British Army. He was commended for his gallantry and recommended for the Military Cross.

Sadly, Tull gave his life for his country when he died on the battlefield in March 1918; his body was never recovered. He has since been commemorated in Northampton and across the UK and the National Football Museum has a permanent display following Tull’s life and career.

On display at the museum, the FA Amateur Cup reflects the prestige of the former cup competition for amateur clubs and is also a vital part of the footballing career of pioneer Walter Tull. The Folkestone-born forward is now amongst the greats of English football as the newest member of the National Football Museum’s Hall of Fame.