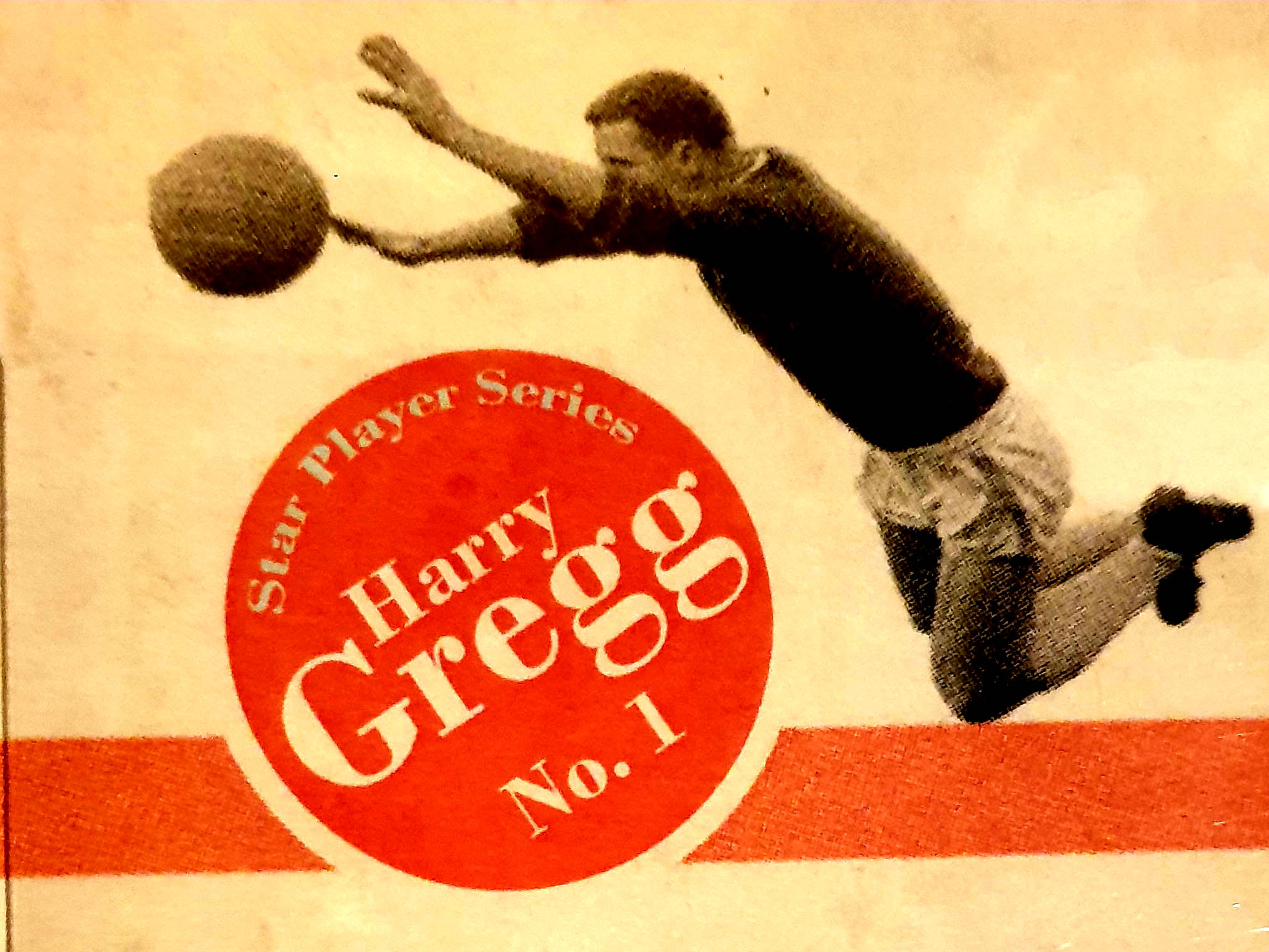 Who was Harry Gregg?

6th February 1958 — A date that will always be remembered

February 6th marks the anniversary of the Munich Air Disaster. Flight 609 was headed from Belgrade to Manchester, stopping at Munich for refuelling. Manchester United team, nicknamed the ‘Busby Babes’, were on this flight, returning to Manchester from a European Cup match. On its third attempt to take off from the refuelling stop in Munich, the plane crashed. There were 44 people on board the plane, of which only 21 survived.

Harry Gregg was one of the survivors. He pulled his teammates Bobby Charlton, Jackie Blanchflower and Dennis Viollet, his manager Matt Busby, a pregnant Vera Lukić and her young daughter Vesna from the burning plane.

What happened after the disaster?

The aftermath of the disaster for the club was devastating — but they persisted. Harry Gregg played in United’s first match back, an FA Cup fifth round tie against Sheffield Wednesday. The fixture took place at Old Trafford almost two weeks after the disaster: of the survivors, only Gregg and centre-half Bill Foulkes were able to be named on the teamsheet. 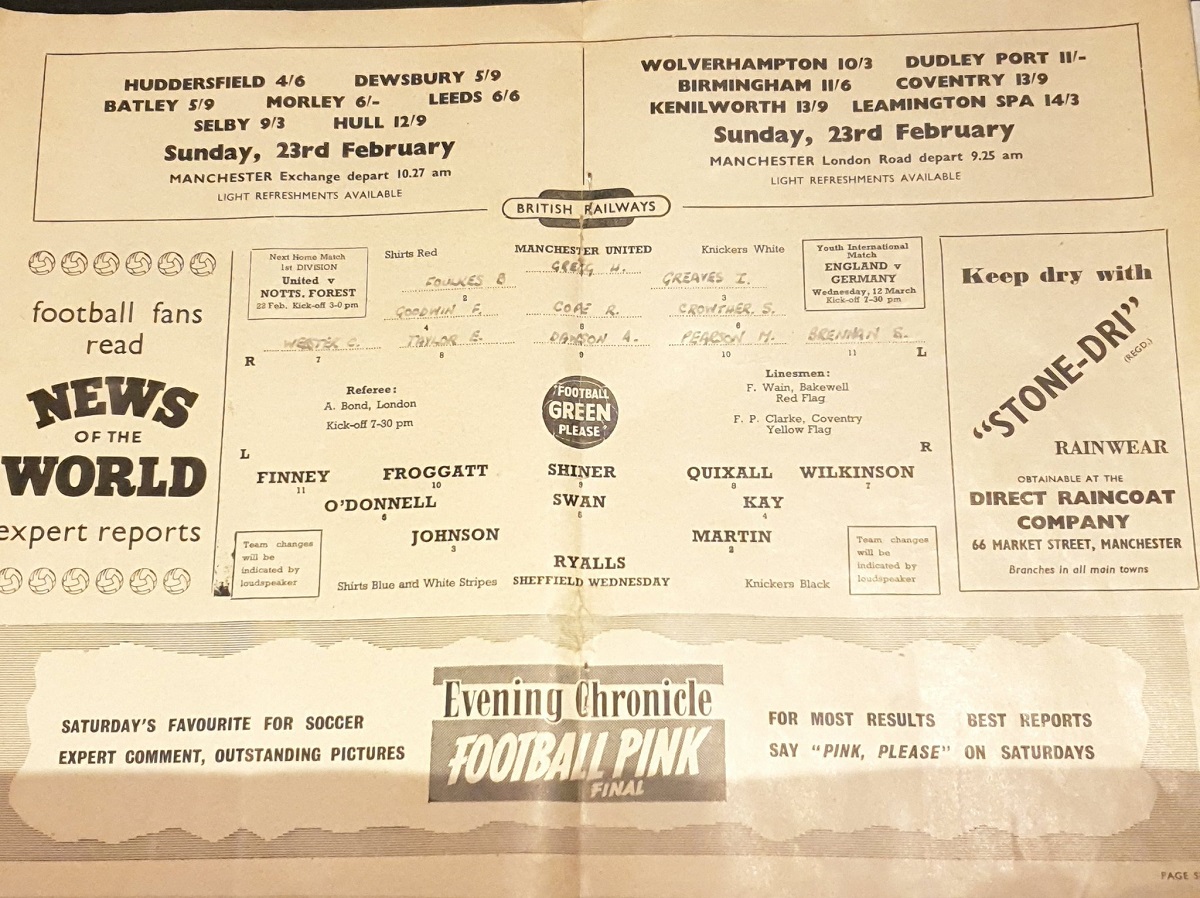 Amidst the tragedy and emotion, United won the game 3-0, and would ultimately go on to reach the FA Cup final. This shirt is the one he wore during the final, where they faced Bolton Wanderers. 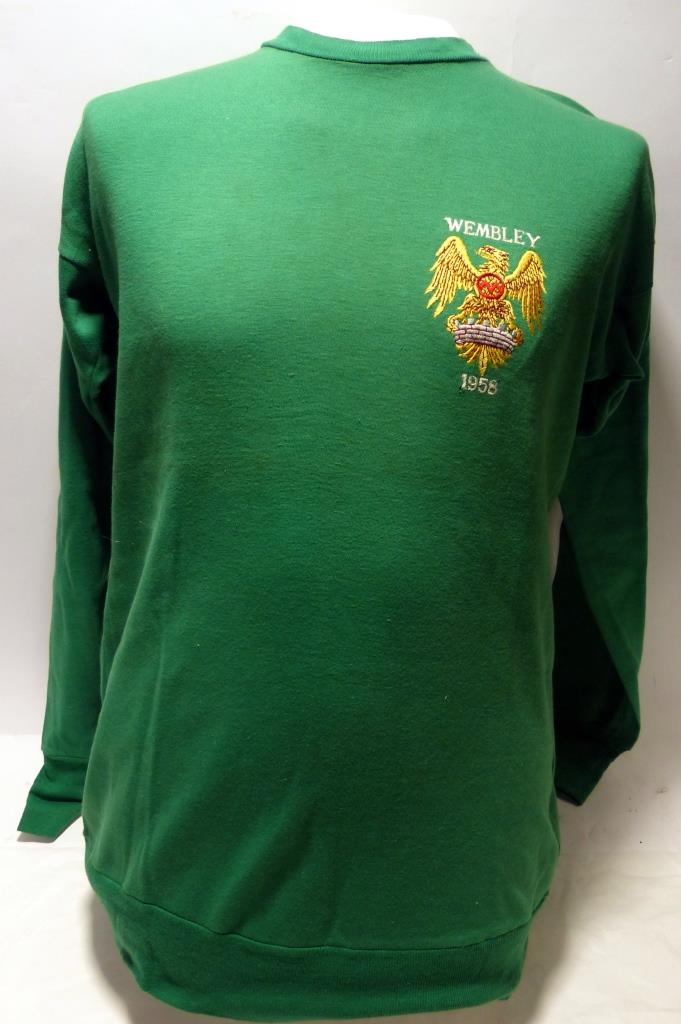 Only four of the players at the club at the start of the 1957-58 season would feature in that final: Gregg, Foulkes, and forwards Charlton and Viollet. Bolton would emerge victorious, defeating a very different United side 2-0.

Gregg himself was involved in one of the game’s most significant moments. In the 50th minute, with United one goal behind, the goalkeeper parried a shot skyward; as he attempted to catch it, Nat Lofthouse bundled Gregg (and the ball) over the line. The challenge rendered Gregg unconscious, but the goal stood, sparking many conversations about protecting goalkeepers from such challenges. 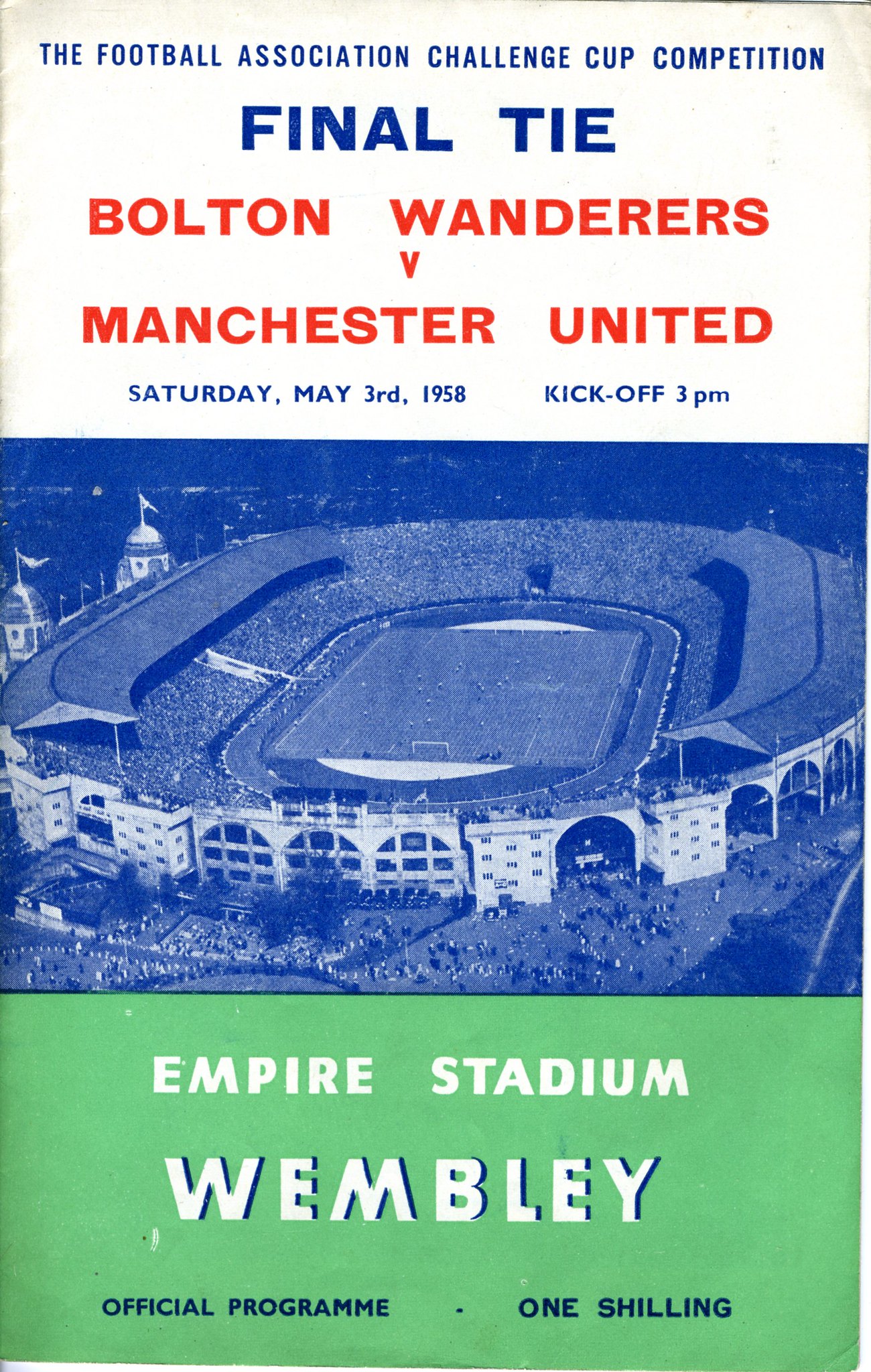 What other objects are there in the Harry Gregg Collection?

His collection contains various different shirts, many of which he will have swapped with footballers he played against, and some of his own shirts. We also hold his international caps for Northern Ireland, as well as a number of photographs from across his career. 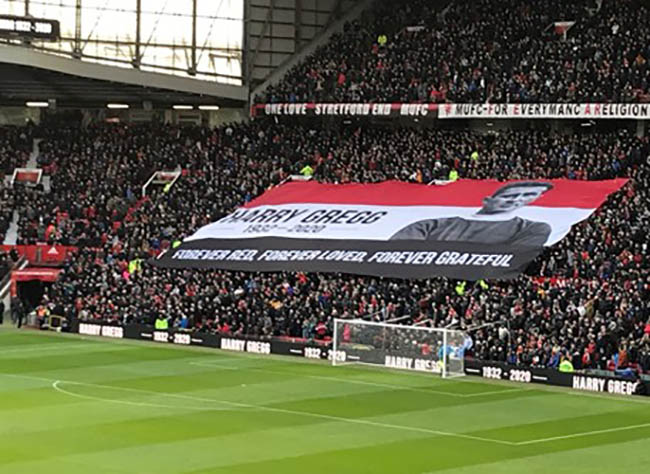 This picture is my own from Manchester United at home against Watford on 23rd February 2020, after Harry Gregg passed away a week before on the 16th. A tribute banner passed over Stretford End with a picture of him, his name, the years of his life, and the words “Forever Red, Forever Loved, Forever Grateful”. He meant so much to the club, and will forever be remembered.