Here at the National Football Museum we are getting very excited about the upcoming UEFA Women’s Euro 2017! We are currently working on developing a gallery in the museum entirely dedicated to the history of women’s football and so we felt that now would be the perfect time to start sharing some of the amazing stories that we’ve been finding in our collection.

England will be facing Scotland in their opening fixture of the competition, and we’ve found programmes, trophies and memorabilia from earlier clashes between the old rivals. Read on to see how they compare with the modern day.

Our collection shows not only how far the women’s game has come in terms of publicity and popularity, but also the difference in how players are viewed and treated. It took a long time for women’s football to gain the recognition that we know it deserves, and it’s only recently that women have been able to pursue football as a career. 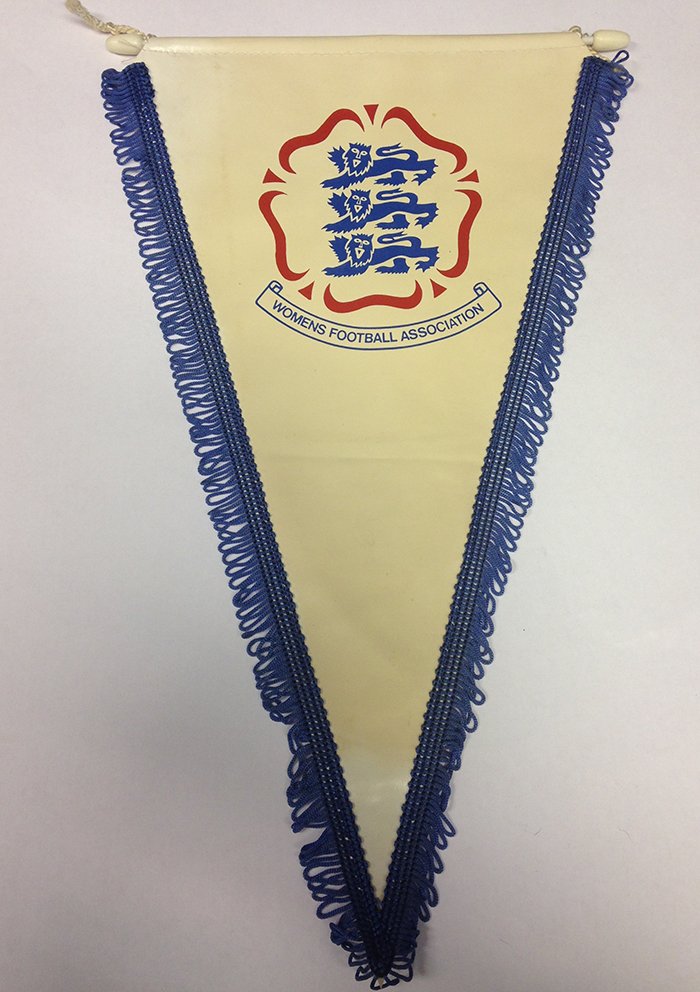 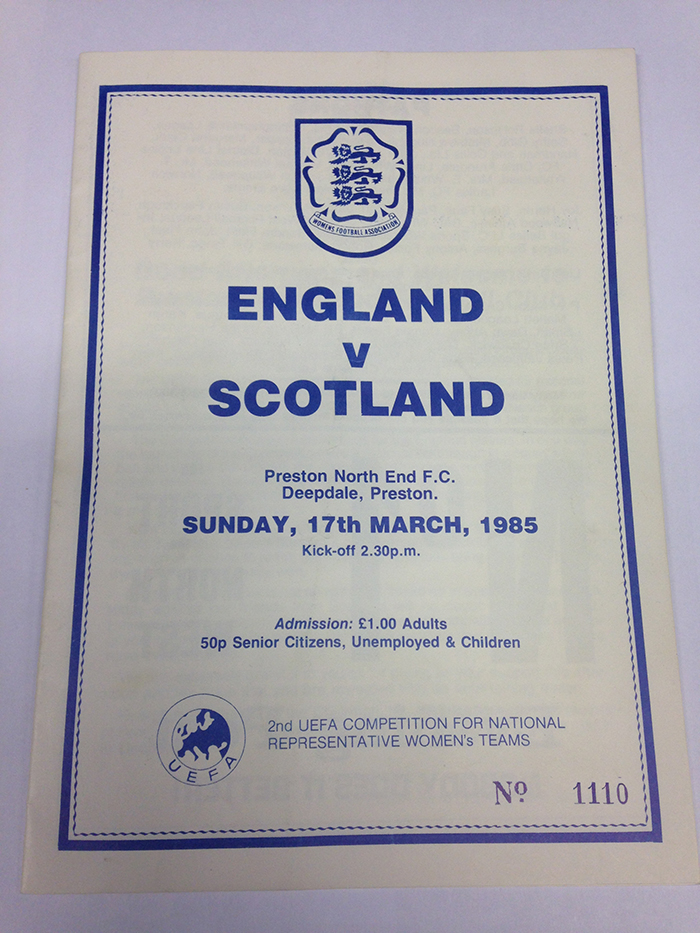 Decades ago, during the infamous FA ban on women’s football – which came about after WW1 with support of doctors who claimed that football might be damaging to women’s health – England and Scotland organised their women’s leagues through respective Women’s Football Associations. The WFA was founded in 1969, while the SWFA followed in 1972. The women, and men, involved were normal people with normal jobs who loved the game and were determined to continue no matter what barriers stood in their way. They often met to discuss plans for matches in the pub after working full-time hours!

In the early 1980s the UEFA Competition for National Representative Women’s Teams was established – the predecessor to the UEFA Women’s Euro. While digging around in our collection, we found a programme for a match played between England and Scotland in the group stage of the second of these competitions. The match was played here at the site of the National Football Museum archive at Preston North End Football Club.

England won the match 4-0 and went on to qualify for the final tournament, taking fourth place overall.

Printed inside the programme are messages from the WFA and the SWFA, both of which point to the sense of breakthrough for women’s football and the hope they had for the future of the game: 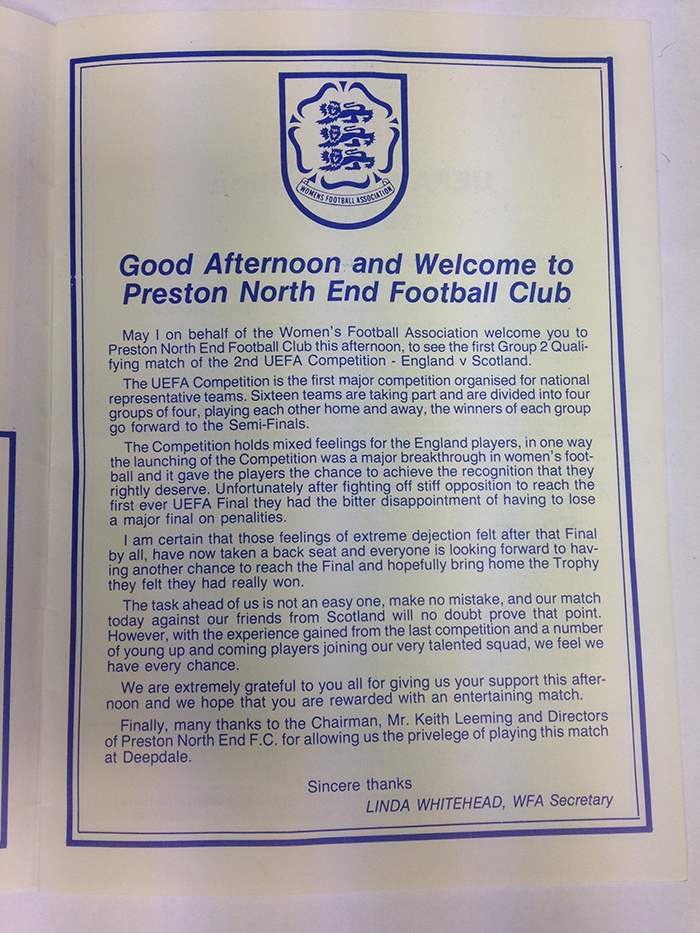 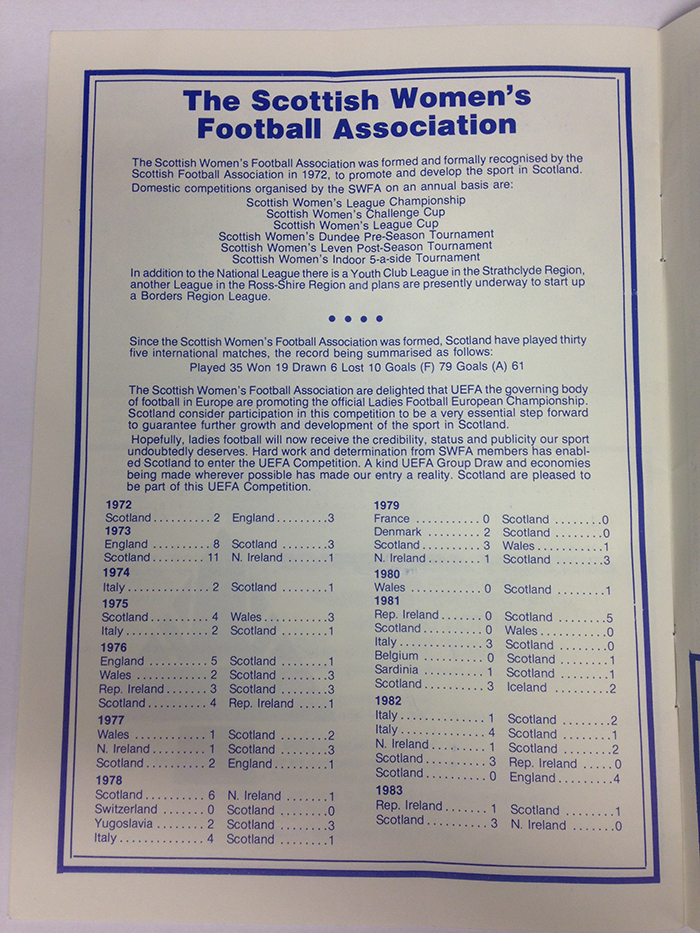 “The competition holds mixed feelings for the England players, in one way the launching of the Competition was a major breakthrough in women’s football and gave it a chance to achieve the recognition that they rightly deserve. Unfortunately after fighting off stiff opposition to reach the first ever UEFA Final they had the bitter disappointment of having to lose a major final on penalties.”

“The Scottish Women’s Football Association are delighted that UEFA the governing body of football in Europe are promoting the official Ladies Football European Championship. Scotland consider participation in this competition to be a very essential step forward to guarantee further growth and development of the sport in Scotland.”

Now, over 30 years on, we see national players like Steph Houghton and Toni Duggan who can play football for a living. The majority of players are still only semi-professional, but the establishment of an elite, fully-professional level gives young girls something to aspire to – a far cry from the after-work meetings in pubs of the WFA during the 1970s and 80s. 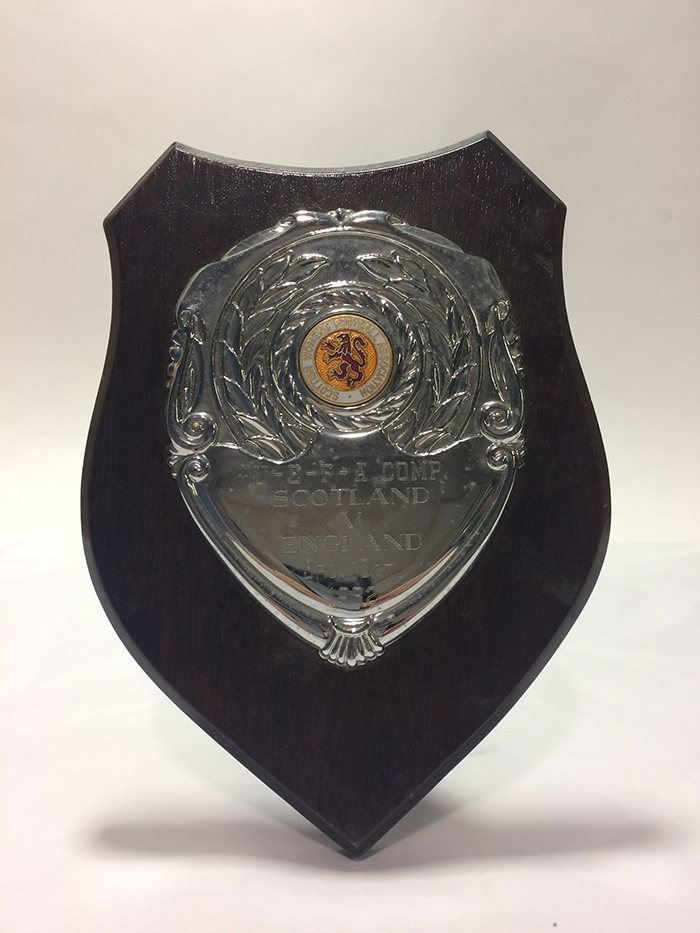 And if you think this trophy from our collection – which commemorates the 1982 UEFA Women’s Euro qualifier match between England and Scotland – is nice, we encourage you to look at this year’s trophy – 60cm tall and made from 10kg of sterling silver – a true symbol of the continuous growth of the game.

Women’s football has had a tough time but is an increasingly popular and publicised game and we can’t wait to cheer on the Lionesses after all that they have achieved!

If you have an interest in women’s football or have a story or memory to tell, tweet us @FootballMuseum. And be sure to keep an eye out for our dedicated Hidden History blogs, where we will be sharing detailed stories from our collection to bring the history of women’s football to light.

It’s a bit different to the publicity for #WEURO2017… This week, our search through the women’s collection has landed on some bunting from the unofficial Women’s World Cup held in Mexico in 1971. Much of the promotional material from international women’s matches of the 60’s and 70’s featured cartoons of rather scantily clad players – as you can see here! Attitudes to women’s football have come a long way since then. Keep up with our weekly discoveries here as we continue to unlock this #hiddenhistory. Don’t forget we would love to hear your stories and memories of women’s football so share your own stories and memories with us in the comments here, or tweet us @FootballMuseum. #womensfootball #lionesses #Mexico71 #footballmemorabilia #italia #denmark #mexico #argentina #france #england

A post shared by National Football Museum (@nationalfootballmuseum) on Jul 10, 2017 at 9:39am PDT

Can you help unlock the #hiddenhistory of women’s football? This poster from the 1970 ‘Coppa Del Mondo’ in Italy is one of a number of items we’re finding in relation to unofficial women’s tournaments which took place long before the first FIFA Women’s World Cup in 1991. This group stage match between Czechoslovakia and Denmark ultimately didn’t take place, as the Czechs pulled out of the tournament. Denmark went on to win the tournament, beating Germany, England and hosts Italy. Do you remember watching, or did you even play in any of these pre-FIFA tournaments? Share your stories and photos with us to help unlock the #hiddenhistory of women’s football. #womensfootball #WEURO2017 #Lionesses #CalcioFemminile #MartiniRossoCup

A post shared by National Football Museum (@nationalfootballmuseum) on Jul 3, 2017 at 6:20am PDT