It is the UEFA Women’s EURO 2009 runners-up medal that was awarded to England Women manager, Hope Powell MBE. England lost to the final to Germany, going down 6-2 at the Olympic Stadium in Helsinki. 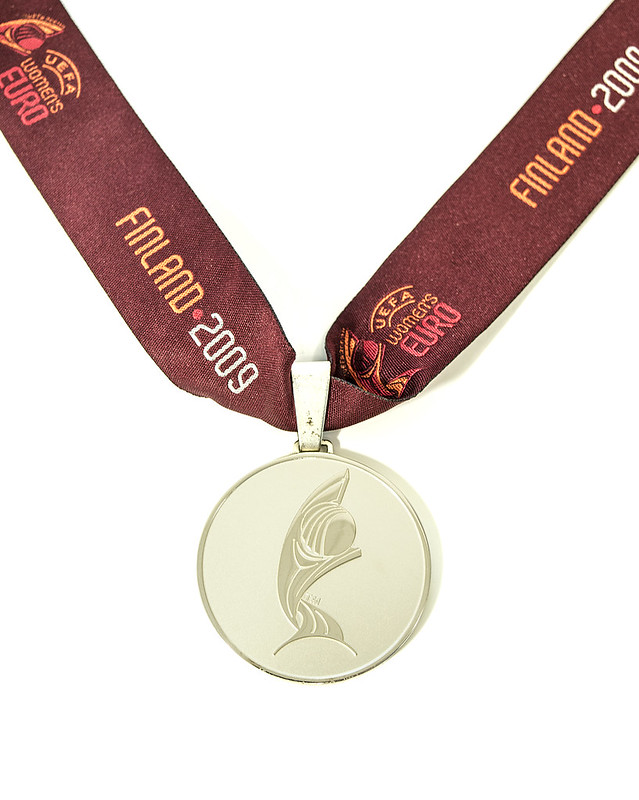 What more can you tell us about the Women’s EURO?

Founded in 1982 as the European Competition for Women’s Football, there have been 12 editions of the UEFA Women’s EURO, with the 13th being hosted by England this year. Whenever Germany have featured in a final in the competition, they have not tasted defeat. They are also the country that have won it the most — an incredible eight times!

England have reached the final of the Women’s EURO twice: in 1984 and in 2009. The first was lost to Sweden across two legs: the pictured medal was from that second defeat against Germany. England have only hosted the competition once before this year, failing to progress beyond the group stage of their home tournament in 2005.

How did the 2009 edition of the competition play out?

The 2009 edition was hosted by Finland. Germany’s Inka Grings was the top goalscorer of the tournament. It was clear that Germany were the stronger team going into the final, as they were also the reigning World Cup holders, but England did well to reach the final for the first time since 1984. It was clear that the team was building under Powell’s management.

What about the final itself?

Germany struck first, with Birgit Prinz and Melanie Behringer put the team 2-0 up. England pulled one back almost immediately through Karen Carney, halving the deficit prior to the interval. Five minutes after the restart, Germany extended their lead via Kim Kulig, but Kelly Smith kept the Lionesses in it with a goal before the hour mark. However, a brace from Inka Grings, and another from Prinz, meant that Germany secured the championship. 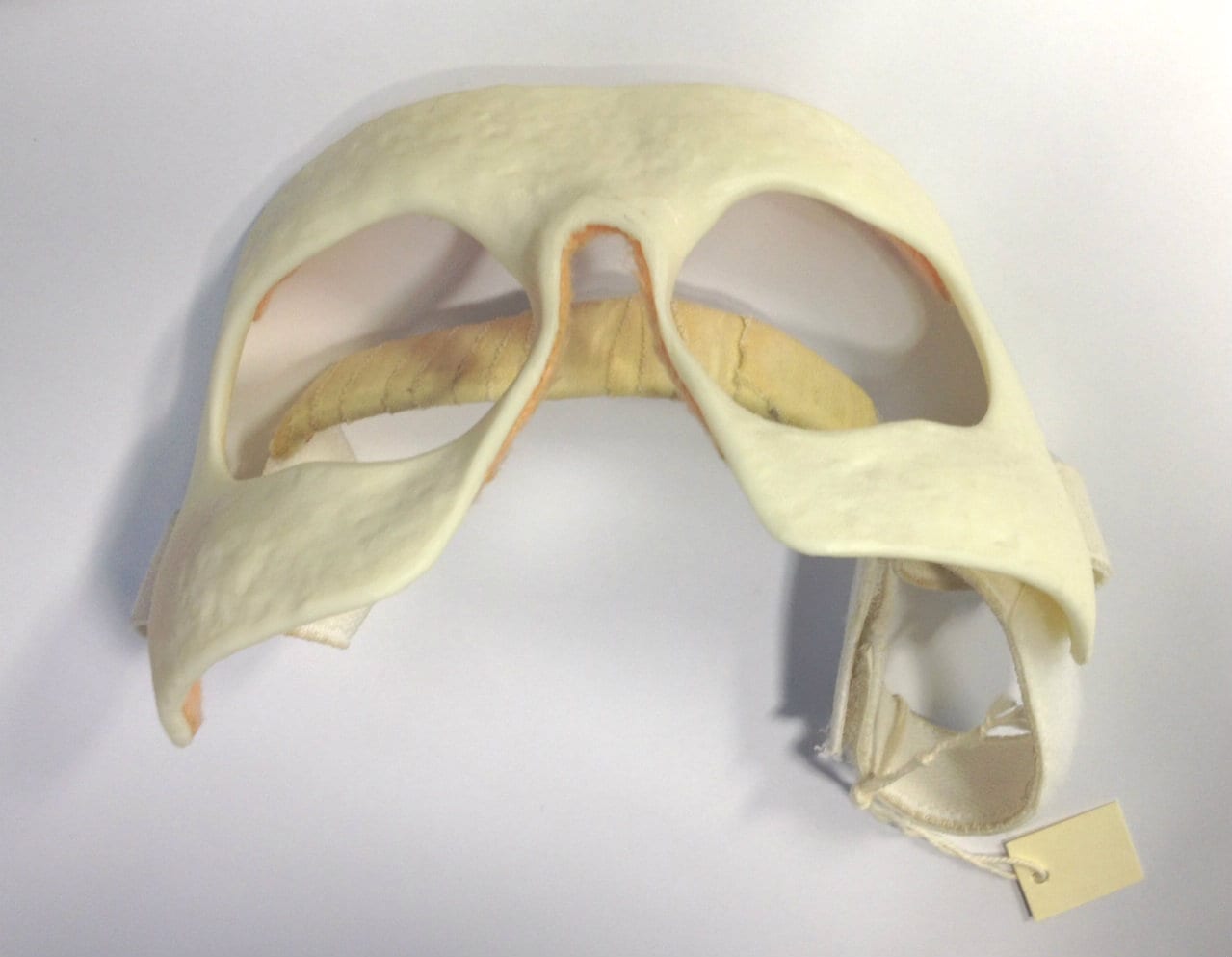 Captain of England, Faye White, broke her cheekbone during the quarter-final against Finland, requiring her to wear this face mask in the final. White captained the England women’s team from 2002 until her retirement from international football in 2012.

Are there any other cool related objects in the collections? 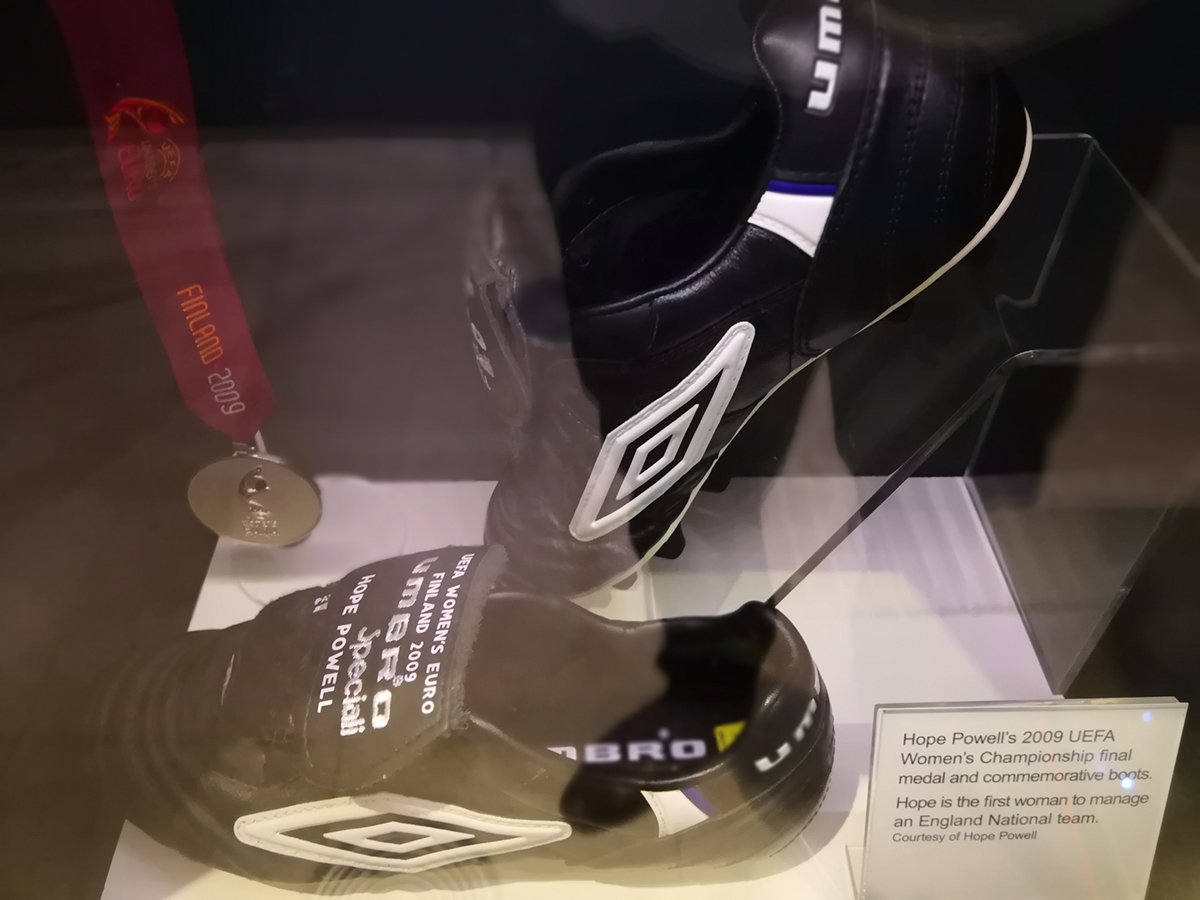 There are also these commemorative boots that were presented to Powell at the final. It is clear that she truly changed the way in which national women’s football in England was structured and developed the team, as she also oversaw all levels — u15s, u23s, coach mentoring and player development. She single-handedly created the foundations that have allowed the England team to prosper over the past couple of years.

The medal was the last time that England got the closest to winning the Women’s EURO. With the competition being hosted by England this year, and the Lionesses being more ready than they’ve ever been, perhaps the team can take it one step further and finally become European champions!