Objects of the Week: Huddersfield and Forest Calendar 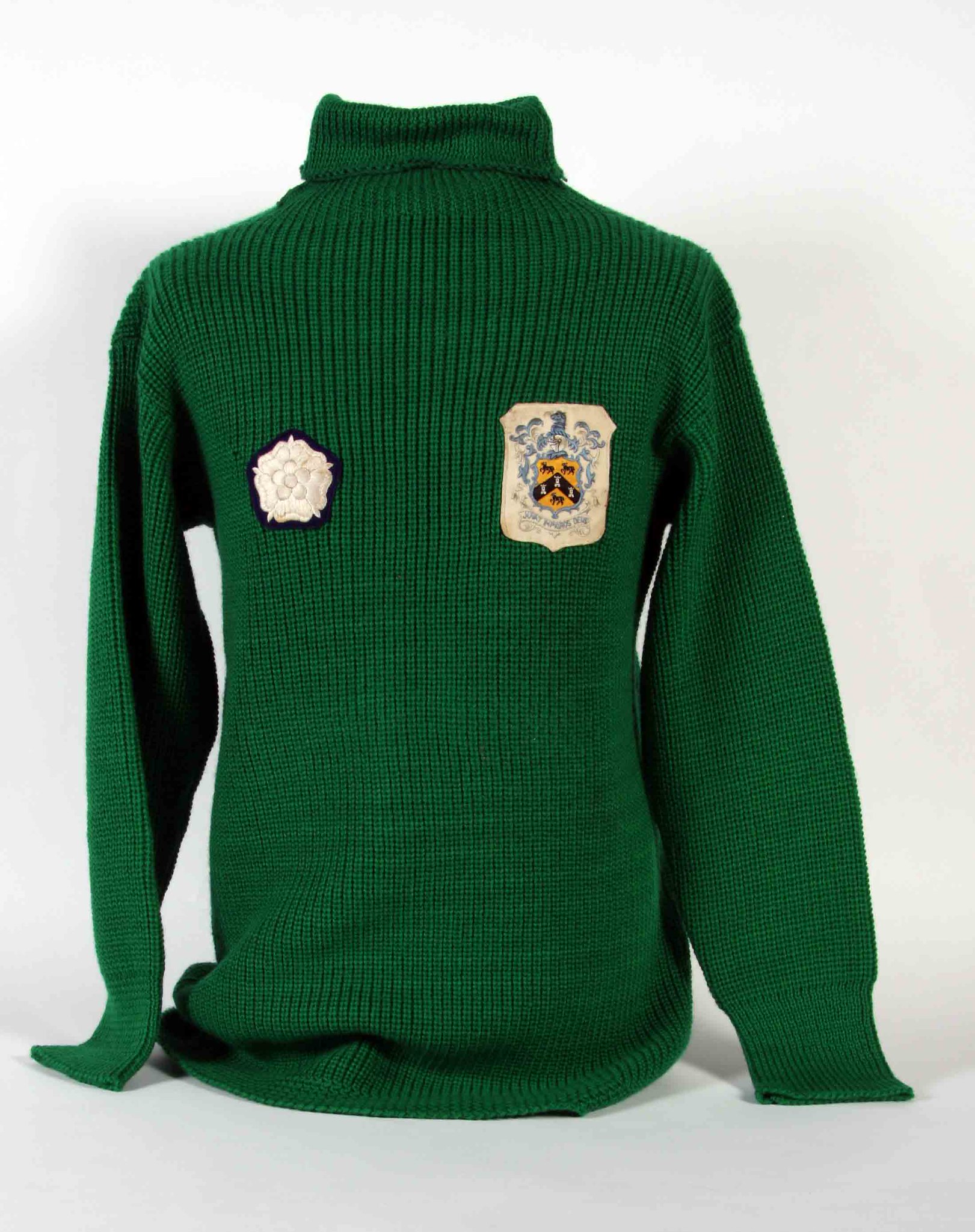 This is a shirt worn by Huddersfield Town goalkeeper Hugh Turner. Turner wore this shirt in the 1930 FA Cup final, a game that saw legendary manager Herbert Chapman face his former club. Huddersfield would lose 2-0 as Arsenal won their first FA Cup.

Who was its owner?

Hugh Turner was born in Wigan but moved to Gateshead, playing non-league football in the North-East before he moved to play for Huddersfield in 1926. He made a total of 364 appearances for the Terriers and won two England caps in 1931, featuring between the sticks against France and Belgium.

Huddersfield were the first English team to win three successive English league titles between 1924 and 1926. The first two titles were won under the management of Herbert Chapman, who also led Town to an FA Cup win in 1922. Town have been runners-up in the First Division a further three times, FA Cup runners-up four times and were the second team after Blackpool to have won three divisional play-offs.

Following relegation in 1972, Town spent 45 years in the second, third and fourth tiers of English football before being promoted to the Premier League in 2017, only to be relegated two years later. This could change once again however as Town and Nottingham Forest go head-to-head in the play-off final. 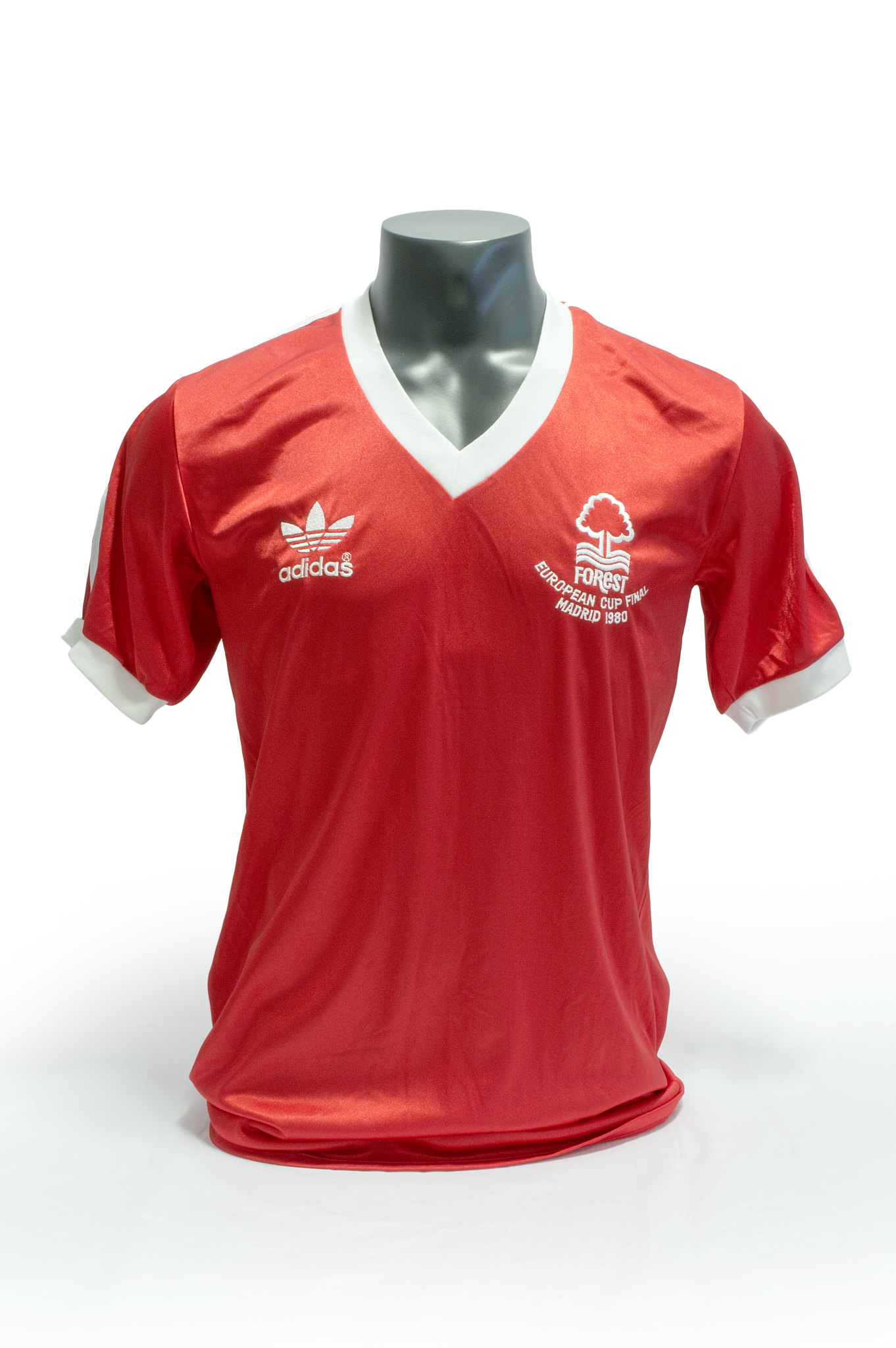 This is Kenny Burns’ shirt, worn in the 1980 European Cup Final. Burns played for Forest in the seasons they won the First Division (1977/78) and the European Cup (1978/79). The shirt was worn when Forest beat Hamburg 1-0 in Madrid to retain the trophy.

Who was its owner?

Kenny Burns was born in Glasgow on the 23rd of September 1953. Kenny spent the peak years of his career at Forest, where he won the FWA Player of the Year in 1978. With Forest, Burns would also go on to win the First Division, the League Cup twice, the FA Charity Shield, the European Cup twice and the European Super Cup.

The legendary management duo of Brian Clough and Peter Taylor were at the helm during Nottingham Forest’s heyday. Forest have won the League title, the FA Cup twice, the League Cup four times, the FA Charity Shield, the European Cup twice and the UEFA Cup. Eight of those eleven trophies were clinched during Clough’s time at the club.

Seeing Herbert Chapman’s Huddersfield Town face off against Brian Clough’s Nottingham Forest would be a sight to behold. Hopefully this weekend’s Championship play-off final lives up to their respective legacies.