What is the object?
This object is the Umbro Leeds United tracksuit jacket Jack Charlton wore as he emerged from the tunnel with the Leeds United team for the 1972 Centenary FA Cup Final. Leeds faced Arsenal at Wembley Stadium with 100,000 fans in attendance. The game marked the 100th anniversary of the FA Cup. 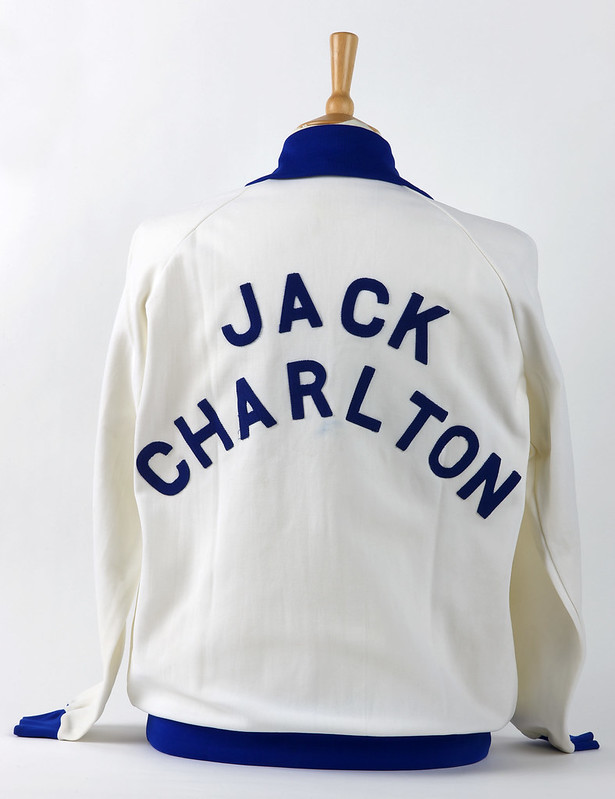 Who is Jack Charlton?
Jack was born to a footballing family in Ashington, Northumberland. Growing up, Jack and his brother Bobby could count five professional footballers in their family, including legendary Newcastle United and England footballer Jackie Milburn. Inspired by this family link, both Bobby and Jack would go on to star for England and became rivals from clubs either side of the Pennines. 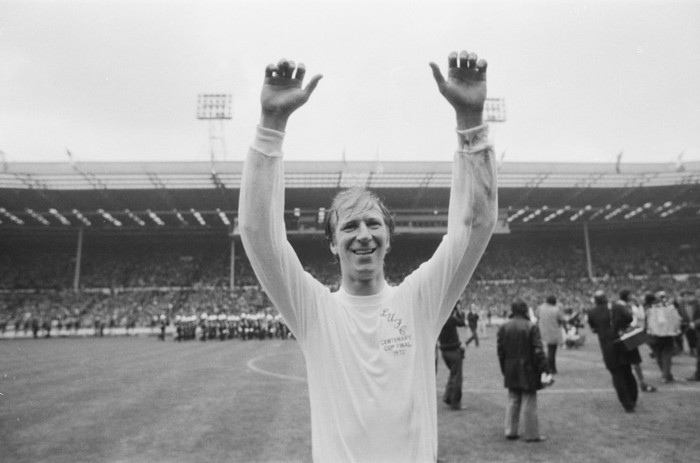 Jack Charlton acknowledges the Leeds United supporters after their 1-0 victory over Arsenal in the 1972 FA Cup final at Wembley. Image via Mirrorpix. 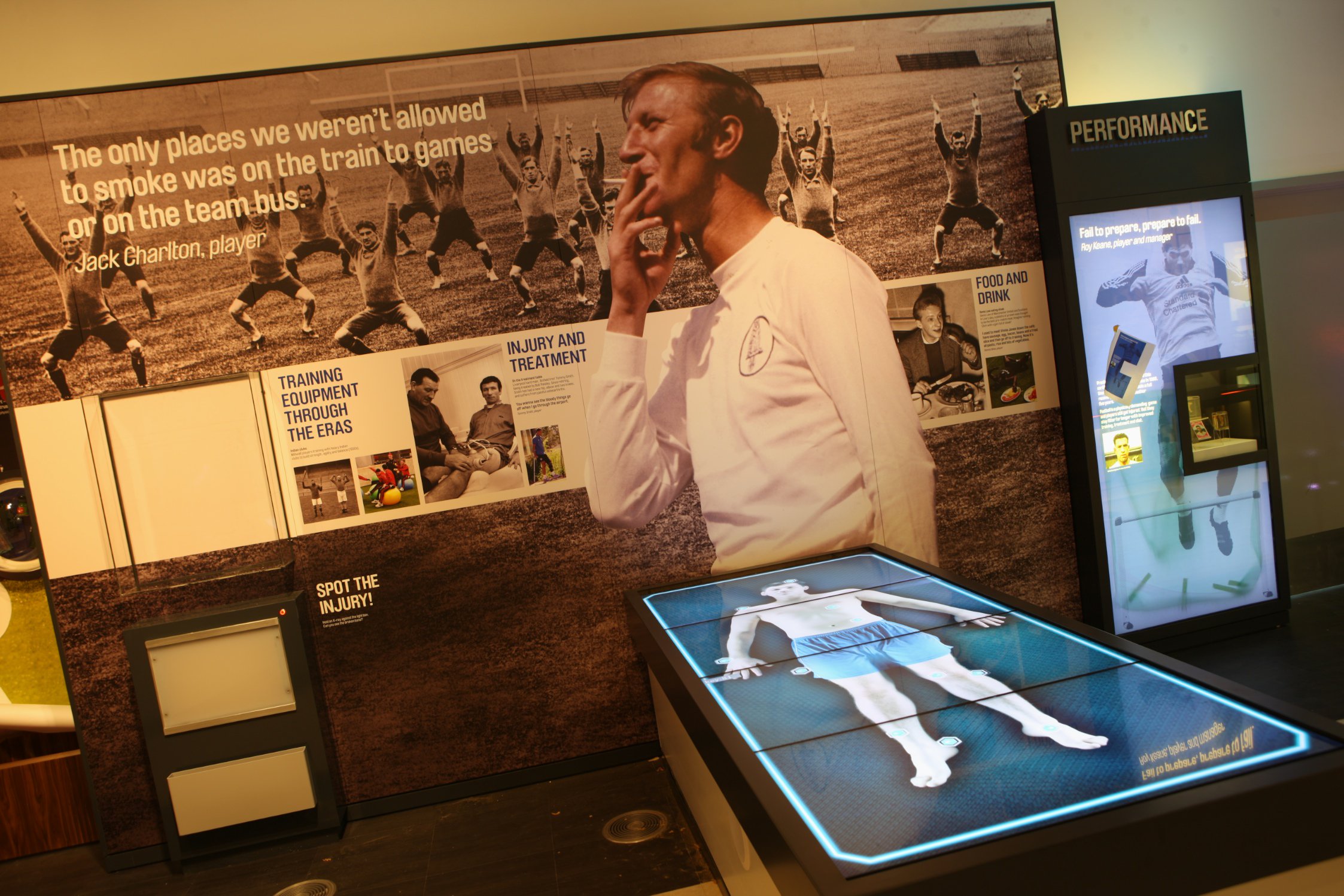 You can read more about Jack’s life and career on our Hall of Fame profile. 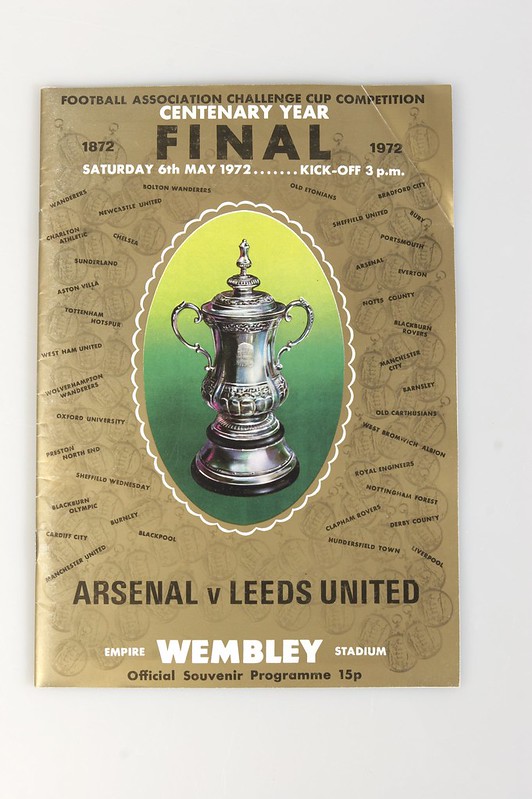 What Happened in the 1972 FA Cup final?
The FA Cup Final between Leeds United and Arsenal took place on the 6th of May 1972. Arsenal had won the league and cup double the previous season whereas Leeds were yet to taste FA Cup success. Mick Jones and Allan Clarke combined for the only goal of the game in the fifty-third minute; Jones crossed for Clarke to head past Arsenal keeper Geoff Barnett. The shirt worn by ‘Sniffer’ that day is also on display at the museum. 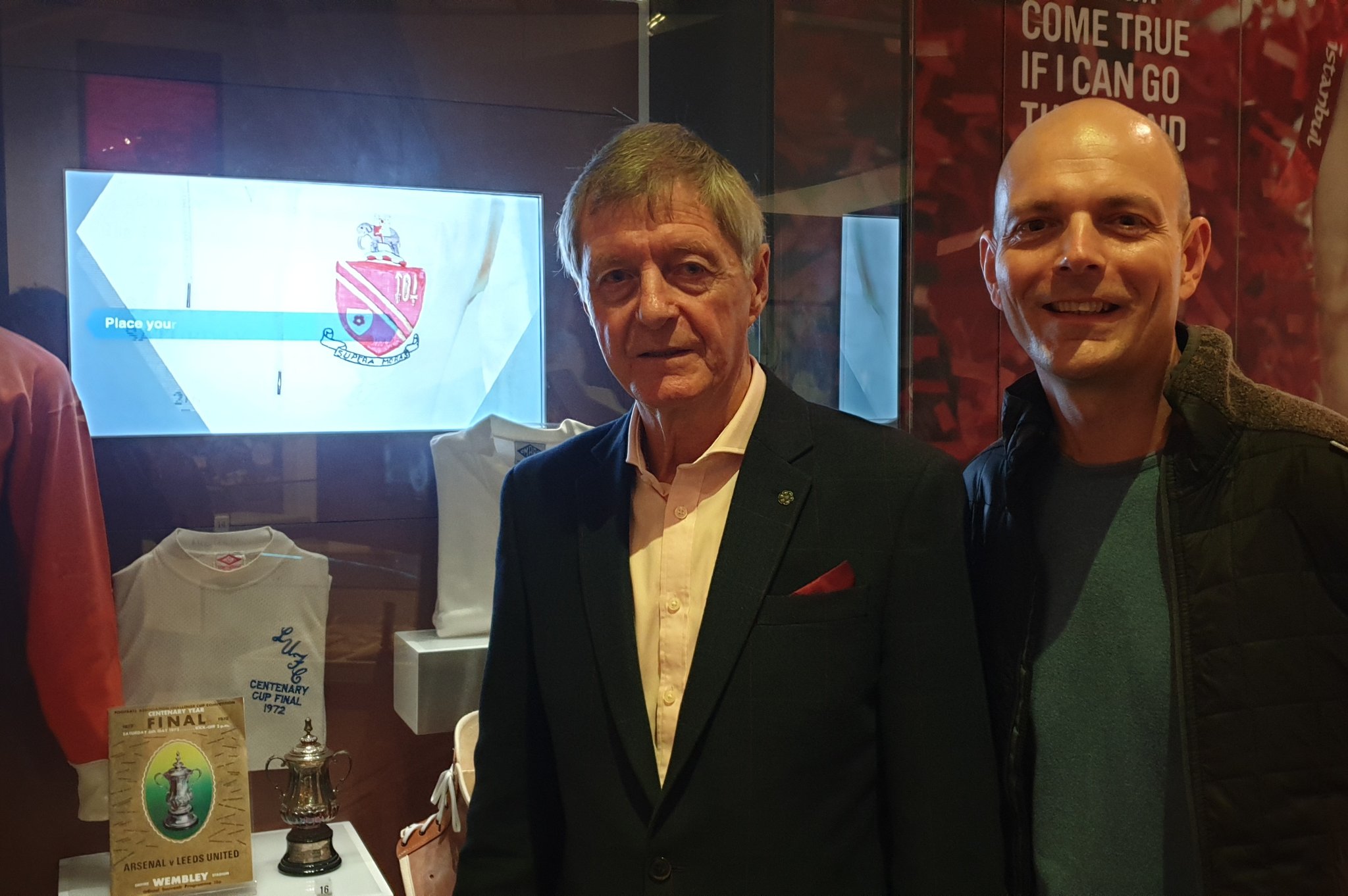 Legendary manager Don Revie and Leeds United finally had a first FA Cup win under their belt; it remains their only FA Cup win to date. The final is also remembered as the origin of club anthem ‘Leeds, Leeds, Leeds – Marching on Together’, originally the B-side to the club’s FA Cup Final single. The song is synonymous with the club today and the team (and kit) from that 1972 cup triumph are seen by many as the quintessential Leeds team.