He’s been stadium announcer at Liverpool FC for more than half a century and is known as the ‘Voice of Anfield’. We speak to George Sephton about matches, microphones, and the magic of one of our Hall of Famers  – Sir Kenneth Mathieson Dalglish. 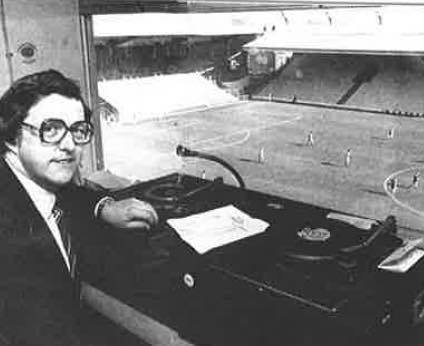 What time would you to Anfield on matchday and do you have a routine?

In normal circumstances I get to Anfield four hours before kick off. I arrive very early but this ensures enough time to sort out any problems. For instance if I didn’t turn up (illness, car crash or whatever) there is time to make the necessary arrangements to replace me.

My understudy works in the Match Control Room. Then we need to make sure all the technical stuff is ok – VAR screens, my TV monitors, CD decks, USB ports, microphones etc.

Two hours before kick-off the gates open and I start playing music until the last few minutes before kick-off. Then it’s the Premier League line-up music and of course, “You’ll Never Walk Alone!”

What makes a good stadium announcer?

A clear voice, a good knowledge of his audience, a love for the club, a feel for the music played and nerves of steel! 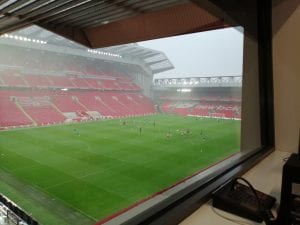 The view from George’s spot at Anfield

How much prep goes into the correct pronunciation of players’ names?

Not as much nowadays because there is blanket TV coverage and the names will all be familiar ones. I did Russian and Spanish at school so I could always cope although a couple of Greek sides flummoxed me in the 1970s. 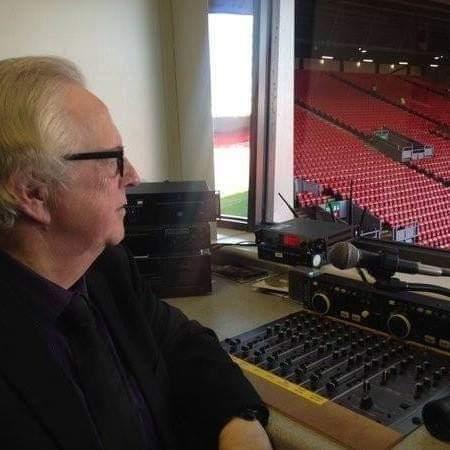 How much prep do you put into the playlist?

More than people realise. When I still had a full-time job I would rely on a few compilation CDs. Nowadays I build playlists carefully between games. I get music sent to me by unsigned bands, I have a good relationship with a promotions company in London so I’m getting a lot of new material before it’s publicly available.

I watch Jools Holland on BBC 2 religiously and he usually provides some new material. As does Graham Norton. The same applies to ‘Sunday Brunch’ on Channel 4. And, of course, I have accumulated a great library of music over the years.

On top of all that I will always play something relevant when a great artist passes away or some other event prompts me to dig out a particular piece of music. 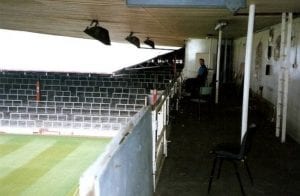 The old gantry at Anfield

In the museum’s Hall of Fame exhibition you pay tribute to Kenny Dalglish. What is it about the player, manager and man that most inspires?

Describing Kenny Dalglish as a “footballer” is light years away from conveying his true worth. He is, without question, the finest player ever to play for Liverpool. I believe he is also the best ever to set foot on the hallowed turf of Anfield.

The trophy haul from his managerial career is one to turn most of his counterparts green with envy and, moreover, he is a humanitarian without parallel. His steadfast support for the victims of the Hillsborough tragedy, and his charitable work since, is extraordinary and he is now an ambassador, in every sense of the word, for his beloved Liverpool FC.

You champion local Liverpool bands. Is this important to you?

Very. When I was 11 or 12 at school I used to watch some of the older boys practising their guitars at lunchtime. One was called George and another Paul. Apart from anything else it taught me that budding musicians start out at the very bottom of the pile and need the breaks. If I can give them that break then so be it. Liverpool, of course, is still a hotbed of music even now.

What was the best atmosphere at Anfield? Chelsea in 2005 or Barcelona in 2019?

Tricky to separate them, but I suppose Chelsea before the game and Barcelona during and after the match. They were both wonderful occasions in their own right.

Were you totally gobsmacked by the reaction to you playing ‘Imagine’ by John Lennon at the end of that Barcelona match?

Completely. I didn’t think it would be quite so well-received. The whole crowd joined in. It was magical. Then, for days afterwards, I was getting messages from people telling me where they were at that moment. My favourite was from a guy in Australia. He was in Sydney Casino at 6am and the place was full of all these rugged sheep farmers who were in floods of tears.

What would you say to any young aspiring stadium announcers? I guess there’s no training course for this kind of thing?

The usual route is via local small grounds. There’s a guy called Leo James in Australia who is working his way up the ladder and when he got the gig at the local team’s stadium he asked me for a word of advice. I told him to always assume that everything possible would go wrong and to be prepared for that. Having a Plan B ready in case…

George’s new book: ‘The Voice of Anfield – My Fifty Years With Liverpool FC’ is out now. 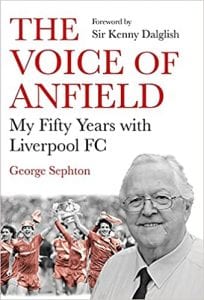