Museum collecting during a crisis Calendar

How do you collect items related to football when there’s no football taking place?

Collections manager Wiebke Cullen explains how the National Football Museum is interested in stories about how football reacted to the coronavirus pandemic. And how the search for stories continues as top flight men’s football in England is about to re-start.

What is the museum doing to record this period in history?

We launched a contemporary collecting project to capture some of the inspiring stories about football being created in response to the Covid-19 pandemic. We are aiming to collect diverse stories, from every level in both men’s and women’s game, fans and supporters’ groups and football’s governing bodies.

The result will be a repository of digital and physical material, which the museum can use for displays, online content and research. 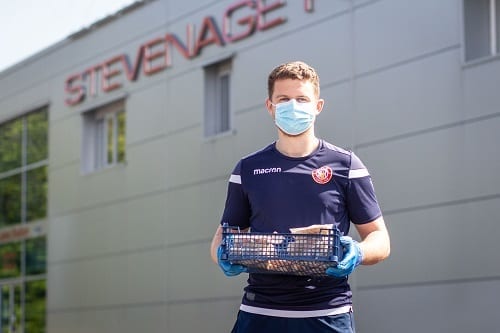 Without there being any matches how are you collecting stories?

We have a daily survey of social media capturing tweets and other posts to see how players, clubs and fans are responding to the crisis and their experiences of football being on-hold.

We are especially interested in club’s community responses and engagement with their fans during this period. We are also trying to collect physical objects of games and competitions that were scheduled but cancelled – for instance, programmes from matches in March that didn’t go ahead and kits designed for the 2020 Euros.

Another angle to our collecting is conducting oral history interviews at the museum with a selection of players, fans and officials once the crisis has eased to record more detailed experiences and stories from them during lockdown.

Which clubs are you working with?

We have contacted a variety of clubs and organisations at different levels. We’ve had really good responses from Stevenage FC and Barnsley Women FC.

Stevenage donated images of the club’s community response. The shots by photographer Jim Steele show their staff and players delivering food and activity packs to vulnerable people and families in the community.

We have been talking to Barnsley WFC about the impact on them of their league being ended. They have been very vocal about being unfairly treated. We have been collecting their public statements about the situation they and many women’s clubs find themselves in. 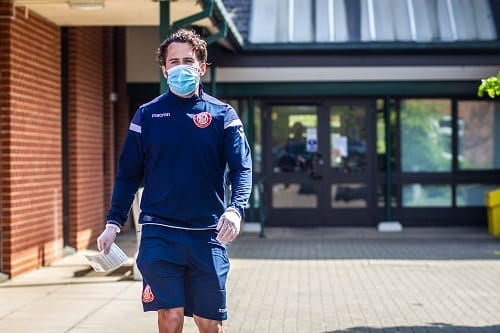 Is this period unrivalled in football?

In peacetime this period is indeed unrivalled.

We believe the league was suspended for a few days after Queen Victoria’s death, but a suspension on this scale and for this length has not happened before, except during the two World Wars.

It is leaving a huge gap in players’ and fans’ lives so it is interesting for the museum to collect stories about things that filled this void.

In the most severe cases, clubs have said they could go under. Women’s National League team AFC Fylde looked set to disband – becoming the first women’s football team to disband as a result of the pandemic. They later reversed that decision. But it’s clear that clubs are facing the most serious challenges to survive.

Meanwhile, at the top end of the men’s game, the Premier League and Championship is set to restart. We are looking to collect around the re-emergence of football, but behind closed doors and under very different circumstances.

We want stories from all levels of the game and from people from all sorts of backgrounds playing, watching or following the game in some way.

We are interested in personal stories and want them to resonate with a lot of visitors’ own experiences. We want our visitors to either be inspired by the stories and achievements but also be able to identify with other’s people’s experiences during lockdown.

This is an unrivalled period in recent history and there are so many stories around it. One key talking point is how the Women’s Super League (WSL) has been treated differently to the men’s Premier League.

The Football Association decided on 25 May that the WSL season was over with 45 games outstanding. Chelsea were named winners of the title on a points-per-game ratio, while Liverpool were relegated.

We are particularly interested in collecting how the women’s game has been disproportionately affected by the pandemic and treated differently to the men’s game.

If a club or fan has something of interest for the museum how can they get in touch?

The project is led by Belinda Scarlett (curator) and Wiebke Cullen (collections manager), you can get in touch with them via: collections@nationalfootballmuseum.com