With St David’s Day this week and the Manchester derby this weekend, our latest Object of the Week focuses on an object from the museum’s collection relating to a significant figure in the history of Welsh football and both Manchester clubs. Alexandra Heaton looks at the life and career of Billy Meredith. 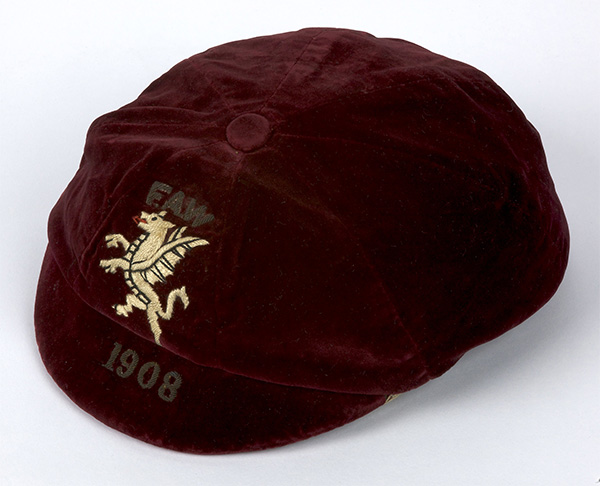 This Wales international cap belonged to the Welsh Wizard Billy Meredith who starred for Manchester City and United over 100 years ago!

Born in 1874 in Chirk, a mining town in Wales, it’s no surprise to learn that Meredith began working at Black Park Colliery at the age of 12. Football had a big influence on him from a young age and Meredith made his debut for Chirk in 1892.

After gaining attention from several clubs, he was pursued by Manchester City (then known as Ardwick) and signed in 1894. Meredith was resistant to moving away from his life in Chirk, but eventually signed for Manchester City as an amateur, while commuting to matches and continuing to work in the pit. Meredith’s first home match was against Manchester United (then known as Newton Heath), the first Manchester derby scheduled in the league.

In 1896, the club finally insisted he give up his colliery job and Meredith turned professional. The 1898-99 season was a turning point for Meredith, scoring 29 goals – included four hat-tricks. Meredith became a first fan favourite and admirers dubbed him the ‘Welsh Wizard’. Meredith’s highlight at City came in 1904 as he scored the only goal in the club’s first FA Cup success – beating Bolton Wanderers 1-0.

Things took a turn for the worse for Meredith a year later in 1905 when captain of Aston Villa, Alex Leake, accused him of attempted bribery. He was fined and suspended from playing football for a year by the Football Association. This resulted in further investigations into Manchester City’s finances, and the team was found guilty of overspending on players wages (there was a strict £4-a-week maximum wage for players at the time). 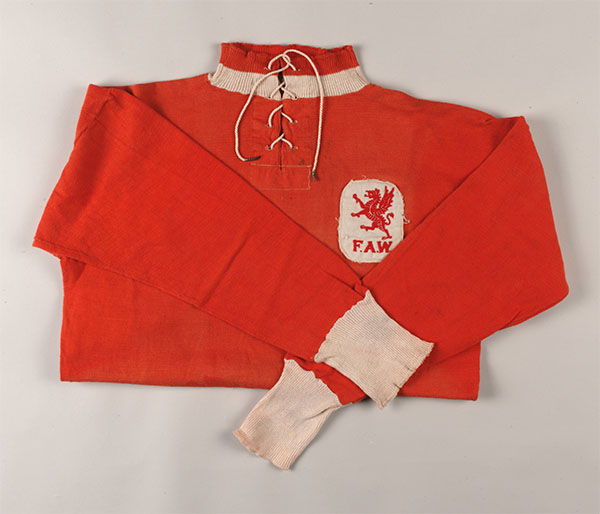 In 1906, Meredith signed for rivals Manchester United. This was reported as a success for the city of Manchester at the time, that the city was able to retain the footballing talents of Meredith. During his time at Manchester United he was instrumental in forming the Players Union in the city, which was instrumental in establishing players rights and later became the PFA. Meredith continued his success on the field, winning the FA Cup in 1909 and two League Championships at United in 1908 and 1911. In 1912 Manchester City and Manchester United played in a benefit match for the Welsh Wizard. In total, £1,400 was raised (over 160 thousand pounds in today’s money!)

On the 7 May 1921, aged 46, Meredith took the honour of Manchester United’s oldest ever player in a league match against Derby County. Later that year Meredith returned to Manchester City on a free transfer. He played his final match at the age of 49 years and 245 days against Newcastle United, consequently also making him City’s oldest ever player. 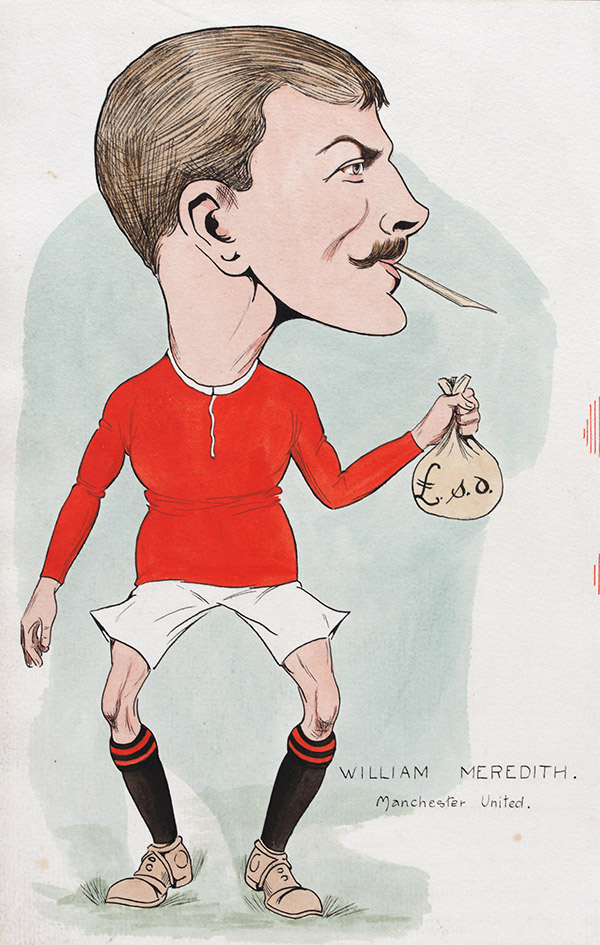 Billy Meredith died at his home in Withington in 1958 at the age of 83. The Professional Footballers’ Association, the Welsh FA, Manchester City and Manchester United covered the cost for a new headstone, after the player had remained in an unmarked grave for many years.