One of our volunteers Uma Ghelani delves into the marvellous and mysterious life of one of England’s very first female footballers. 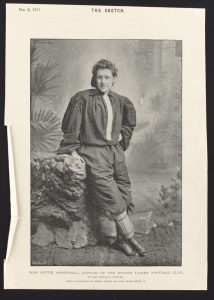 This week’s object is a picture of Nettie Honeyball featured in an illustrated weekly journal called The Sketch from February 6th 1895 alongside an article entitled ‘FEMININE FOOTBALLERS’. It shows Nettie posing while wearing “her football costume” in an unusual looking photography studio set-up.

Who was Nettie Honeyball?

With the picture being so striking, it really does get you wondering who this woman is.

Nettie Honeyball wasn’t actually her real name. Her true identity is unknown, but Nettie is suspected to have been Mary Hutson. As the caption to the picture states, Miss Nettie Honeyball was the captain of The British Ladies’ Football Club, the first known women’s football club.

The article explains how she was also the secretary and founder of the club, which she made “with the fixed resolve of proving to the world that women are not the ‘ornamental and useless’ creatures men have pictured”.

Were there many women playing football in the late 1800s, a time when women were still fighting for the vote?

There were around 30 women who were members of the club, from all around London. Their ages ranged from 15 to 26.

They were dedicated and would train twice a week. None of them had played football before becoming members, but fell in love with the game. It’s said that their skill and shooting power made up for any lack of speed and force.

What happened to The British Ladies’ Football Club?

At first they trained privately, but they played their first public match at Crouch End on 23 March 1895, between teams representing ‘The North’ and ‘The South’, which ended with The North winning 7–1. 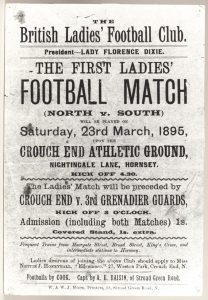 This game was historic, as it was the first women’s match by official FA rule, and also because there was an estimated 10,000 spectators – but the club still weren’t taken seriously.

Despite this, the team went on a tour sponsored by Lady Florence Dixie, who was a feminist writer and war correspondent, and was the president of the club.

They played many matches on this tour and their playing attracted attention, not just to women’s football, but also to the topic of women’s rights.

Although the team eventually burnt out, in terms of both fitness and funding, it is a really interesting story, and an important push for women’s football.

What happened to Nettie?

Because she used a pseudonym to play, nothing is known about her after 1895.

However, her legacy is important, as her and the team she founded kept playing, even when they were heckled and told that they were a novelty.

Their existence created an opportunity for women who loved watching football to also play the game, and also sparked conversations around the women’s rights movement. 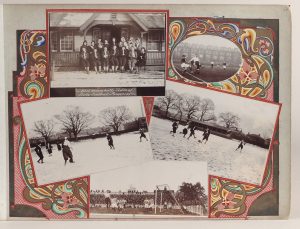