One of Britain’s most influential players, Alex Scott was capped by her country 140 times, scored in a UEFA Cup Final and won 21 major trophies in Arsenal colours.

She has an MBE for services to football and is now a respected football pundit. Student Catriona Kelly, who had a recent placement with the museum, takes a closer look at Scott’s England shirt. 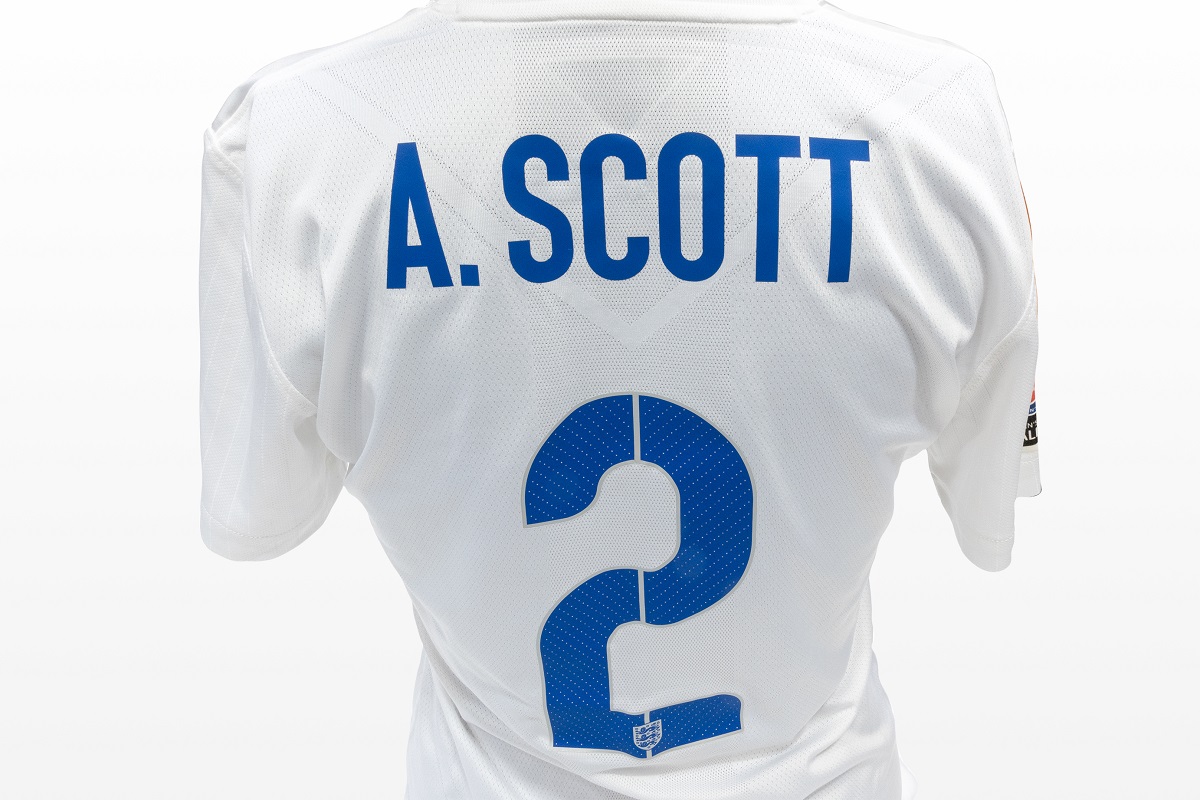 Who is Alex Scott?

Alex Scott was born in London in 1984.  She played full-back for Arsenal, Birmingham City and Boston Breakers during a glittering career.

She was a highly experienced England international scoring 12 times. Scott also represented her country at the Olympics and is now a hugely popular football pundit and presenter. 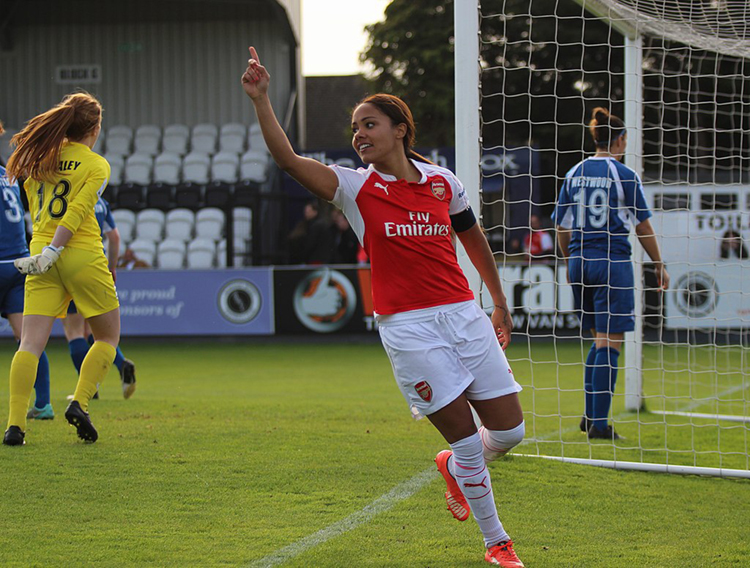 Scott in her familiar Arsenal red by photographer Josh Smith.

With 140 international appearances Scott is the fourth most capped female player for the Lionesses. Scott scored the only goal in the 2007 UEFA Women’s Cup Final which led to Arsenal becoming the first British side to win the competition.

Beyond her on-pitch achievements, Scott holds a degree in professional sports writing and broadcasting. In 2018 she became the first female pundit at a World Cup for the BBC.

She followed this becoming the first female pundit on Sky Sports Super Sunday team. Scott was awarded an MBE in 2017 for her services to football and was inducted into the National Football Museum’s Hall of Fame in 2019.

This is England Women’s shirt was worn by Alex Scott during England’s 4-0 victory over Sweden in August 2014 and has been signed by the player. The friendly game took place in the lead-up to the England Women’s qualifiers for the 2015 FIFA World Cup. 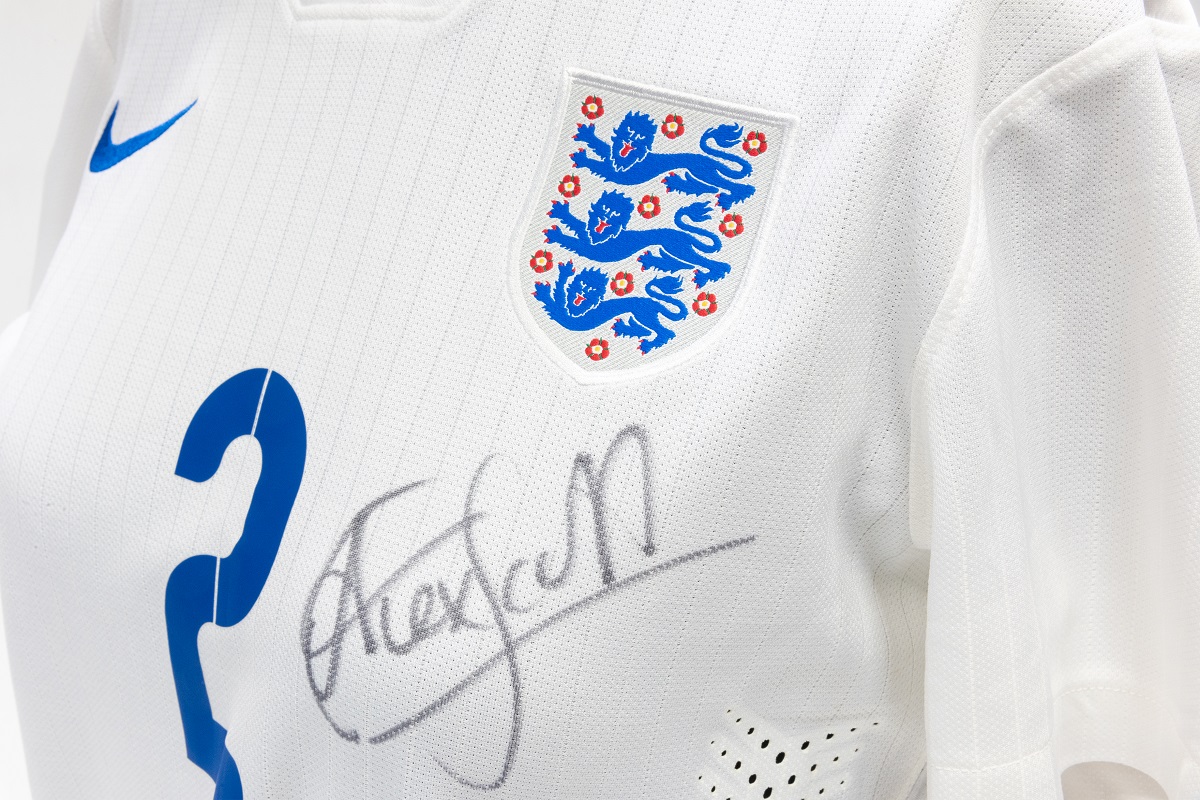 Why is Scott’s shirt significant?

Alex Scott is one of England’s most capped players and most recognised faces in TV sport. This shirt gives us an insight into her career, experiences and achievements.

Her achievements are even more remarkable considering she’s faced discrimination.

Alex Scott has been targeted by racist comments during her career.

Most recently Scott received racist remarks on social media regarding speculation she was set to be the new host of Question of Sport.

Scott has often spoken out against the abuse she experiences as both a black and female football pundit.

In September 2020, she reposted a poem to her Instagram which she wrote in 2018 about her career and experiences with racism.

Here is a small excerpt:

“Now I talk about football live on your TV, some want to say I’m ticking a box, but that’s not me. Football is football and that is what I see. Hi, Hello, I’m Alex Scott and you know what, football is me.”

Is this shirt on display in the museum?

At the moment, this shirt is not on display. But we hope to be able to show it during our women’s football exhibition which opens in spring 2021.