Curator Belinda Scarlett looks at a unique piece of sporting equipment worn in the Paralympics by a sportsman who fought back against all the odds.

Tell us about Alistair Patrick-Heselton and his career. 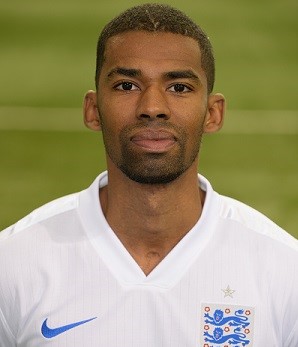 He started out as a schoolboy for Wycombe Wanderers and Queens Park Rangers before suffering a severe cruciate ligament injury and opting to play semi-professionally.

In 2006 he was seriously injured in a car accident that left him in a coma for two months.

He was told that as a result of his injuries he may never walk again but he battled back. Four years later he was asked to try out for the England and GB Cerebral Palsy team that consists of players with cerebral palsy and other brain injuries, making his debut in 2011.

He then went on to have a successful career going on to represent England and then Team GB at the London 2012 Paralympic games scoring against Argentina and securing three assists. 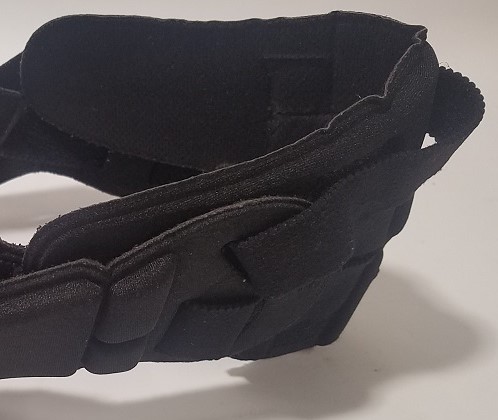 This specially designed protective headguard was worn by Alistair while representing Great Britain Cerebral Palsy football team at the 2012 Paralympics. Alistair is required to wear this headguard to avoid further potentially fatal injuries while playing football.

The headguard was donated to the museum by Alistair following his induction into the museum’s Hall of Fame in 2017.

He also spoke to us about his experiences of football in a recorded oral history which is now part of the museum’s archive.

What does the headguard symbolise?

This item is a one-off and tells such an inspiring story.

It symbolises Alistair’s perseverance to keep playing the game he loves against such adversity.

Alistair now acts as a mentor and speaker for the next generation of footballers, working with the PFA, Premier League and regional FAs to guide and inspire children across the country.

The headguard is currently on display as part of our Score Gallery exhibition, focusing on the English Football Hall of Fame, of which Alistair is a member. Alistair is one of the fifty players featured in the exhibition, alongside Team GB teammate Matt Dimbylow.