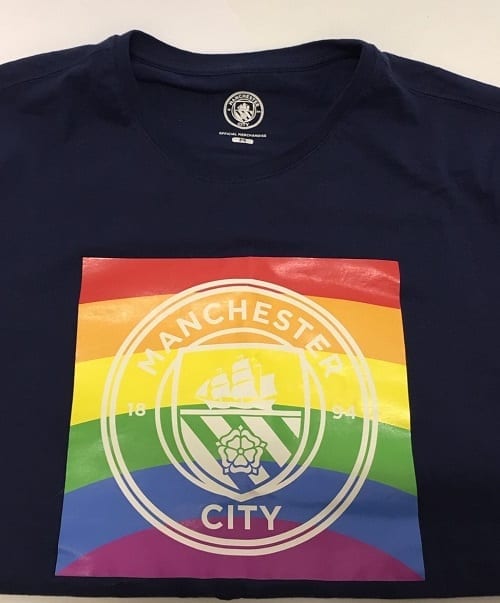 The Canal Street Blues (CSB) are a Manchester City LGBTQ+ supporters’ group who formed in 2014, and are officially recognised by Manchester City. The shirt was donated by CSB founder member and Chair, John Browne. John explained that the shirt was produced in partnership with Manchester City and given to all their members to wear during Manchester Pride. The museum collects many examples of fan fashion and culture and this is a fantastic example of that. 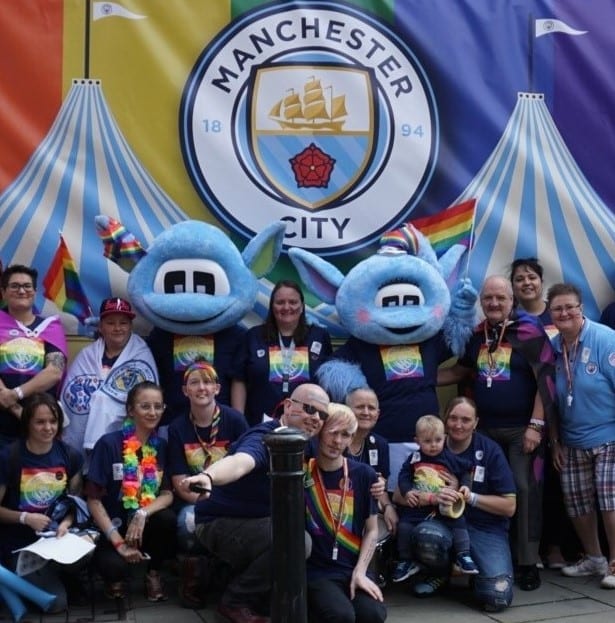 The T-shirt represents a wider movement in recent years of LGBTQ+ fans organising against continued homophobia in football and campaigning for better representation and equality. Canal Street Blues is one of many examples of supporters’ and campaign groups including Pride in Football and Just a Ball Game who have also very kindly donated material to our collection. As a museum in Manchester its also really important for us to reflect fan experience in the city.

Yes, the T-shirt is on display in the museum’s Match Gallery. It is on display alongside other examples of fan and terrace culture from the 1930s to present day. It is one of a small number of objects telling LGBTQ+ stories that have recently been put on display, including a Hackney WFC pennant, badges from the Just a Ball Game campaign and the shirt designed by David Shrigley for Whitehawk FC to wear during Brighton Pride.

Why is it important to tell the story of LGBT+ community within football?

The museum’s social purpose is to give all communities equal access to share and enjoy stories about football. As John Browne argues LGBTQ+ players, staff and fans need to be promoted as equal members of the wide and diverse football family, and the museum has a responsibility to give more space to these stories and actively challenge homophobia in football.

How do we plan to tell more stories of LGBTQ+ in the museum?

We plan to do this by working alongside the LGBTQ+ community both to collect objects that reflect these stories and then to display them appropriately. We often rely on the generosity of fans from this community to do this. In February this year we worked with a fantastic group of volunteers who researched and wrote an LGBTQ+ tour of the museum’s galleries.

As a curator this really opened my eyes to how almost all of the stories we tell in the museum can be re-interpreted to better represent LGBTQ+ experience. Earlier this year Justin Fashanu, the first openly gay male professional football player in England, was inducted into the museum’s Hall of Fame. 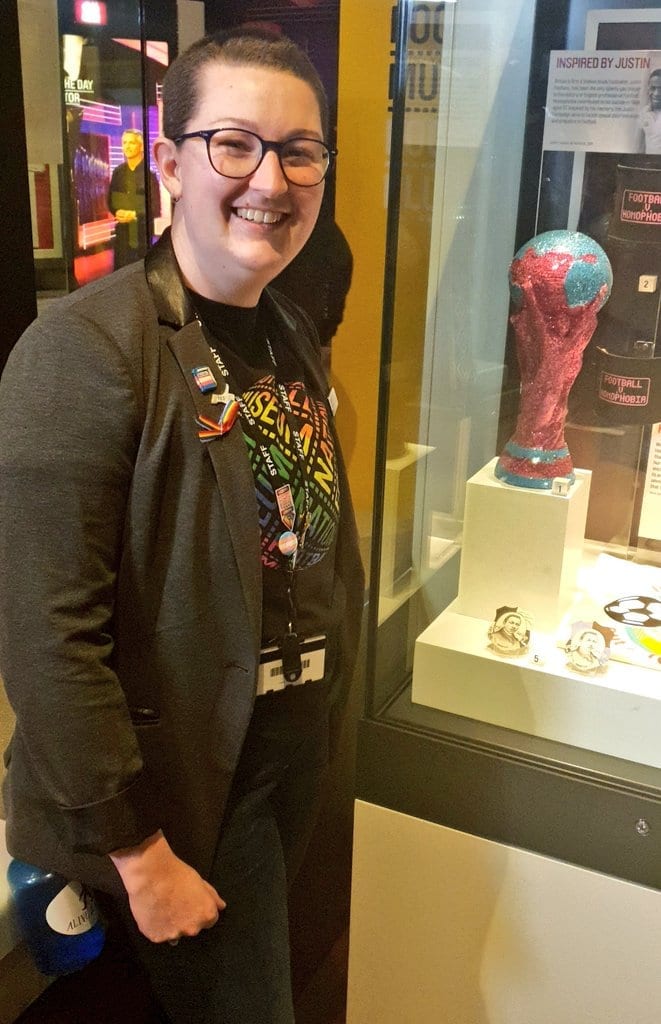 The Canal Street Blues shirt features in our First 11 series on football and society. Check it out below, and watch the full line-up of videos on YouTube: