Object of the Week: Escape to Victory shirt Calendar

It is one of the most popular football films of all time. A star-studded Hollywood cast, the world’s best players and a cracking plot of good versus evil.

Almost four decades old, Escape to Victory endures and we have items related to the movie on display. Head of Collections Wiebke Cullen takes a closer look… 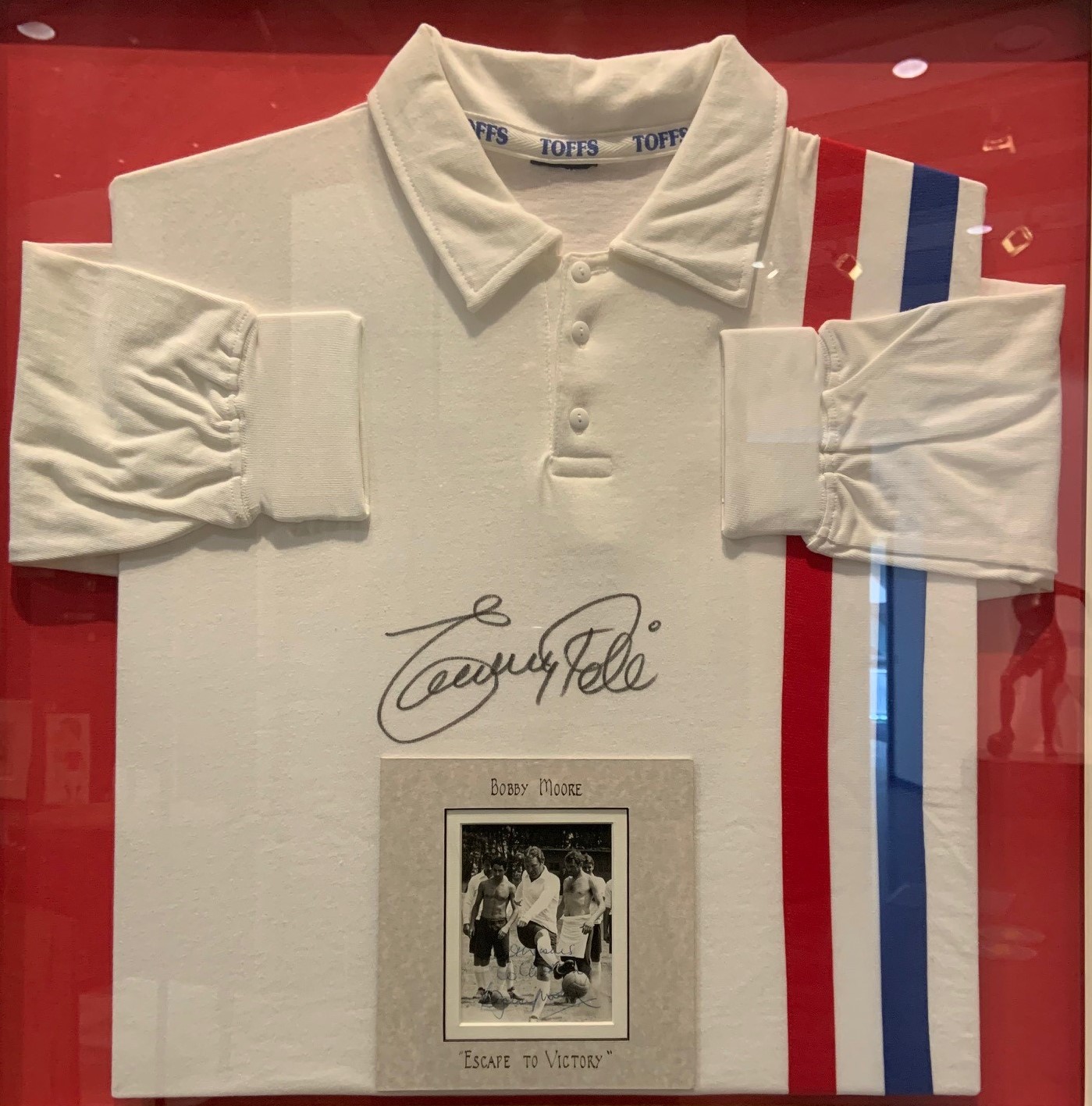 What was Escape to Victory?

Escape to Victory was an American sports war film directed by John Huston and released in 1981.

It was based on the Hungarian drama Two Half-Times in Hell inspired by matches between FC Dynamo Kyiv and German soldiers while Ukraine was under German occupation.

Escape to Victory involves Allied troops interned in a prison camp during World War Two. When they are forced into playing an exhibition match against a German team, they hatch a cunning plan to win more than just a game of football. 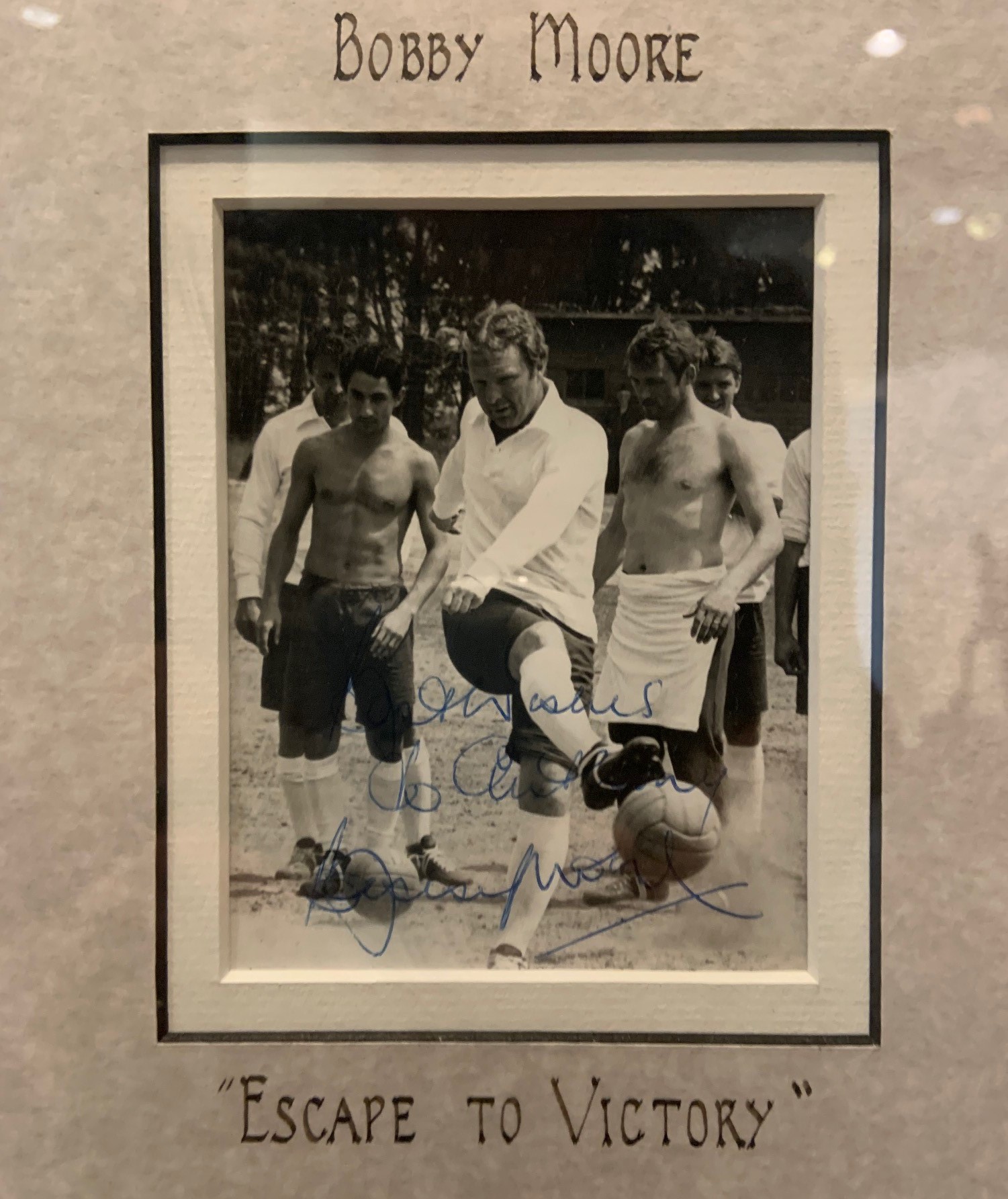 The script involves the prisoners trying to escape and the exhibition match provides the opportunity for their bid for freedom.

Which is the stadium in the film?

The match portrayed is the Stade Colombes Stadium near Paris.

In the plot the French Resistance prepare the team’s escape by digging a tunnel from the sewer system to the showers in the changing rooms.

The actual ground used was the MTK stadium in Budapest (which has now been completely redeveloped since the movie was shot there).

It’s believed the MTK was chosen as it didn’t have floodlights and closely resembling a ground from the early 1940s.

Tell us about this object

This is a framed Toffs retro shirt signed by one of the greatest players in the world Pele who starred in the film.

It also features a signed black and white photograph of Bobby Moore kicking a ball on set.

The framed shirt came to us on loan almost 15 years ago and has been on display ever since.

It is a lovely object that links football to the genre of film and media.

The film is about the power of football, team spirit and resistance.

Do we have any other Escape to Victory objects in the collection?

We also have this original film poster on display.

Forty years on since its release, the film is still very popular and visitors love to see it marked in the museum. 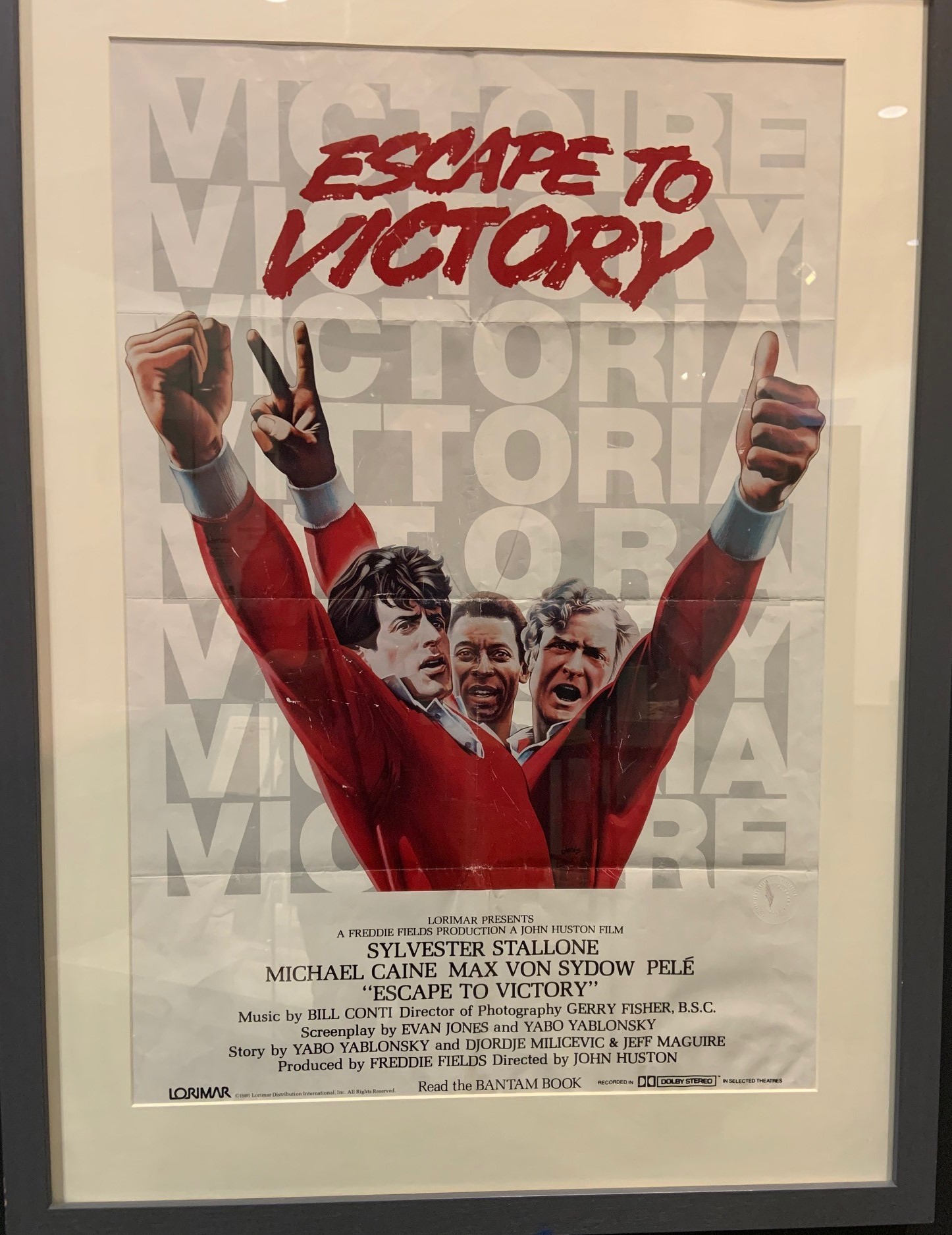