What is the background to this item?

On 10th July 1999 USA beat China in the final of the FIFA Women’s World Cup in front of 90,000 fans. This was the second time the US women’s team won the World Cup. They claimed the inaugural competition in 1991. This is an official match ball from the 1999 tournament signed by the USA team. 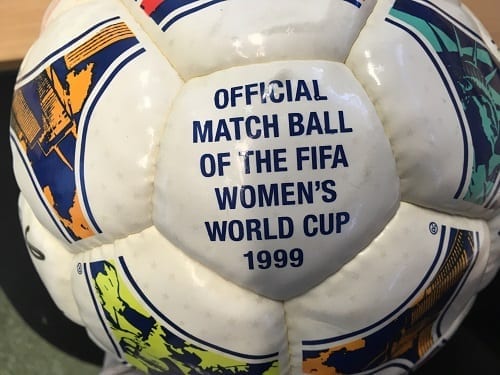 How did we get this object?

This football came to us from Chris Unger, a private collector of women’s football memorabilia in the US. Chris attended many FIFA Women’s World Cup finals and was able to collect lots of objects from the tournaments. It’s fantastic Chris was able to save fascinating items from the 1999 competition and we can now tell these stories in the museum.

Yes, the football was put on display in 2019 for the first time. It’s on display next to a copy of TIME magazine featuring the victorious US team. The magazine was significant because it was the first time that a women’s sports team had featured on the front cover. It is also displayed next to an amazing selection of defining World Cup objects including Marta’s 2003 World Cup shirt and the shirt worn by Maradona in the Mexico ’86 Hand of God match against England. 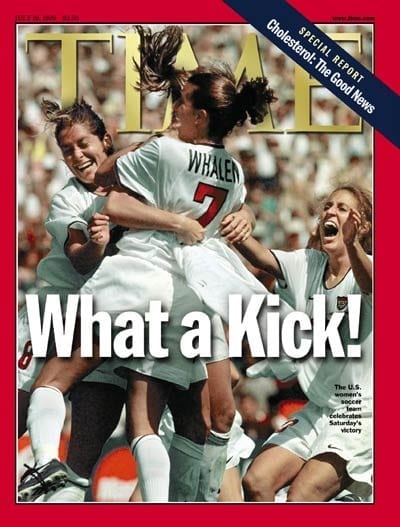 Tell us about the 1999 tournament and response from the fans?

The 1999 Women’s World Cup built upon two previous successful tournaments in Sweden (1995) and and China (1991). The US took an ambitious approach to the ’99 finals, staging games in huge stadiums and producing a vast array of branded merchandise. As a result, the tournament was a success and over 90,000 fans attended the final between the USA and China. The ‘99 US women’s team captured the hearts of a nation when they won the trophy on home soil. 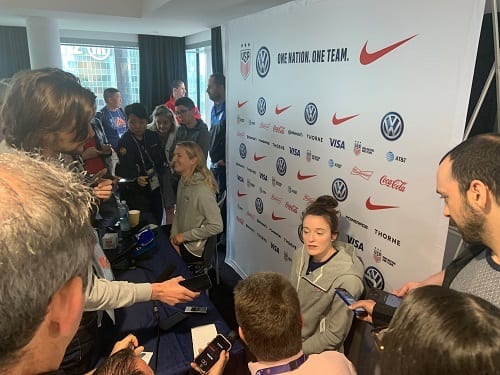 What other items to we have on show from the Women’s World Cups?

Women’s international football has a long and important history and we have on display objects won by English women playing in Barcelona in 1923 for example.

This ball is just part of the story of the women’s international game and we are continuing to collect contemporary objects making a number of objects from the 2019 World Cup part of the collection and displays last year.

The Adidas ball features in our First 11 series on the history of footballs. Check it out below, and watch the full line-up of videos on YouTube: