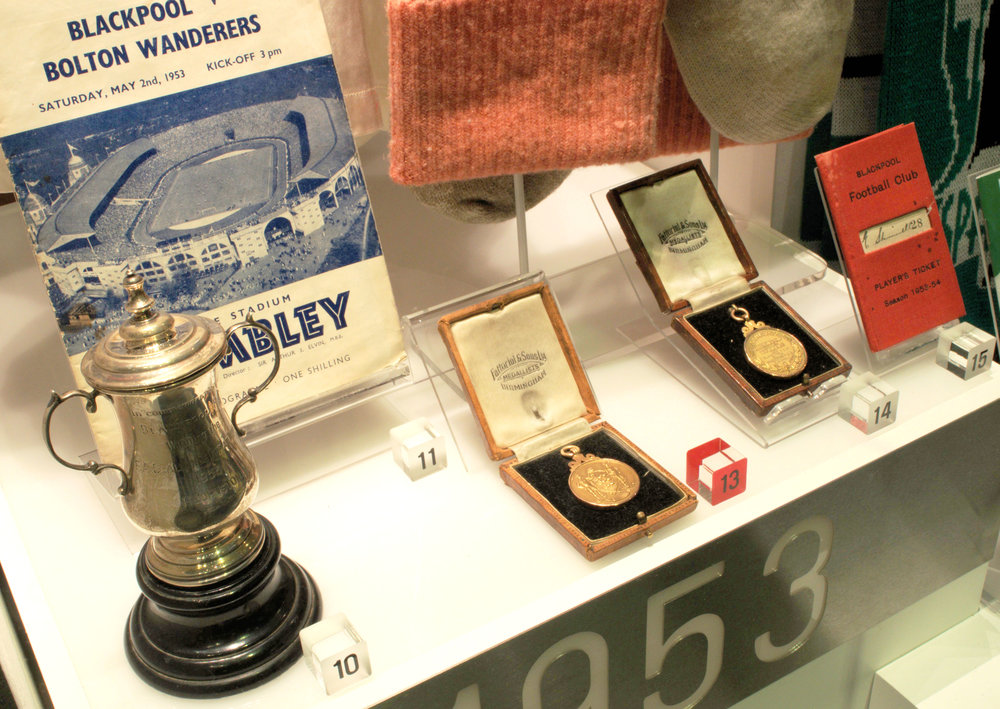 The 1953 FA Cup winner’s medal of footballing legend, Sir Stanley Matthews is going on display at the National Football Museum on the centenary of his birth.

Known as the “Matthews Final”, the 1953 FA Cup Final saw a standout performance from the winger as he helped claw Blackpool back from 3-1 down to take a dramatic 4-3 victory against Bolton Wanderers.

The famous final was played in front of a 100,000 capacity crowd at Wembley Stadium as well as many more at home as it became the first FA Cup Final to be televised live.

The victory put an end to Matthews’ heartache in the competition after being on the losing side at both the 1948 and 1951 Finals.

The nine carat gold medal, presented to him by Queen Elizabeth II on the year of her coronation, will go on display on 1 February to coincide with what would have been the player’s 100th birthday.

The ‘Matthews Final’ has gone down in history as one of the most memorable matches at Wembley Stadium and as one of the greatest all-time individual performances from Matthews that featured his on-the-ball wizardry and trademark jinks.

Matthews, who at the time had been a professional footballer for 21 years, even outshone Blackpool teammate Stan Mortensen who was the first player to score a hat-trick in an FA Cup Final – a remarkable feat that still stands 62 years later.

Kevin Moore, Director at the National Football Museum said: “Following the recent drama in the FA Cup, this incredible medal is a timely reminder of the competition’s magic and unrivalled history.

“We’re delighted to add the medal to our collection and give visitors the chance to discover the incredible story behind it. Sir Stanley Matthews is a true sporting hero and the 1953 FA Cup Final was his finest hour.”

The medal is on loan to the museum after its sale at Graham Budd Auctions. Previously owned by Nick Hancock, the medal was sold to a private collector in November 2014, becoming the most expensive British sports medal in history.

It will now take pride of place in the National Football Museum alongside Matthews’ shirt, shorts and socks from the same match.