Object of the Week: Xochitl Calendar 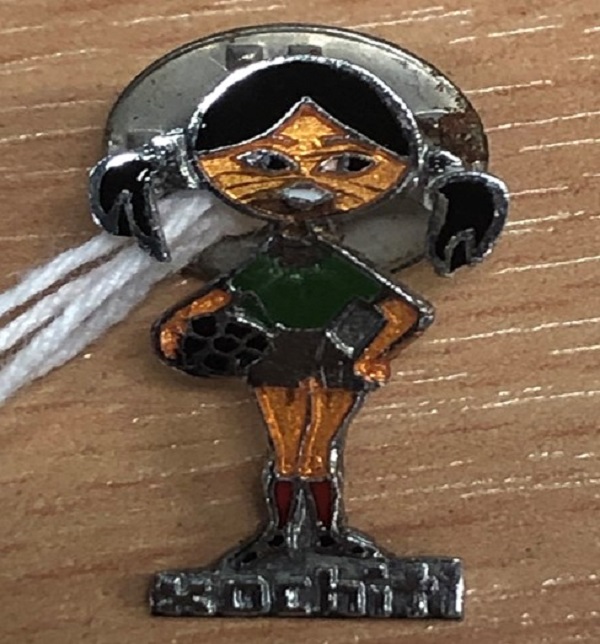 Who is the player this badge features?

This badge depicts a mascot called Xochitl, who represents a very special tournament in the history of women’s football. This was the groundbreaking unofficial Women’s World Cup that took place in Mexico in 1971.

This was a moment in women’s football that has not been replicated since — the crowds that showed up are still among the largest of any in the women’s game, the commercial backing, hype and media that surrounded it were also certainly unbelievable to think about, especially given the time that it took place.

What happened at the tournament?

The countries that competed in the tournament were Mexico, Italy, England, France, Denmark and Argentina. It was won by Denmark, who beat Mexico 3-0 in the final, a game which attracted a crowd of around 110,000 — the largest crowd ever at a women’s game. Each team was given an interpreter and specialist training facilities; the same as the men’s World Cup, which took place there the year before. The local media and people fully embraced the competition.

The television and newspapers featured the competition every day, and huge crowds showed up to greet the teams upon their arrivals. It was a unique competition, and in many ways ahead of its time. 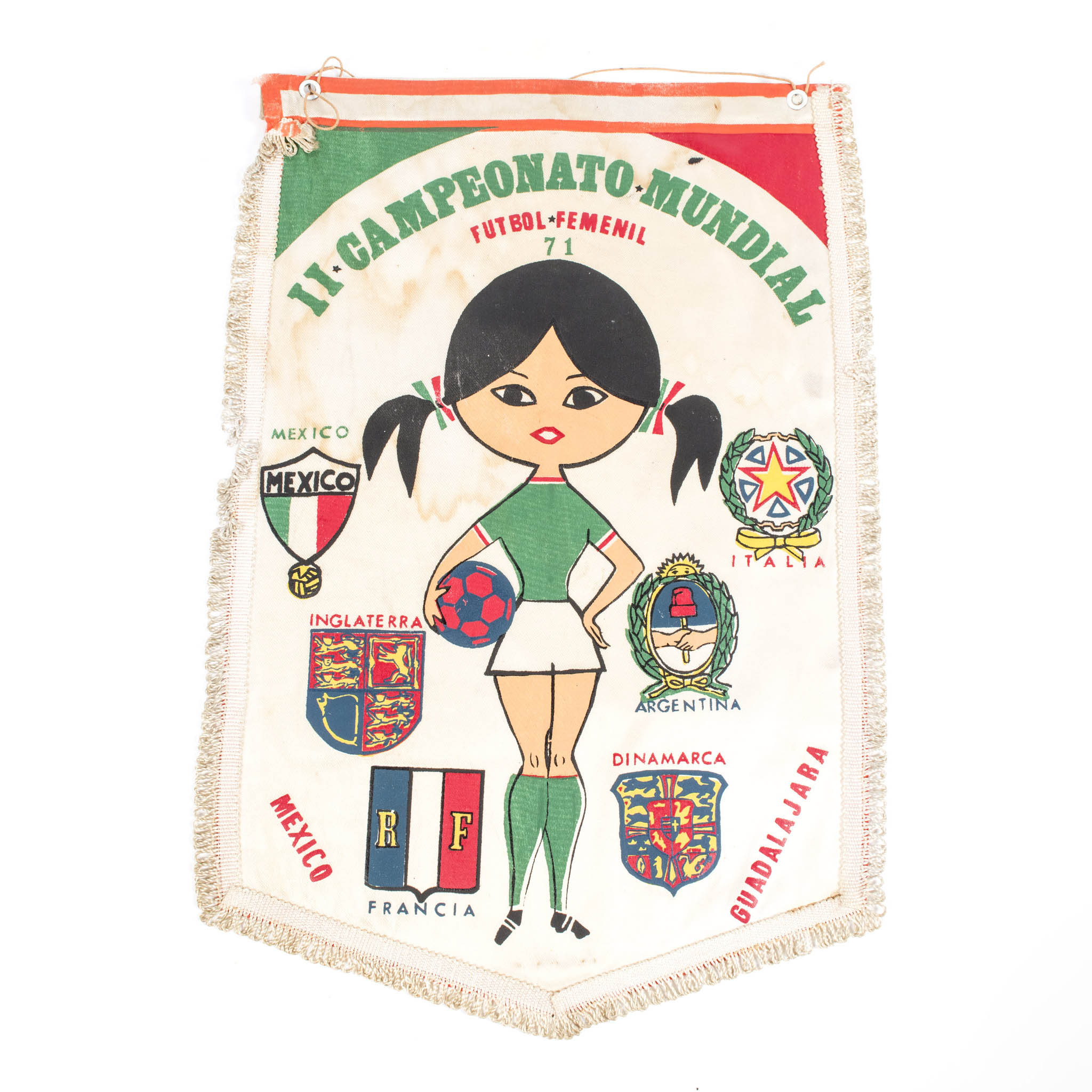 Why did they create the mascot?

The investors and organisers realised the commercial potential of such a tournament, and built it around those ideas. Interest was built up with the men’s World Cup having taken place the year before, so tens of thousands of people turned up to these games — people wanted to watch a Women’s World Cup.

The official mascot of the tournament, Xochitl, is a Nahuatl (Aztec/Mexicano) name that means flower, and is pronounced soh-chee or soh-cheel. She is a cartoon female Mexican football player, who looks like a perfect balance of serious and fun. Medals, pennants, programmes, badges, keyrings, posters, stickers, leaflets, t-shirts and more objects from the tournament all feature this mascot.

Attaching a female icon to the competition made it all the more iconic and unforgettable — although the competition was forgotten for the most part. Looking at her, you instantly know she represents Mexico’s unofficial World Cup 1971 if you’ve seen her before; if you haven’t, you would certainly want to know! She also made it easier to sell various forms of merchandise, as it makes it more relatable and appealing.

Are there other objects featuring her in the museum’s collections? 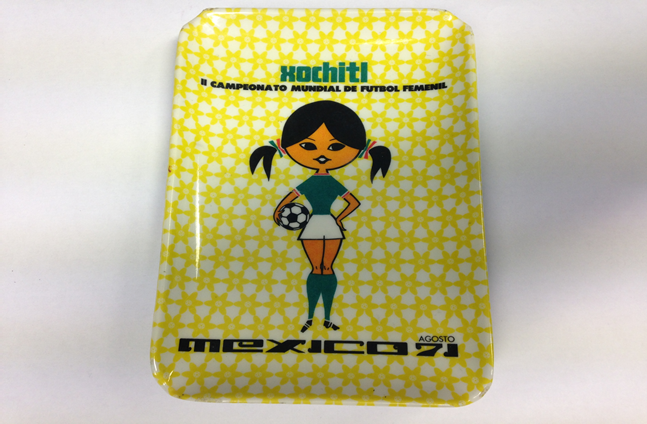 There are a wide range of other objects that feature Xochitl, this ashtray being the most random.

Xochitl is a great mascot that really stands out, especially considering the history of women’s football. Having the mascot as a Mexican girl holding a football created a powerful image of inclusivity, femininity and football together. It was unfortunately overlooked at the time, but can still be appreciated by us today.