The British Home Championship was the world’s oldest international football tournament. The national teams of England, Ireland (later Northern Ireland) Scotland and Wales first competed during the 1883–84 season. It was played for 100 years until the whistle was blown on the competition in 1984. 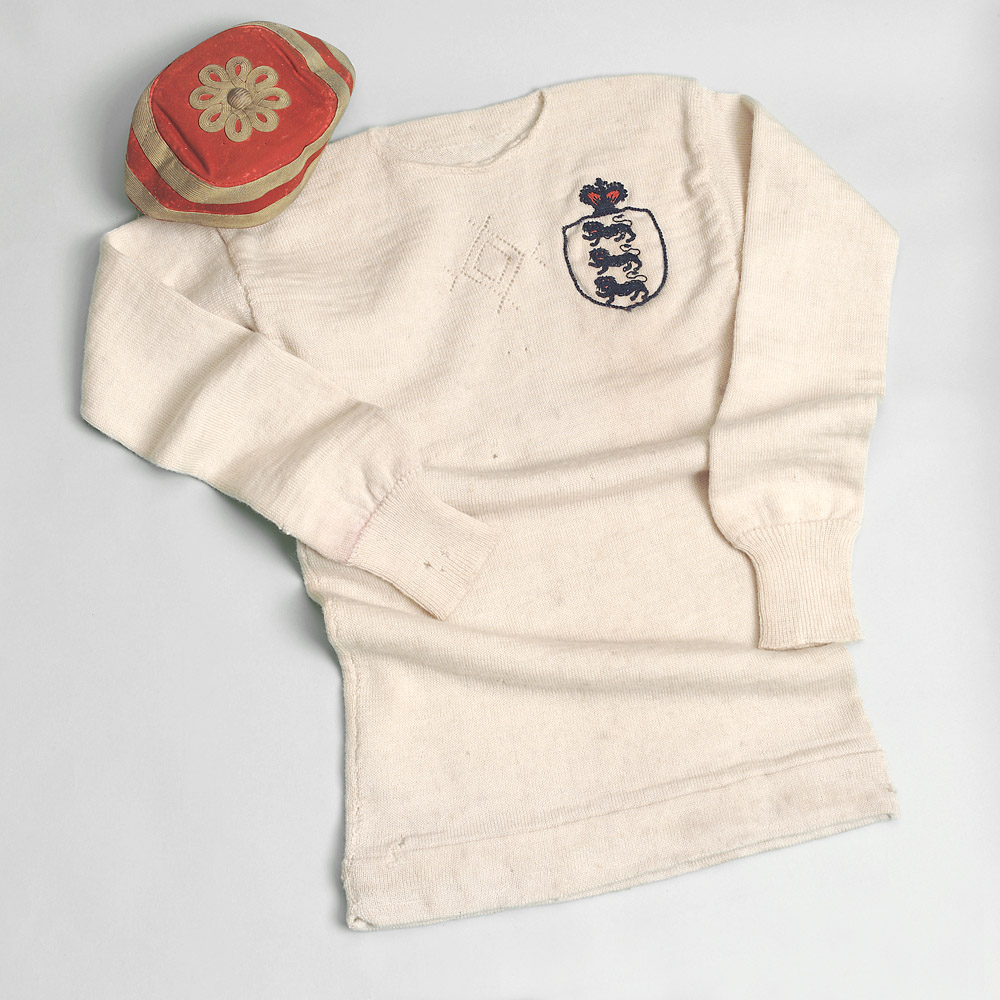 The world’s first international football match took place at Hamilton Crescent in Partick, Scotland. The Scottish team (made up entirely of Queen’s Park players) took on the English team. Both sides played to the rules set out by the Football Association over the previous decade.

“In order to further the interests of the Association in Scotland, it was decided that during the current season, a team should be sent to Glasgow to play a match v Scotland. ”

Unifying the codes brings about the opportunity for competition. 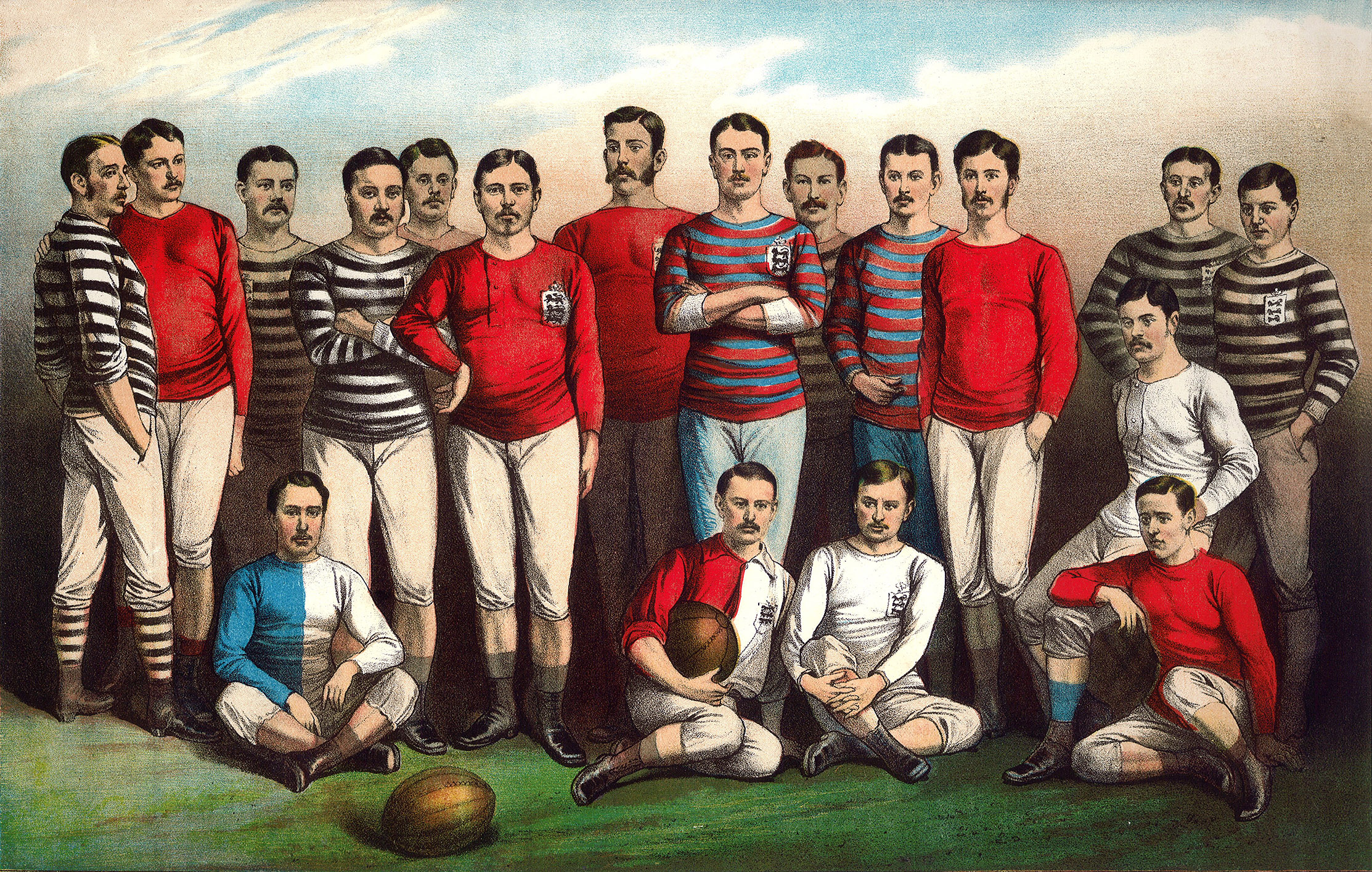 Association football was still in its infancy in the early 1880s

46 years before Uruguay hosted the first World Cup, the best of the four British national sides could stake a claim to be the football champions of the world. 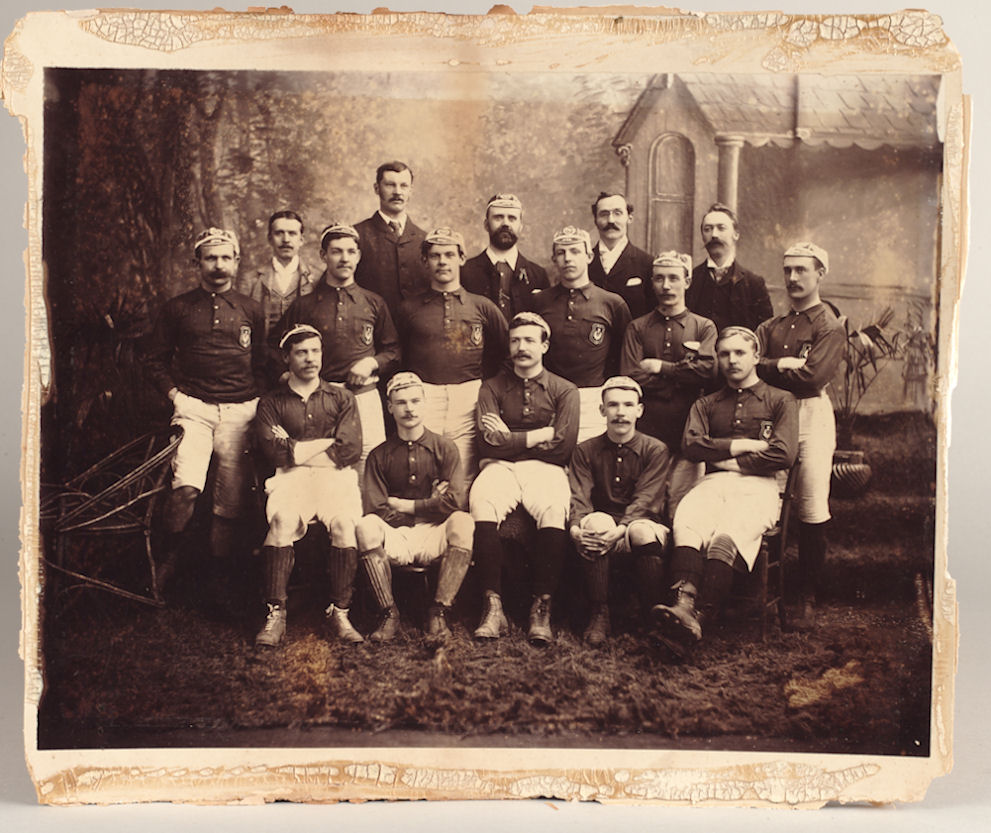 Top of the league in the first four Home Championships, Scotland were the team to beat in the 1880s

The first game took place on 26 January 1884 between Ireland and Scotland in Belfast, ending in a 5-0 win for the visitors. Unusually, Ireland were involved in all of the first three matches, these games all taking place within a four week period. This may have accounted for their heavy losses, but the deciding match proved to be Scotland’s 1-0 win against England at Glasgow’s Cathkin Park in March. Despite scoring 12 goals in three matches, England had to be content with a second place finish.

Scotland had won three of the first four Championships, sharing one with England. Having lost narrowly to the Scots in 1887, England were desperate to go one better. 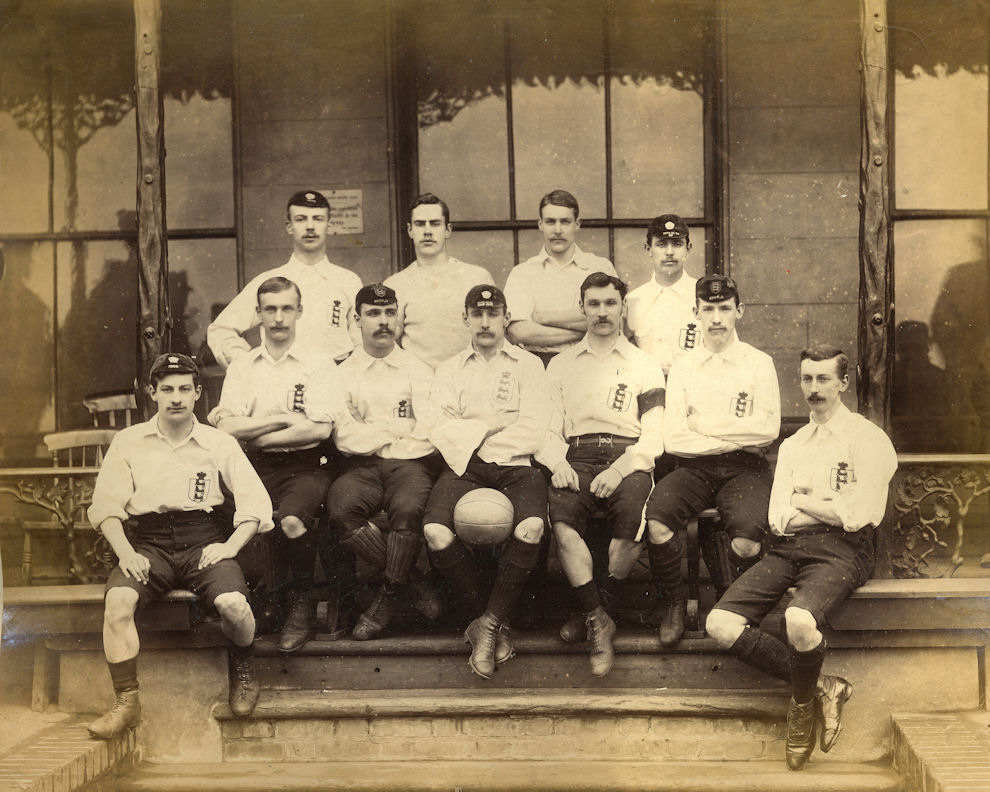 In the fifth year of the Home Championships, having been beaten or matched by Scotland in all of the previous competitions, it was time for England to prove their worth. In a tournament that notched up an incredible 46 goals in just six games, the England team played their part by scoring five goals in each of their three games. The 5-0 victory over Scotland was their first win against their rivals in competitive football and was enough to secure the Championship for England.

The 1901/02 season saw England and Scotland field teams made up entirely of professional players for the first time. The final game of the tournament saw the two sides face off at Rangers’ Ibrox Park. 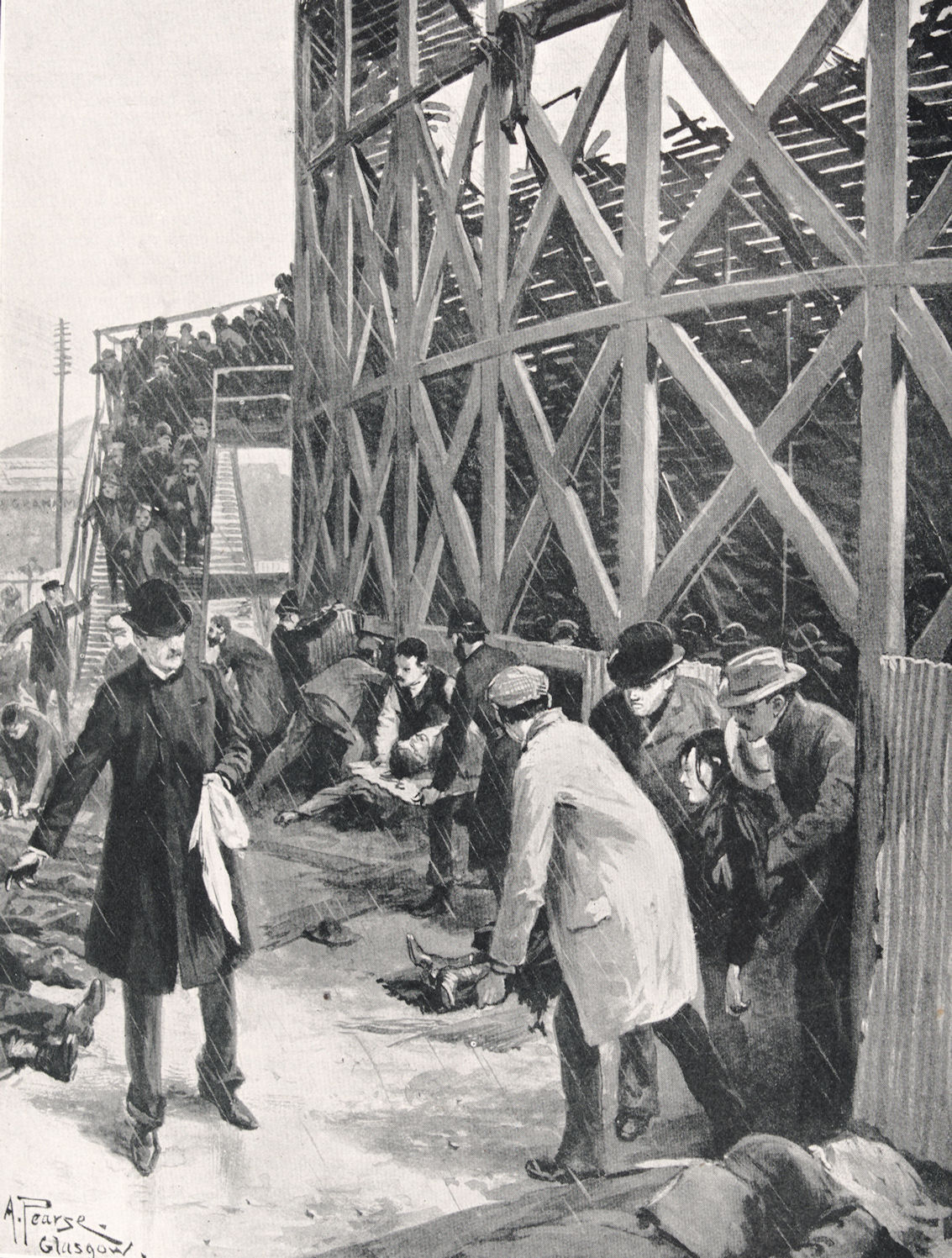 An illustration of the aftermath of the Ibrox disaster. From 'The Book of Football' (1905)

With Ireland having secured a third place finish, Scotland and England met to decide the tournament in front of a capacity crowd at Ibrox. Six minutes into the match, a section of wooden terracing gave way beneath hundreds of supporters, killing 25 and injuring many more. Although the game was played out to a 1-1 draw, the match was declared void. A replay was staged at Villa Park, with all proceeds donated to the disaster fund. Another draw saw the Championship go back to Scotland, where the footballing community was in turmoil as a result of the events in Glasgow.

England and Scotland had dominated the tournament’s first 23 years. Could Wales’s rise threaten the status quo? 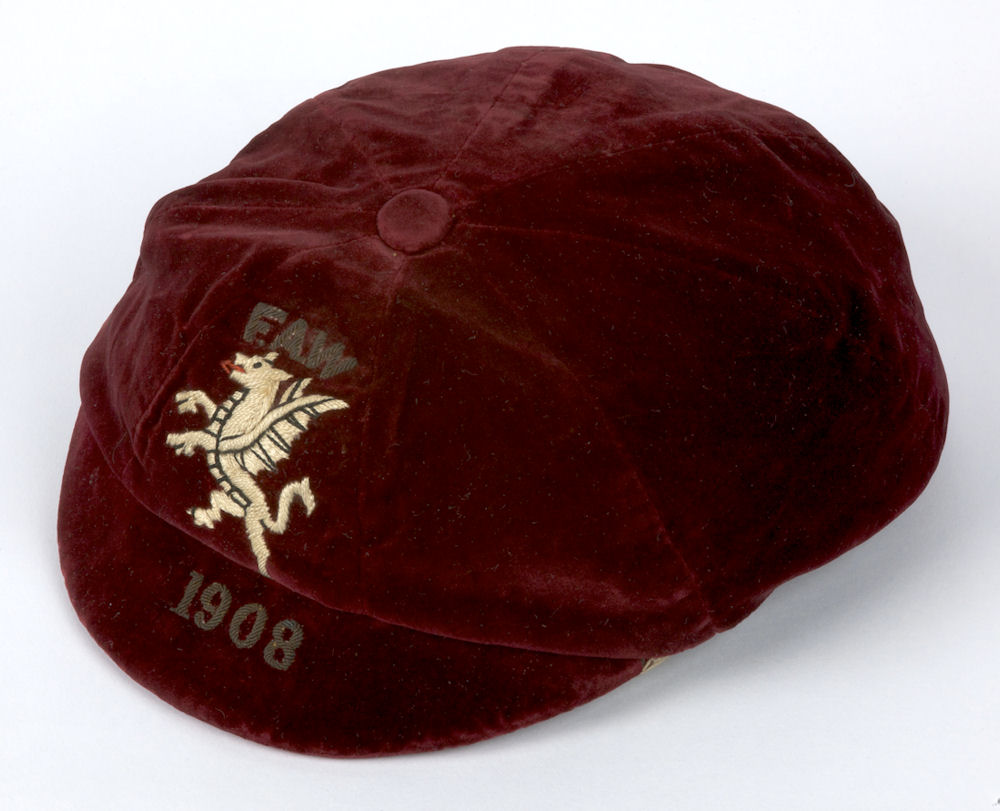 On New Year’s Day 1907, Billy Meredith, the original Welsh ‘wing wizard’ returned from a suspension from football that had ruled him out of the game for over a year. Less than two months later, he was instrumental in Wales’s 3-2 defeat of Ireland in Belfast, scoring a rare international goal. A 1-0 win against Scotland followed, before a meeting with England at Fulham’s Craven Cottage. In the first half, Meredith’s cross found it’s way to Lot Jones who scored the opener. England equalised in the second half, but survived a penalty claim and the match finished in a tie – Wales were champions.

Finishing in last place 17 times during the first 30 years of the Home Championship, Ireland were the worst performing nation. Spurred on by a first victory over England in 1913, Ireland set their sights on the prize. 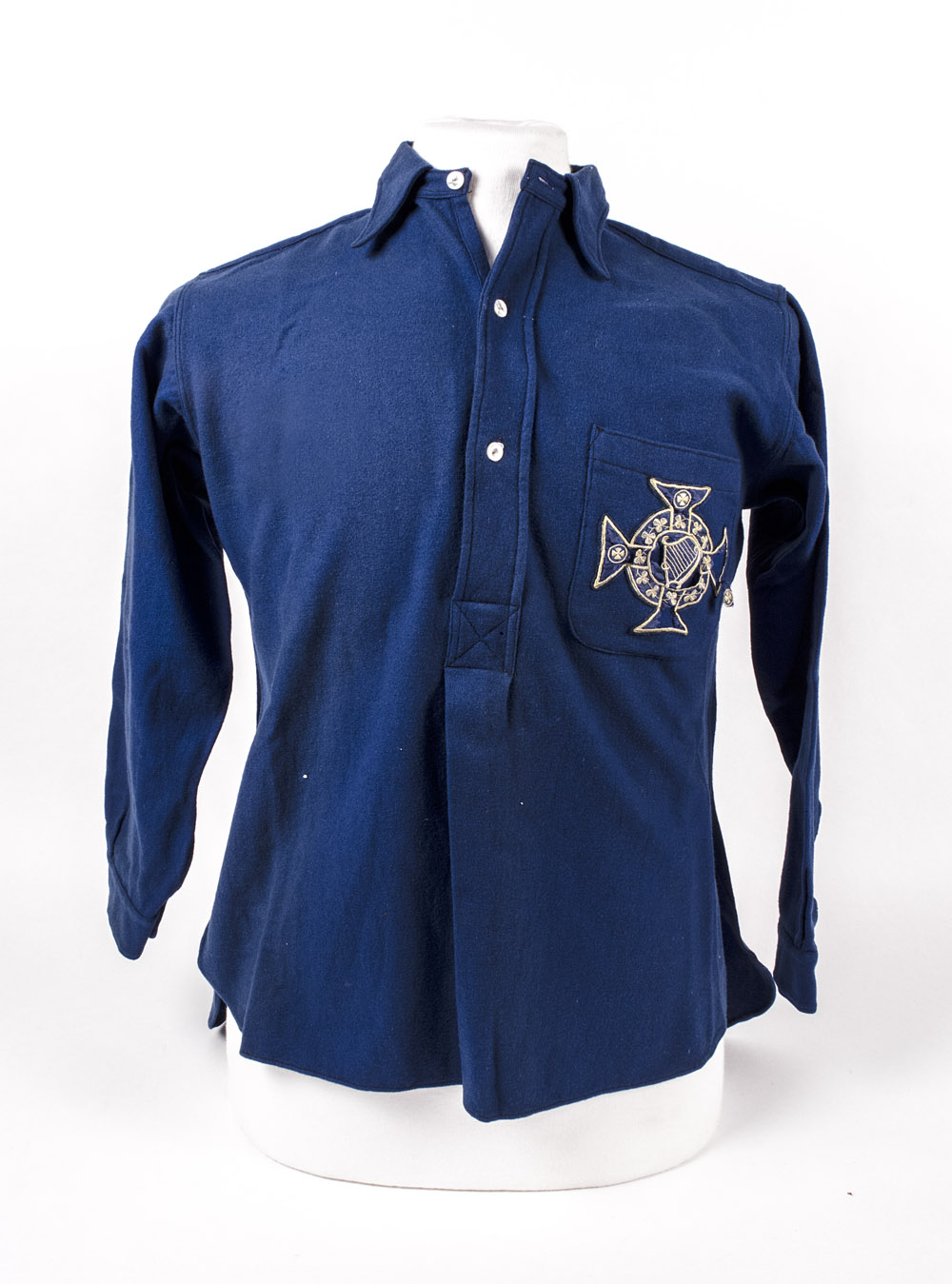 Previous Home Championships saw teams regularly notch up record victories over Ireland, who had won just 16 of their 90 games in the competition to 1914. A more evenly fought Championship the previous year gave Ireland hope that they might become the last of the nations to take the title.

A 2-1 win over Wales in Wrexham in the opening match was followed by a remarkable 3-0 victory over previous winners, England. With only Scotland between them and the Championship, a 1-1 draw at Windsor Park proved enough. Ireland were Champions of Britain at last, and they would hold the trophy for the next six years, as the outbreak of war meant the competition was put on hold.

The end of hostilities allows the resumption of competitive football, while one of the game’s greatest players still dreams of defeating England. 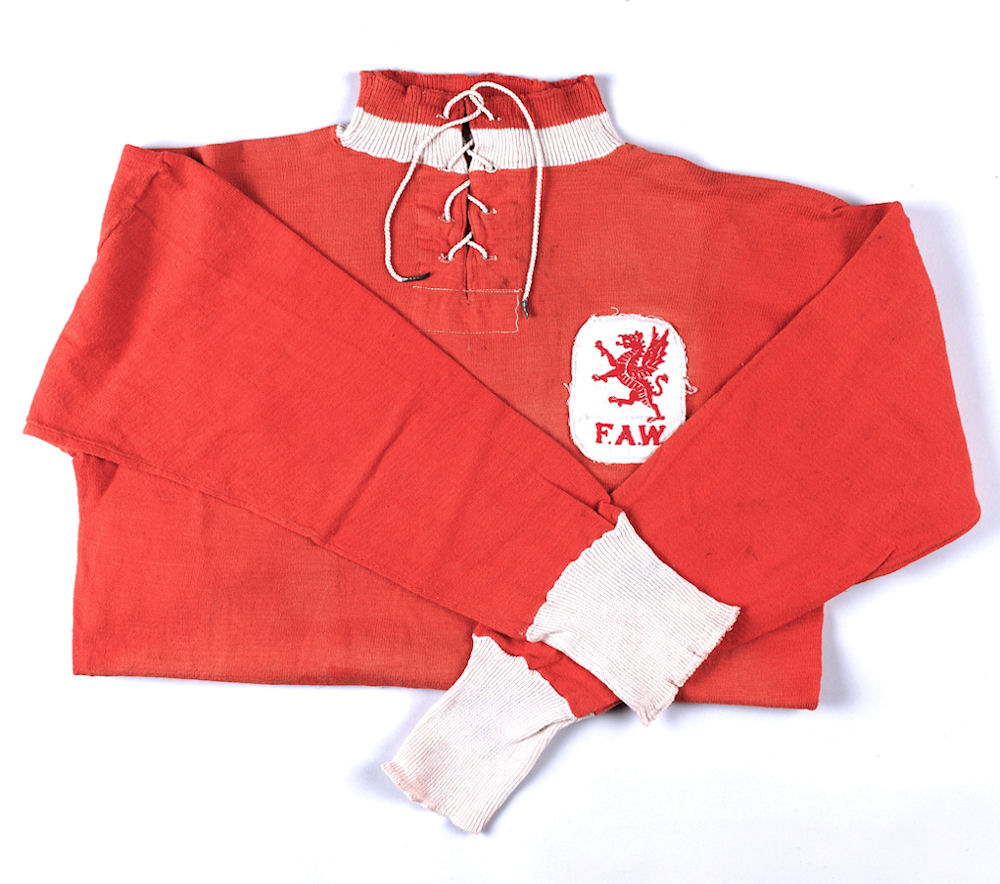 Many of the players who had taken part in the previous competitions had seen the Great War put an end to their careers in football. Age, injury and death had taken a toll on the footballing community, in a microcosm of British society. One notable individual had emerged unscathed – Billy Meredith.

Denied victory over England in 1907, Meredith – 25 years since winning his first cap – finally achieved his dream, as he helped Wales to beat England 2–1 at Highbury. Reported to have been reduced to tears by his first victory against the English in 20 attempts, Meredith would call an end to his international career shortly after England’s 5-4 win over Scotland brought a second Home Championship honour to Wales.

1935: Silverware for the Jubilee

Although the Home Championship had been played for 50 years, until 1935, no team had lifted a trophy. 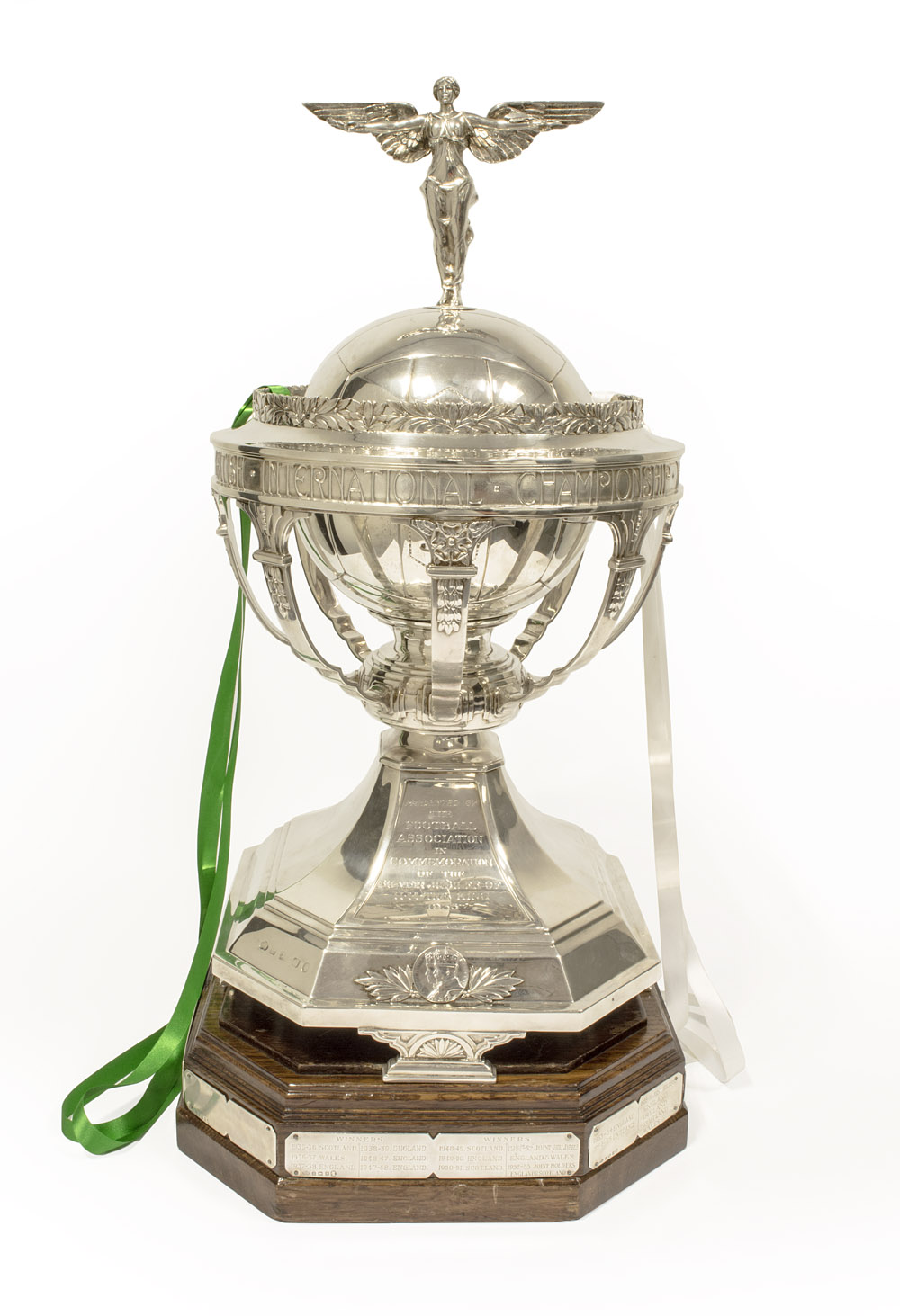 In the year of King George V’s silver jubilee, it was decided to commemorate the occasion by producing a trophy to present to the champions.

An art deco-style silver trophy featuring a winged figure atop a globe-like football was crafted. The Championship itself was closely fought, and after all six matches had taken place, only two points separated the four nations. The honours – and the silverware – were shared between England and Scotland.

Although the first FIFA World Cup had taken place in 1930, the home nations had taken no part. In the 1949/50 season, however, the Home Championships were to double as a qualifying round for the 1950 World Cup Finals in Brazil.

Places in Brazil were to be given to both the winners and runners up, but Scotland announced that they would only go if they won outright. Having finished second to England, they declined their invitation, and while England played in Brazil, they failed to impress on the world stage.

1967: Scotland Become "CHAMPIONS OF THE WORLD"

Following England’s victory in the final of the previous year’s World Cup, the 1967 Home Championship took on a greater significance. If one of the other nations were to beat England to the title, could they claim to have usurped England’s place as World Champions?

The unofficial title could be claimed by Scotland if they were to beat England in the final match at Wembley on 15 April.

George Best’s Northern Ireland never qualified for the World Cup, neither had they won the Home Championship during his international career. 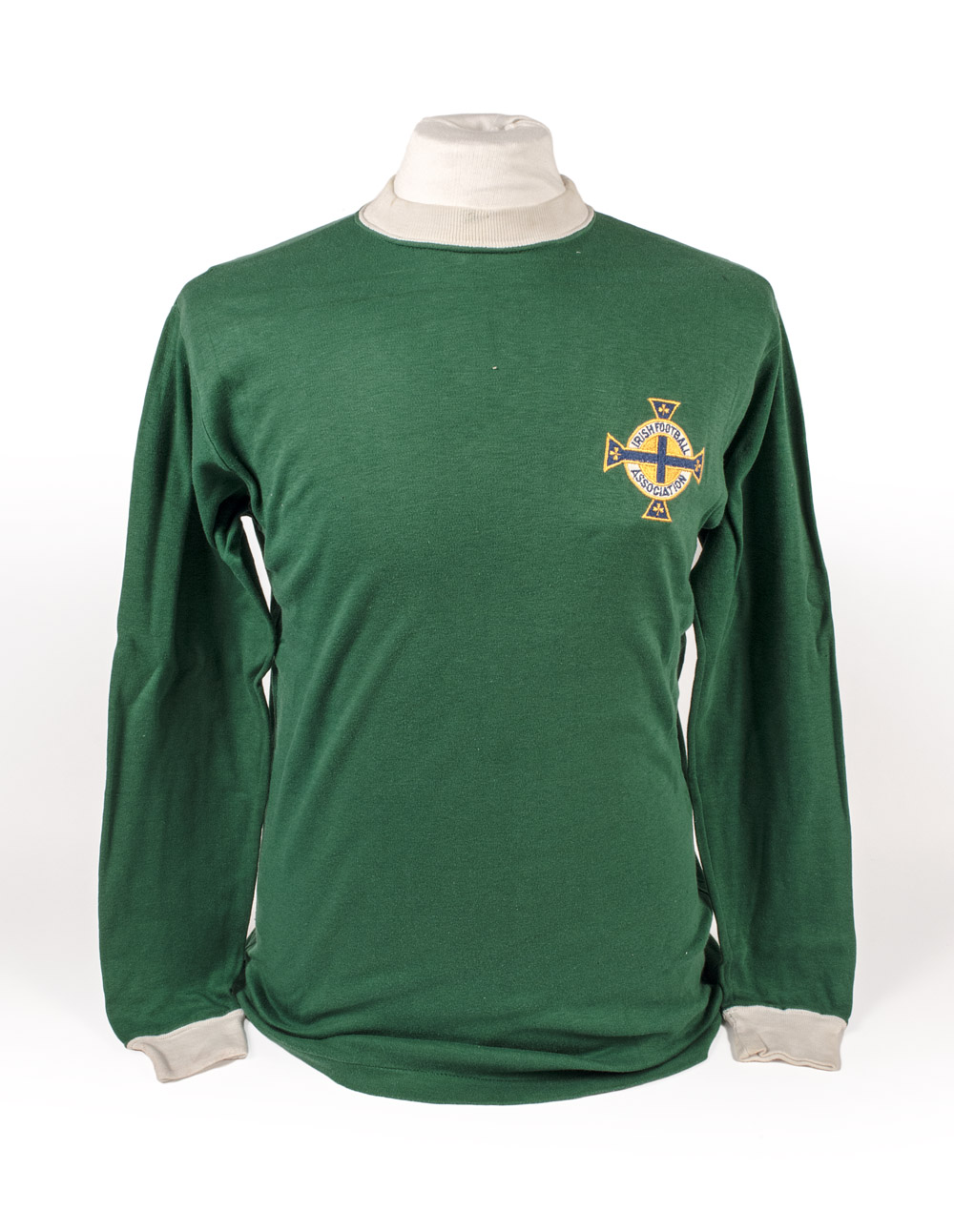 One of the greats of English football, and the European Footballer of the Year in 1968, George Best’s tally of just two Home Championship goals perhaps did not do justice to his reputation as a footballing genius.

In 1971, with Northern Ireland having won two of their three games, if England were to drop any points in their final match, Best’s side could claim the trophy. England, however were to beat Scotland 3-1, and Best’s greatest opportunity to claim international honours had passed.

Following troubles both on and off the pitch, social unrest in the British Isles and declining attendances, the Home Championships were abolished in its centenary year. 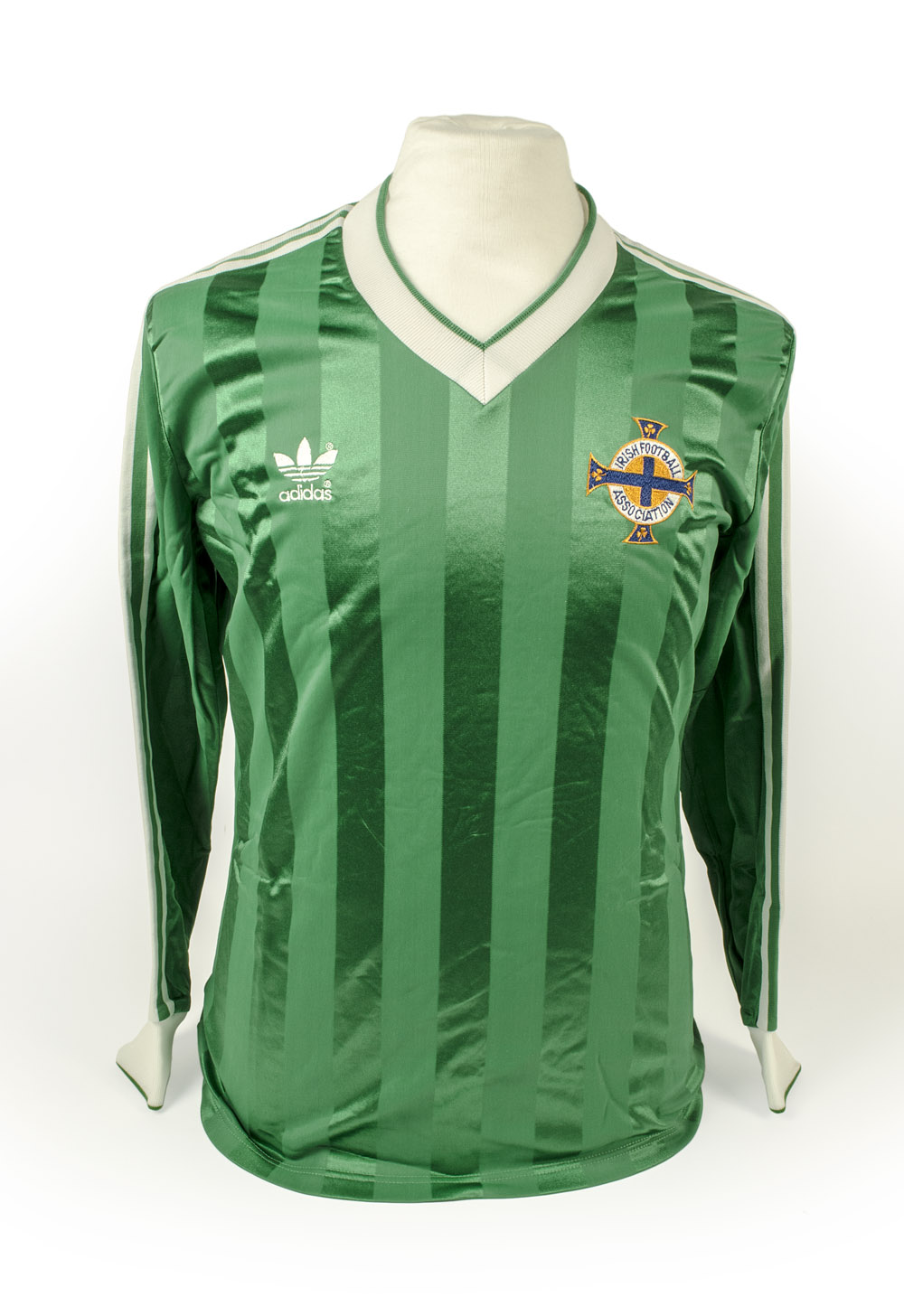 In the early 1980s, the writing was on the wall for the Home Championship. The Troubles in Northern Ireland meant teams refused to travel to Belfast in 1981; as a result, the tournament was abandoned, unfinished for the first time in its history.

After England won the Championship in 1983, the FA announced it would not enter the competition after the 1983/84 season. The Scottish Football Association followed suit shortly afterwards, spelling the end for the competition.

The final Home Championship was decided by goal difference, with all four teams level on points, Northern Ireland won by a single goal. The trophy was lifted for a final time, and it remains property of the Irish Football Association to this day.

Browse our shop for British Home Championship products and memorabilia.