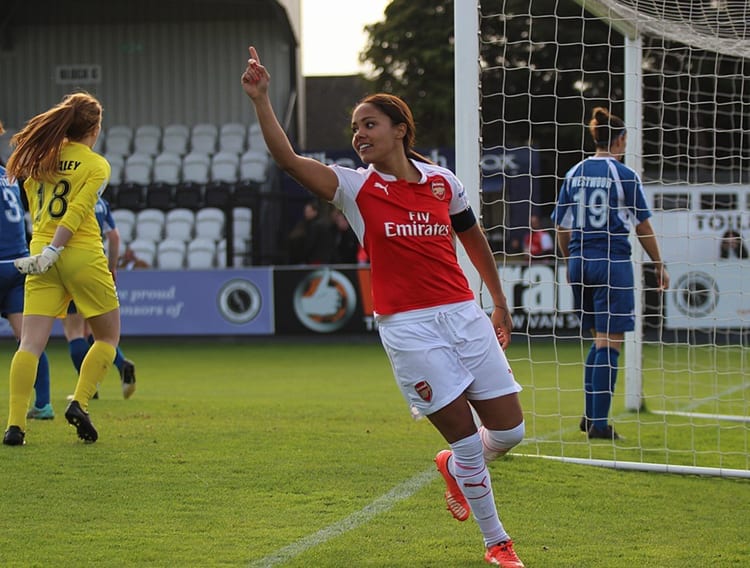 One of the country’s greatest and most dangerous full-backs, Alex Scott was a key fixture on the right of defence for both Arsenal and England for well over a decade.

A graduate from the Arsenal academy, Scott initially started out as a forward, playing up top or out on the right wing, before her conversion to full-back. After a spell at financially troubled Birmingham City, the 20-year-old returned to Meadow Park and became part of the Gunners’ Double-winning side of ‘05/06.

Now a firm fixture in the side, Scott would play a significant role in retaining both the title and Women’s FA Cup the following season – as well as the Premier League Cup and the UEFA Women’s Cup. In the latter competition, her last-gasp goal in the first leg – a swerving effort from distance – proved enough to clinch the cup against Umea IK, defeating the Swedish favourites 1-0 on aggregate. In doing so, Alex Scott became one of the first players to have achieved a Quadruple in the English game. 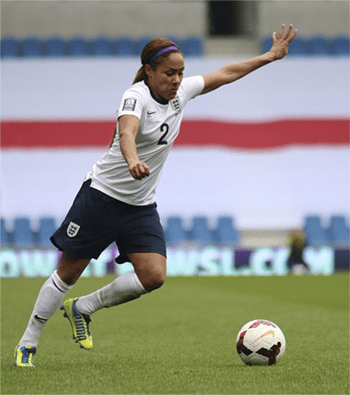 Alex Scott in action for England Women; she accrued 140 caps for the national side, scoring 12 goals. Image: James Boyes.

After two years stateside, Scott returned to North London, where her experience, energy and endeavour down the right helped the Gunners retain their WSL title. She also featured in both the 2013 and 2014 Women’s FA Cup finals, collecting another two winner’s medals, as well as featuring in two WSL Cup-winning sides.
Appointed skipper in 2014, the defender led the side to two triumphs before her retirement. First, she was part of the squad that lifted the WSL Cup again in 2015 (though she did not feature in the final), before keeping a clean sheet in the 2016 Women’s FA Cup victory over rivals Chelsea at Wembley Stadium.

From 2004 onwards, Scott was also a mainstay in Hope Powell’s England side. She made her debut against the Netherlands in September that year, and was a starter for the Lionesses just a few months later at the 2005 European Championships.

She would go on to play in four UEFA Women’s EURO tournaments and three World Cups, winning a runner-up medal at the 2009 EUROs and a third-place medal at the 2015 World Cup in Canada, where she made a late appearance off the bench during England’s 2-1 defeat to Japan. By the time of her retirement from international duty in 2017, Alex had racked up 140 appearances for the national side, scoring 12 goals. Only Fara Williams, Jill Scott and Karen Carney have made more appearances in an England shirt. 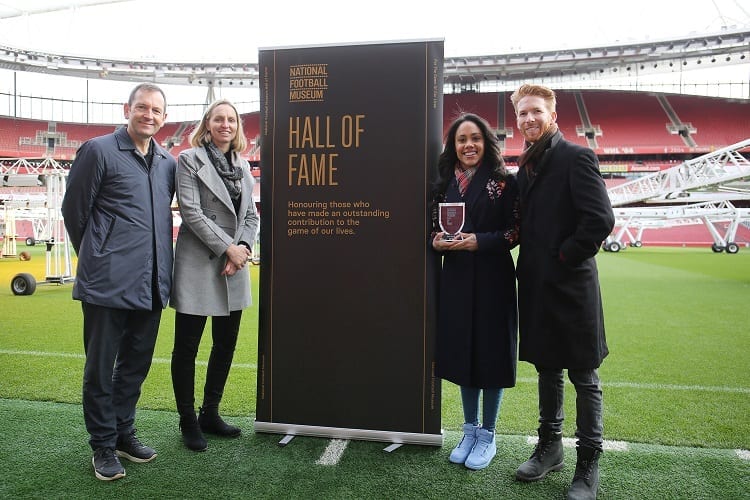