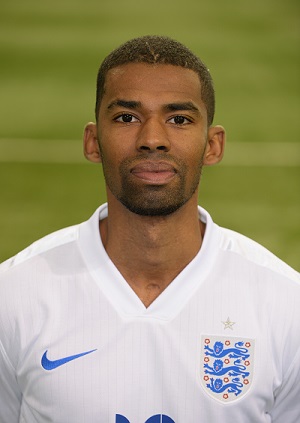 A promising footballer who went on to represent Team GB at the Paralympic Games, Alistair Patrick-Heselton’s story is one of perseverance and determination.

Starting out at Wycombe Wanderers as a schoolboy, Alistair showed great potential from an early age, and was soon snapped up by Queen’s Park Rangers. The forward was prolific at Under-17 level, and featured a number of times of the reserve side before suffering a severe cruciate ligament injury.

After stints at a number of different clubs, Alistair opted to combine playing semi-professional football with studying for a career in quantity surveying, turning out for Isthmian League outfit Wingate & Finchley. However, in 2006, the striker was involved in a car accident which claimed the life of his best friend, fracturing his skull and spending two months in a coma.

He later resumed consciousness but was informed that he may never walk again, seemingly ending his football career. Four years on, Alistair was contacted by then-England and Team GB Paralympic coach Lyndon Lynch, who convinced the former prospect of trying out for the CP team, consisting of players with cerebral palsy and other brain injuries.

Since making his Team GB debut at the 2011 CPISRA Championships alongside Hall of Fame inductees Martin Sinclair and Matthew Dimbylow, Alistair became a shining star for his country, playing a crucial role in the lead-up to the 2012 BT Paralympic World Cup final. He led the fightback in the final against Brazil, pulling back England’s second goal in a courageous 4-2 defeat.

He went on to represent Team GB at the Paralympic Games four months later, laying on three assists and finding the back of the net against Argentina.

Alistair now acts as a mentor and speaker for the next generation of footballers, working with the PFA, Premier League and regional FAs to guide and inspire children across the country.

Alistair Patrick-Heselton was chosen by The FA to be inducted to the National Football Museum Hall of Fame 'Football For All' category in 2017.