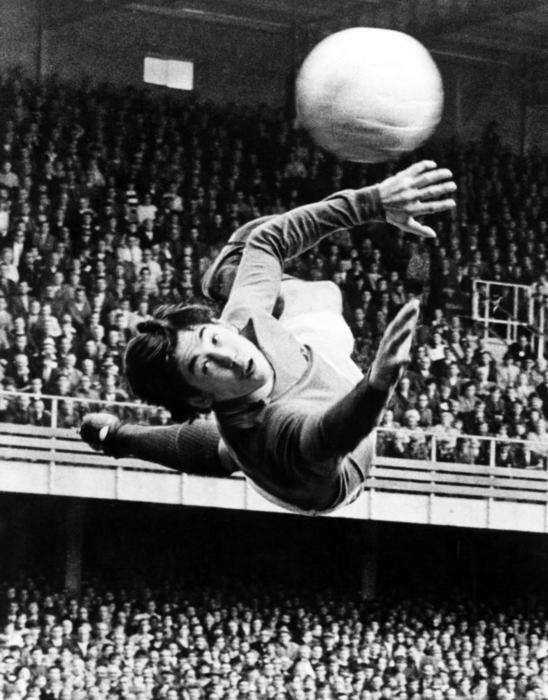 Widely regarded as one of the greatest goalkeepers of all time, England’s World Cup-winning number one, Gordon Banks OBE, was one of the inaugural inductees into the National Football Museum Football Hall of Fame.

Banks made his first league appearance for his hometown club of Chesterfield in 1958, having impressed for the reserve side. Banks looked a real prospect for the Third Division outfit, and was soon snapped up by Leicester City manager Matt Gillies after just 26 appearances for the Spireites.

The 21-year-old Banks arrived at Filbert Street with plenty of competition ahead of him. He initially had to settle for a starting spot in the reserves, but stepped up when regular starter Dave MacLaren picked up an injury. Banks was briefly dropped upon MacLaren's return, but soon regained his place between the sticks and never looked back.

Banks' steadfast determination to hone his skills was behind his rise to international recognition. The young 'keeper didn't have a dedicated goalkeeping coach at Chesterfield or Leicester, but devised his own drills and routines, focusing on his perceived weaknesses in order to improve his all-round game.

He played a significant role in City's march to their second ever FA Cup final in 1961, and was in net again at Wembley two years later, receiving a runner-up medal on both occasions. Banks finally won the first honour of his career the following season, as Leicester clinched the League Cup by defeating future employers Stoke City over two legs.

Banks received his first senior England cap in 1963 under the watchful eye of Alf Ramsey, who would quickly establish the Leicester stopper as his number one. In 1966, Banks didn’t concede a goal from open play on the way to the World Cup final (the great Eusebio’s semi-final penalty being the only time the ball found the England net prior to the famous Wembley game). Whilst Hurst, Charlton and Moore were winning the plaudits, the impressive Banks went about his business as keeper of the tournament.

Despite being the only English goalkeeper to lift the Jules Rimet, the Leicester City board felt the 28-year-old's best days were behind him. Teenage prodigy Peter Shilton was touted as City's new number one, and Banks, after making over 350 appearances, was unceremoniously forced out of the club.

Though there was strong interest from West Ham United and Liverpool, with Bill Shankly a particularly keen admirer of the 'keeper, Banks moved to Stoke City for £50,000. When he arrived at the Victoria Ground, Banks insisted he was not there to retire, but that he'd "come here to win something". He made good on that promise, clinching his second League Cup in 1972.

Internationally, Banks was still England's number one in 1970, and would remind the world of his world-class pedigree at the World Cup in Mexico. It is perhaps his save in England’s 1-0 group stage loss to Brazil that secures his place in history. Diving low to his far right, Banks stretched to reach the great Pelé’s goalbound header. With the Brazilian forward already celebrating what appeared to be a certain goal, Banks miraculously managed to not only to get a hand to the ball, but to flick it up, over the bar and to safety. It was one of the defining images from arguably the greatest World Cup tournament.  Pelé later said “it was the greatest save I’ve ever seen”, and it is still known as ‘the save of the century'.

"The greatest save I've ever seen."  Pelé

England negotiated their World Cup group, but went out to rivals West Germany in the quarter finals. Before the game, Banks was struck down by a debilitating stomach-bug and was unable to play. Manager Alf Ramsey summed up the importance of Banks after the match he asked “If anyone had to be ill, why did it have to be him?” 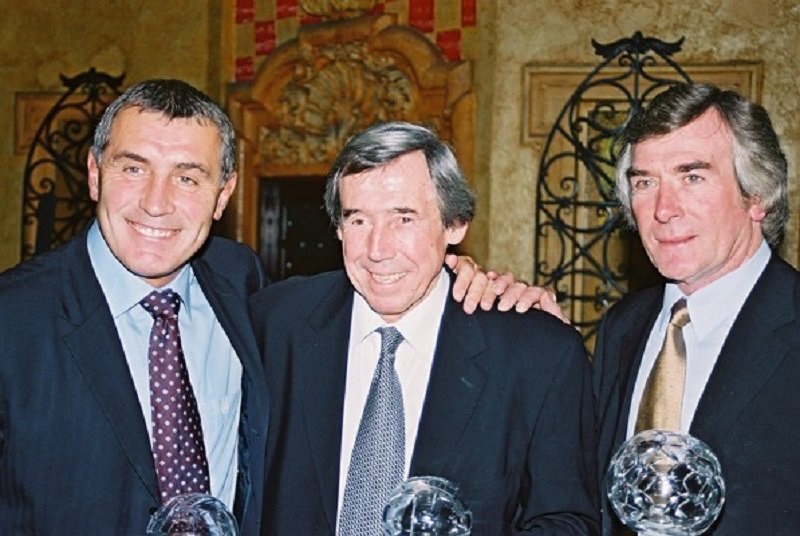 Gordon Banks with his Hall of Fame award, alongside Peter Shilton and Pat Jennings, at the inaugural ceremony in 2002.

After making over 200 appearances for Stoke, Banks was forced to retire in 1973 after a car accident the previous cost him the use of an eye. Despite the disability, five years later, at the age of 39, he returned to playing with the Fort Lauderdale Strikers in the North American Soccer League. He was voted Goalkeeper of the Season.