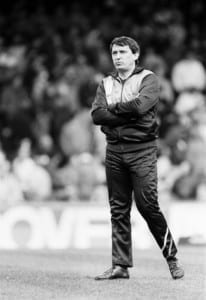 A legendary figure in the borough of Watford, Graham Taylor is not only considered to be the most successful manager in the Hornets’ history, but also played a key role in establishing Watford F.C. as a community club in every sense of the word.

Born in Worksop but bred in Scunthorpe, Taylor embarked upon a modest playing career in his adopted hometown. After serving his apprenticeship at the Iron, Taylor went on to feature at full-back for Grimsby Town and Lincoln City in the lower divisions before hanging up his boots in 1972.

However, Graham would not be out of the game long. Then 28, he took the reins at Lincoln later that same year, becoming the youngest manager to hold a post in the Football League. He duly repaid the Imps board’s faith, steering his side into Division Three as champions.

After five successful years at Sincil Bank, Taylor was selected by new Watford owner Elton John to lead the Hornets’ charge through the pyramid, rejecting the overtures of First Division club West Bromwich Albion in the process. In Taylor’s first season, Watford surged to the Fourth Division title, and that crop of players delivered similar success the following year, finishing as narrow runners-up in Division Three to earn a second successive promotion.

Taylor’s brand of man management played a crucial role in the development of talents such as Luther Blissett, Kenny Jackett and John Barnes, inspiring commitment and devotion from his charges. After a year of consolidation, Watford and Taylor were to break new ground, reaching the First Division for the first time in the club’s history with another second-place finish in 1982. 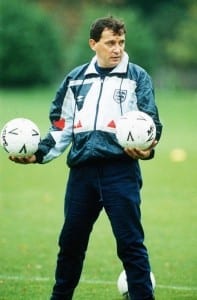 Graham Taylor at an England photocall in 1990. Pic by Mirrorpix.

Within five years, Taylor had transformed Watford from a club languishing in the lower reaches of English football to a bona fide top-flight outfit, one which challenged for the First Division championship in 1982/83 and competed in Europe the following season. The Hornets even booked their first ever trip to Wembley in 1984, going down to Everton 2-0 in the FA Cup final.

By the time Taylor departed for Aston Villa in 1987, he had made a telling contribution on and off the field. While at the helm, Taylor encouraged his players to engage with the wider community, insisting that they live no more than thirty miles away from Vicarage Road. Appearances at schools, hospitals and local events were made compulsory within their contracts. As a result, Watford’s football club engendered closer ties with the surrounding borough than ever before, with Taylor serving as the initiative’s main focal point.

Taylor enjoyed a similar degree of success at Villa, leading the once-mighty club back into the top flight in 1988, before leading the Birmingham outfit to yet another runner-up finish two years later. His burgeoning reputation ultimately led the FA to designate Graham Taylor as Sir Bobby Robson’s successor to the England post in 1990, but the new man could not work the same magic within the England setup, exiting the Euro ’92 group stages without a win and failing to qualify for the 1994 World Cup in the United States. 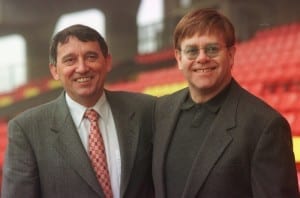 He returned to club management with Wolverhampton Wanderers in 1994 before taking in a second spell at Vicarage Road, rolling back the years to guide Watford back into the top flight (albeit for one season). Taylor retired after a swansong year at Aston Villa in 2002/03, bringing to an end his 31-year career in football management, but did make a third return to Watford in 2009, serving as chairman for two and a half years.

Away from the dugout, Taylor never stopped working for charitable causes, serving as a Football Foundation ambassador and a patron of Watford’s Community Sports and Education Trust. Charities such as Kit Aid, Peace Hospice and Chance to Shine benefited from his steadfast support, and he undertook a number of physically demanding feats to raise funds for the Royal British Legion and deafblind charity Sense.

Graham was honoured for his extensive community outreach work in 2010, inducted into the National Football Museum’s Hall of Fame as a Community Champion.