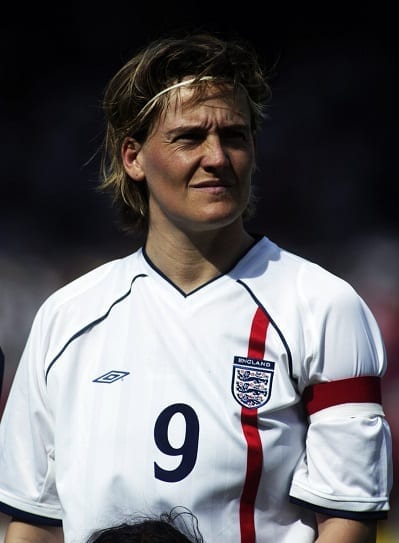 Renowned for her aerial prowess and heading ability, Karen Walker was England’s main scoring outlet for the best part of 15 years.

Born and bred in Mexborough, a small town outside of Doncaster, Walker was recruited by neighbour and future teammate Karen Skillcorn to play for Doncaster Belles at the age of just fifteen. Within a year of joining, the centre-forward had become a mainstay in the Belles’ first team, earning her first England cap while still in her teens.

Walker was a key fixture for Donny throughout the late eighties and nineties, playing a starring role as the club clinched three consecutive Nottinghamshire League titles between 1987 and 1989, before winning back-to-back North East Regional League championships.
Walker’s incredible haul of 36 goals in just 14 games fired the Belles to an inaugural Women’s Premier League National Division title in 1991/92, and she was part of the side which lifted the trophy again two years later.

The centre-forward was no less prolific in knockout competitions. In total, Walker appeared in a staggering 11 Women’s FA Cup finals, winning five times. In the 1992 cup run, she bagged a hat-trick in every game – including in the final, a 4-0 drubbing of Red Star Southampton which also sealed an impressive Double for the club.

On the international stage, Walker soon became England’s main weapon in attack. She fired Ted Copeland’s England side to the 1995 World Cup in Sweden, getting on the scoresheet in a 3-2 win over Nigeria. Walker continued to feature for England into the new millennium, and was captain of the side when she announced her retirement from international football in 2003. By that point, she had racked up 40 goals for her country – only Kerry Davis and Kelly Smith have scored more in England colours.

Having spent almost twenty years at the South Yorkshire outfit, Walker finished her career at Leeds United, where she reached one last Women’s FA Cup final before hanging up her boots in 2006. 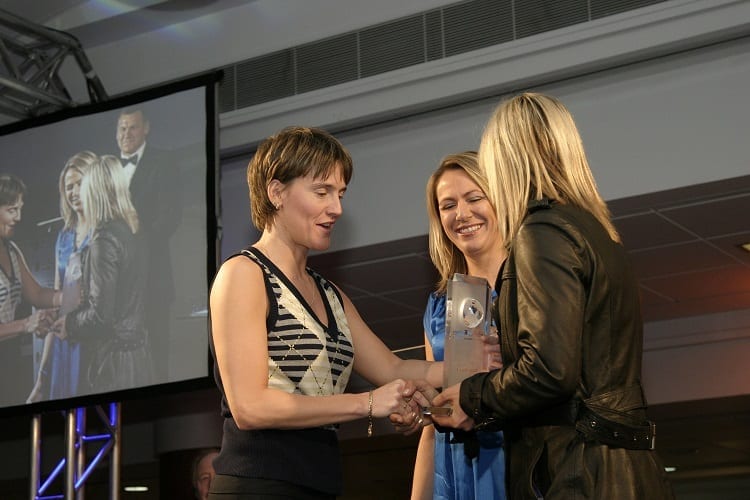 Karen Walker is presented with her Hall of Fame award in 2007. Photo: Jason Lock