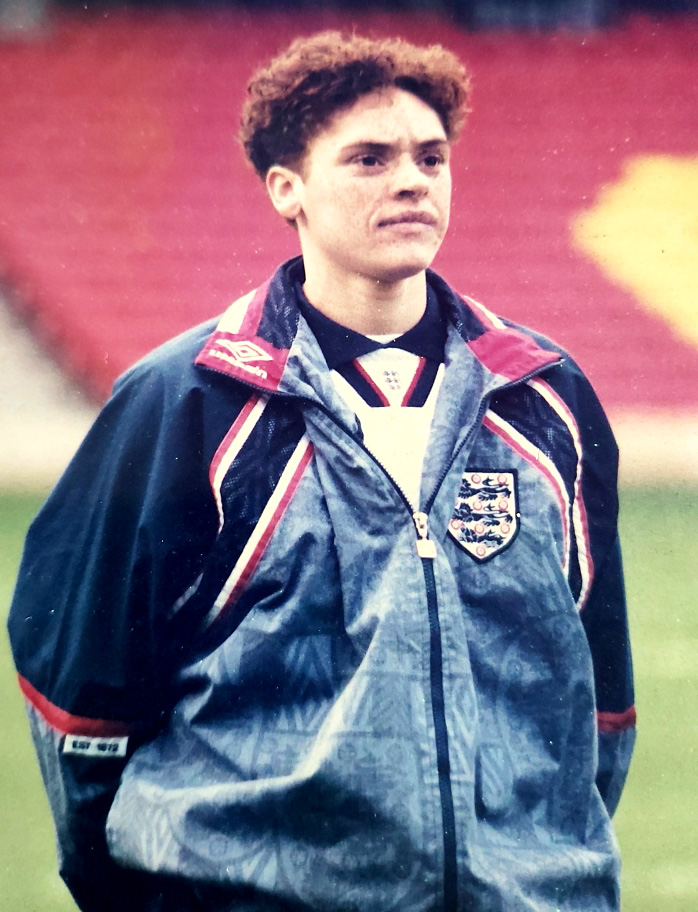 Previously the Lionesses’ all-time top scorer, Kerry Davis was one of the first Black players to play for the women’s national side, forming a crucial part of the Lionesses attack for almost sixteen years.

Born in Stoke to a Jamaican father and English mother, Kerry joined Crewe Alexandra Ladies at the age of sixteen, making her England debut whilst at the club.

Davis was one of the regular starters during England’s run to the 1984 UEFA Women’s European Championship final, where despite converting her spot kick, still finished as runner-up in the penalty shootout.

Although she missed the 1984 Mundialito, Davis was a key figure in the following year’s competition, netting in a 1-1 draw against the Italian hosts in the group stage, before playing her part in the 3-2 final victory over the same opposition.

Off the back of this success, Davis traded Crewe for Rome, signing up on semi-professional terms with Roi Lazio, before spending time at Trani 80 (finishing runner-up in both Serie A and the Italian Women’s Cup) and Napoli. 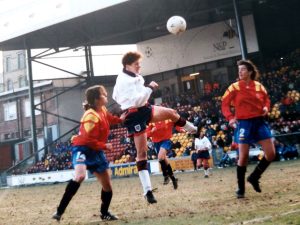 During this period in Italy, Kerry continued to represent the national side (often at her own expense). She returned to Crewe in 1989, then joined Knowsley United (soon to become Liverpool Ladies). Before joining Croydon late in 1994, Kerry had claimed another runner-up medal, having featured in Knowsley’s narrow defeat to Doncaster Belles in that year’s Women’s FA Cup final.

The versatile forward saw out her career in London, where she finally got her hands on domestic silverware. First, Croydon Women won the FA Women’s Premier League on goal difference, then defeated Davis’ old club Liverpool on penalties in the Women’s FA Cup.

During the latter stages of her career, Kerry continued to play a significant role for country as well as club. By the time she retired from the international stage in 1998, Davis had featured at three European Championships, as well as England’s first appearance at an official Women’s World Cup.

In that time, she had also racked up an astonishing 44 goals in 82 games – a total surpassed only by Kelly Smith in 2012, and Ellen White in 2021, both out-and-out centre-forwards. 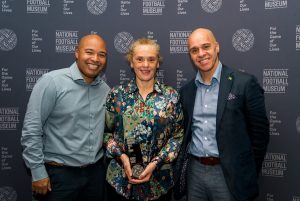