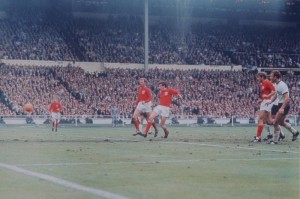 Nicknamed ‘The Ghost’ for his ability to drift anonymously into goal-scoring positions, Martin Peters is perhaps best knows as 'the other' goalscorer in the 1966 World Cup Final.

At his best he was the complete attacking midfielder: versatile, a dead ball expert, good in the air and with an eye for a pass. He became Britain’s first £200,000 midfielder when bought by Tottenham in 1970, in a deal which saw Spurs' all-time record scorer Jimmy Greaves going in the opposite direction to West Ham.

Peters' career could have been very different as he very nearly became a lighterman on the River Thames like his father, but football fans can be grateful to West Ham for intervening in 1959 and setting Peters on the path to football greatness.

The boy from Essex made his West Ham debut in 1962, playing as wing-half. His experience in this position aided his defensive abilities throughout his career. During his time with the Hammers he went on to play every position, including Goalkeeper. Peters wore the number 4 shirt in the West Ham European Cup winning side in 1965: the team won final match against TSV 1860 Mϋnchen 2-0 courtesy of 2 goals by Alan Sealey. 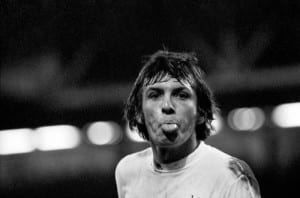 His performances for West Ham impressed England manager Alf Ramsey, just in time for him to be part of England's greatest triumph. Peters made his England debut in May 1966. The young midfielder made his World Cup debut, winning just his 4th international cap, after England's drab draw in the opening game against Uruguay. Ramsey changed his tactics, forming a 4–1-3-2  system later nicknamed the "the wingless wonders". Peters' style of play – and his excellent work rate and distribution – meant he was able to play a key role in the team.

The second match of the World Cup was won 2-0 against Mexico, and Peters kept his place, playing an important part in the quarter-finals – setting up Geoff Hurst’s goal against the Argentinians. England made it to the final, with 22 year old Peters making his eighth start for his country. 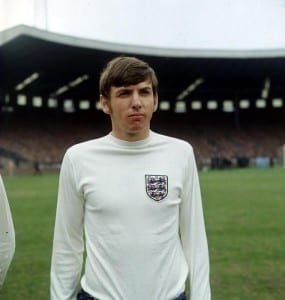 The 1966 World Cup Final was his finest moment. The midfielder could have won it for England in normal time after latching on to a deflected shot from West Ham team-mate Geoff Hurst to score England’s second goal.  Peters' intelligence led Alf Ramsey to comment that the player was “ten years ahead of his time”, a quote which later became something of a burden.

Peters would be ever-present for England for the next eight years. He was part of the 1970 World Cup team that endured a disappointing quarter-final exit at the hands of West Germany. He captained the team that failed to beat Poland to qualify for the 1974 World Cup and after this Peters played just three more games for England as new manager Don Revie started to reshape the side. He scored close on a goal every three games during his international career– hugely impressive for a midfielder.

Peters was one of three West Ham players in the World Cup-winning side, but post-1966 silverware was to remain elusive at club level. Peters was allowed to move to ‘Spurs for a record fee, making his debut on Good Friday 1970, scoring a trademark header in a 2-1 defeat against Coventry.

At Tottenham he linked up with players like Chivers, Perryman, Mullery and Gilzean, combinations which brought the best out of him. It didn’t take long for him to win the trophies he had sought at West Ham. His first domestic winners' medal came in 1971 when Spurs beat Aston Villa 2–0 in the League Cup final. In 1972 Spurs enjoyed European success in the UEFA Cup, and Peters added another League Cup to his collection a year later. Although Spurs were beaten by Liverpool in the 1973 UEFA Cup semi-final, the performance given by Peters was inspirational. He worked tirelessly for his team, scoring twice in a spectacular semi-final 2nd leg, only for Spurs to go out on away goals to newly-crowned Division One champions.

After a brief spell in management at Sheffield United, he went into business with his friend, team-mate and fellow World Cup winner Hurst. In 2006 he published his autobiography ‘ The Ghost of ‘66’. We may expect 1966 to feature a central role in any account of his career, yet there was much more to Peters. Throughout his career he picked up a World Cup but also 1 European Cup-Winners’ Cup, 1 UEFA Cup and 2 League Cups. He was stylish, unflappable and had an ability to make difficult skill look easy. ‘The Ghost’ will forever loom large in England's football history.