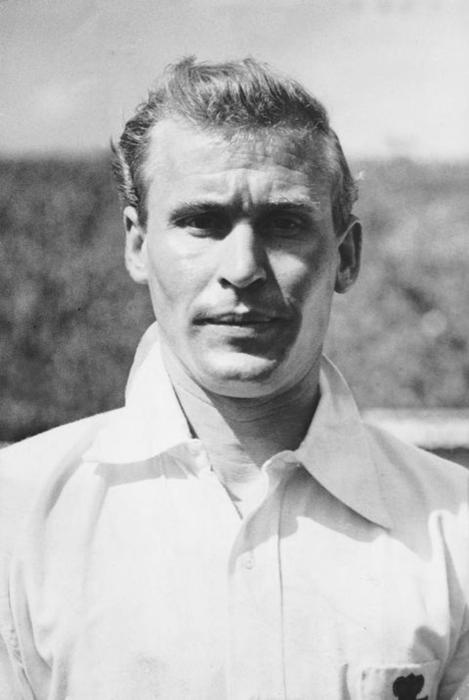 Wilf Mannion, affectionately referred to as the 'Golden Boy' due to his blonde hair and his technical ability. Image via Mirrorpix.

Arguably Middlesbrough’s greatest ever player, ‘Golden Boy’ Wilf Mannion was a masterful inside forward who terrorised top flight defences either side of the Second World War.

Born and raised in the industrial suburb of South Bank, Mannion reluctantly worked on the docks and then at a rolling mill, but his true calling was always football. Snapped up as an 18-year-old by Middlesbrough, the diminutive, stocky forward spent much of his first year in the reserves, but did catch the eye when stepping in for the injured Micky Fenton during a 2-2 draw against Portsmouth in January 1937.

Fenton gradually took over from George Camsell as Boro’s main striker, allowing Wilf to become a more regular fixture in the starting eleven the following year. With the more experienced Benny Yorston providing guidance and protection, Mannion blossomed into one of the division’s most exciting young talents. Managers and players alike described him as a marvel, with one-time opponent Matt Busby calling him ‘Wonder Boy’.

A virtuoso performance against Blackpool in 1938, during which he scored four of Boro’s nine goals, helped establish the young attacker as one of the country’s finest prospects. “Standing out in this Brough victory, whirlwind-like, and leaving us almost breathless, was four goals Wilfred Mannion,” reported the Evening Gazette. “The lad gave a positively dazzling exhibition.”

"Wilf Mannion at Middlesbrough was the Mozart of football - stylish, graceful, courtly, showing exquisite workmanship with the ball." Stanley Matthews

Mannion’s Middlesbrough side finished fourth that year, but hopes of collective and personal glory were dashed by the Second World War. Conscripted in 1940, Wilf was one of the hundreds of thousands of soldiers evacuated from Dunkirk. He later served in Italy before contracting malaria whilst convalescing in Egypt. 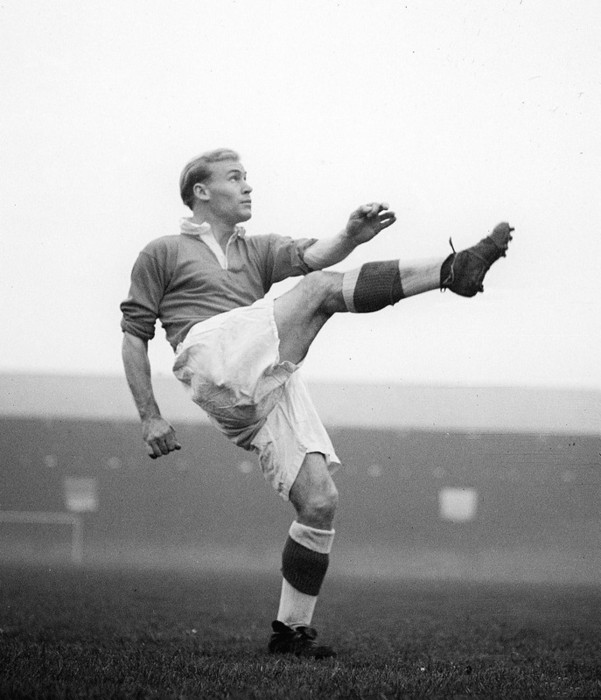 Wilf Mannion turning out for Middlesbrough in October 1947. Image via Mirrorpix.

When the war was over and the football programme resumed, Mannion was back to his best, earning England recognition for the first time in 1946; he marked the occasion with a hat-trick against Northern Ireland. Mannion partnered Tom Finney on the left flank to devastating effect, a combination which yielded more than its fair share of goals on the international stage. He also starred for Great Britain as part of the side that defeated a Rest of Europe XI 6-1 in 1947.

By 1948, Mannion was regarded as one of the best players in England, but was still earning the comparatively paltry maximum wage of £10 a week. He sought a move to a club with added financial incentives, but his transfer request was flatly refused by Boro manager David Jack. Mannion duly went on strike, remaining off the field for several months before burying the hatchet with his Teesside employers.

His return helped Middlesbrough stave off relegation in 1949, but while Wilf continued to perform well, the side never recaptured its pre-war form. Now in his thirties, Mannion turned out at Ayresome Park for a further five years, retiring after Boro's relegation to the Second Division in 1954.

After a brief turn as a journalist, Mannion pulled on his boots again for Hull City, but was suspended by the FA when he refused to divulge further information about illegal payments and attempted bribery within the game.

In eighteen years at Middlesbrough, the ‘Golden Boy’ had netted 110 times in 368 games for his hometown club. A bumper crowd attended Wilf’s belated testimonial in 1983, and the erection of a statue at the Riverside Stadium reflects his status as one of the greatest players Boro have ever produced.