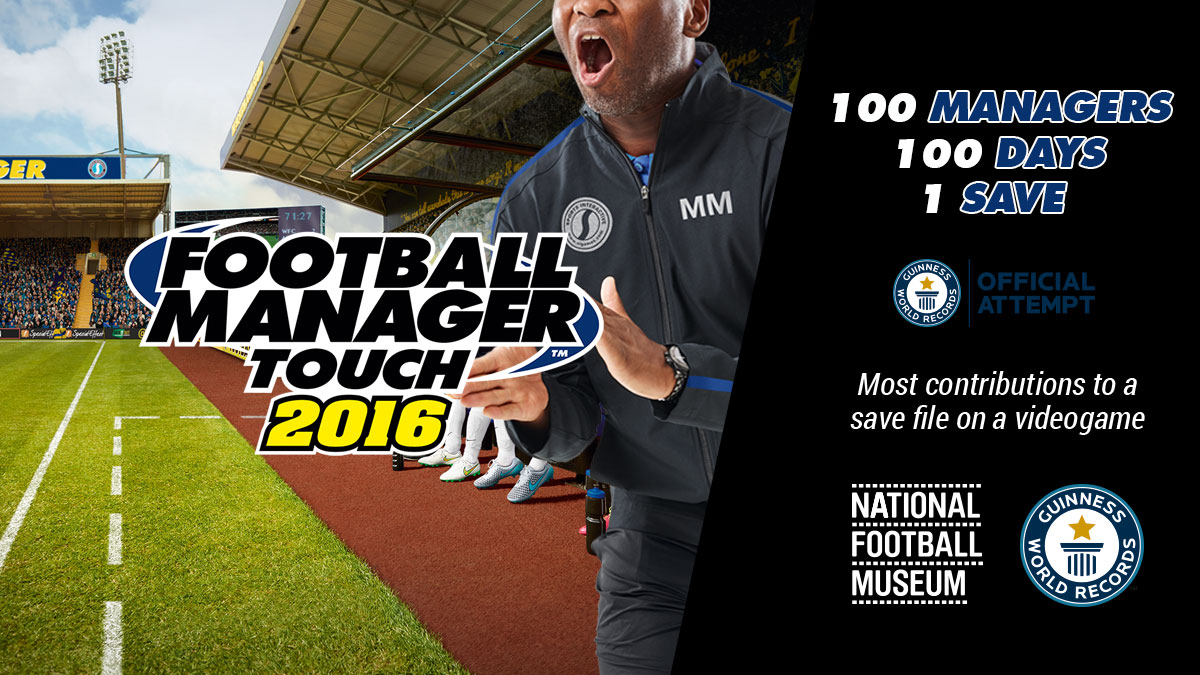 Featured in the museum’s ‘Pitch To Pixel: The World of Football Gaming’ exhibition, Football Manager 2016 is the latest instalment of a game that has become an obsession for millions of gamers worldwide. Now makers Sports Interactive and the museum want 100 different managers to play the game, for an hour each, over 100 days.

The shared ‘save’ will see each different player take over the managerial position from the previous player. Playing the FM ‘Touch’ game mode, each manager will be able to buy and sell players throughout their reign; how many games they play in their allotted hour is up to how much time they spend tweaking their tactics, training and team talks.

Taking over AFC Wimbledon, the League Two side sponsored by Football Manager in real life, the experiment will determine whether the group of 100 fans and gamers can take the Kingsmeadow side to the top of the football pyramid.

Every manager who plays will be part of an official Guinness World Record: ‘Most Contributions To A Save File on a Video Game’

In addition each manager will be given their own official cover for the Football Manager 2016 game, with their face on the front, thanks to a unique photobooth in the Pitch To Pixel exhibition. At the end of 100 days, one manager will be picked at random to be honoured with their own appearance in the next edition of the game; featuring as one of the ‘regen’ players in Football Manager 2017.

Players can book in to play up to 7-14 days ahead at www.fm100.eventbrite.co.uk. By booking a place you agree to be at the National Football Museum at the allotted time and date. Each session at the museum is booked from 12pm – 1pm, with a minimum of 60mins play expected (and if you want to play for longer on the day, that's fine - but we close at 5pm).

If you'd like to take part at another time of day, or want to join our list of 'substitutes', in the event the manager booked in is unable to attend, drop us an email to marketing@nationalfootballmuseum.com and we'll try to accommodate you!

Want to brush up your skills with the latest version of the game? Buy Football Manager 2016 from the National Football Museum shop for just £35.