BY FAR THE GREATEST TEAM 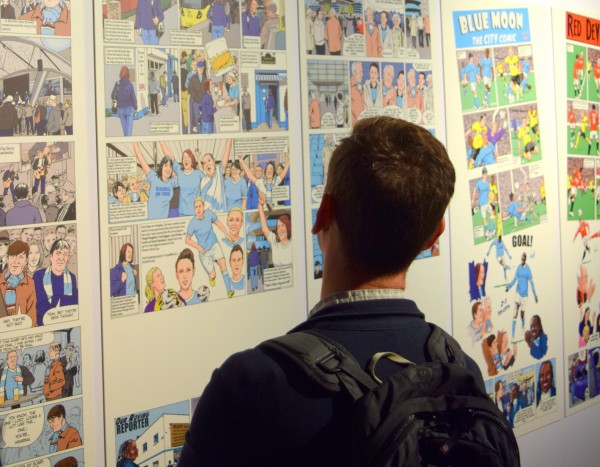 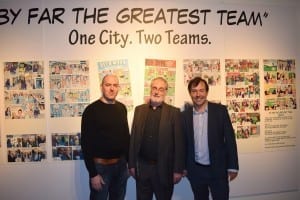 BY FAR THE GREATEST TEAM - ONE CITY. TWO TEAMS.

In association with the museum and The Lowry, Manchester’s Monkeywood Theatre have commissioned a new piece of artwork that explores football fandom in the city. The comic strip illustration, By Far The Greatest Team is the creation of Artist Bob Moulder, whose previous work has included illustration for Roy of the Rovers.

To create the work Moulder has worked with fans of both Manchester City and Manchester United, using comic imagery to capture individual match day memories. Commenting on the project Bob Moulder said: “Working on the By Far the Greatest Team project has been a wonderful experience, an opportunity to try something new... Comic strips have long been produced about football, but invariably concerned with players - most famously Roy of the Rovers. Here we jumped from the pitch into the stadium to tell the stories of ordinary football fans. Well, I say ordinary, but what an extraordinary group of people they turned out to be…”

Told in a game of two halves, Monkeywood Theatre’s stage production of By Far The Greatest Team tells four new stories about Manchester City and Manchester United, and gets to the heart of why the beautiful game has such an impact on people’s lives. Each play is rooted in the truth about real fans’ experiences and challenges the usual stereotypes about football.

The artwork goes on display at the museum from the 9 September until the end of November and the stage production of the same name opens at The Lowry on Thursday 17 September. As a lasting record of football fandom in 2015 the artwork will be donated to the museum’s archives.

This collaborative commission has been supported using public funds from Arts Council England. It has also been supported by HVPD and Tony Lloyd, Police& Crime Commissioner of Greater Manchester.