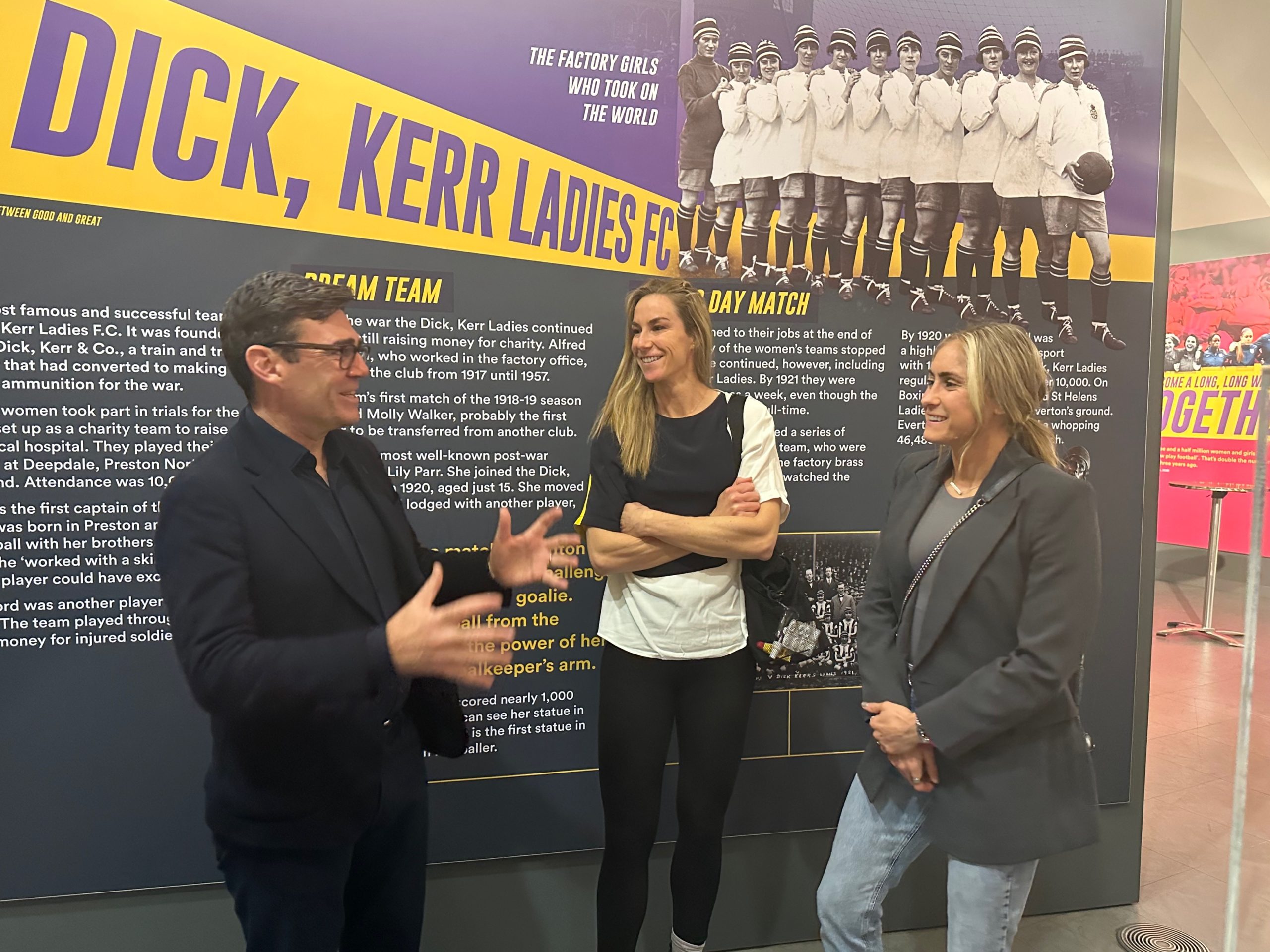 The National Football Museum hosted an array of Lionesses past and present at a dedicated women's football reception, taking place within our Crossing the Line exhibition on the Score Gallery.

The event came as regional leaders and football legends joined with the FA to call on schools across the area to help more girls get involved in football. The Mayor, Karen Bardsley and Baroness Sue Campbell have written letters to schools across Greater Manchester, urging them to offer at least two hours of PE per week to girls, including more football sessions.

There was also an opportunity to discuss the Greater Manchester Women’s Football Board, which was set up in June this year, ahead of the start of UEFA Women’s EURO 2022, to develop women’s and girls’ football at all levels across the city-region. Former England and Manchester City goalkeeper Bardsley was appointed as its inaugural chair, giving a speech about the work they are undertaking to get more girls and women into the game.

Mayor of Greater Manchester Andy Burnham said: "While Gareth Southgate’s team prepares for their World Cup quarter final this weekend, let’s not forget that it was the Lionesses who brought it home first at the Euros. They pledged to use their victory to create a lasting legacy for women’s football, and girls up and down the country will have been inspired to step out onto their school pitch, their local sports centre, or into their back garden and dream of playing for their country."

“If we want Greater Manchester to be the home of even more footballing success for generations to come, let’s level the playing field and make sure every girl has the chance to play football and achieve their own dreams.”

Karen Bardsley, Chair of the Greater Manchester Women’s Football Board, said: “The success of the Lionesses at this summer’s Euro’s marked a major milestone in the evolution of football in this country.  So many were inspired by the success of the Lionesses - and here in Greater Manchester we want to capitalise on that success and deliver the legacy the England Women’s Team have championed.

Our Crossing the Line exhibition, dedicated entirely to the development of the women's game, closes this Sunday 11 December at 5pm. Find out more about the exhibition here.