Butcher inducted into the National Football Museum Hall of Fame 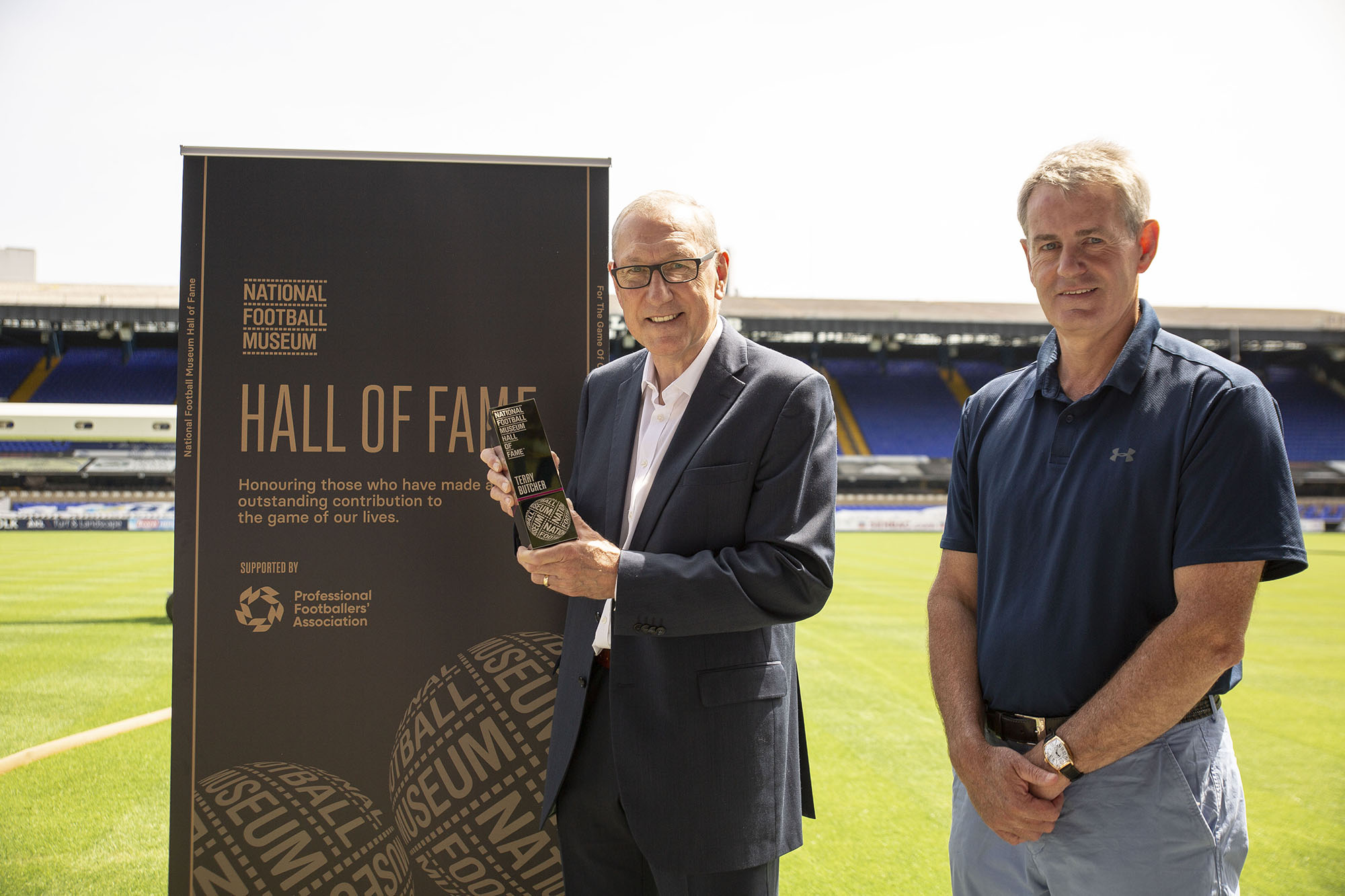 Ipswich Town and England legend Terry Butcher has become the latest name to be added to the National Football Museum Hall of Fame roll of honour.

The resolute centre-half, who lifted the UEFA Cup with the Tractor Boys and featured in three World Cups with the national side, was inducted at Portman Road by Sir Bobby Robson's wife, Lady Elsie and son, Mark.

A determined leader on and off the pitch, Butcher is a club icon at Ipswich, where he currently serves as the club's Under-23 coach.

He is perhaps best remembered for his warrior-like performance in a World Cup qualifier against Sweden, where he defied a bloody head injury to help clinch a draw for England in Stockholm. The vision of Butcher, shirt soaked in his own sweat and blood, has become one of this nation's most iconic images, and typifies his courage and never-say-die attitude.

Find out more about Terry's life and career in football in his Hall of Fame profile.

The National Football Museum currently has its first dedicated Hall of Fame exhibition on display in the Score Gallery. Find out more about the exhibition here.