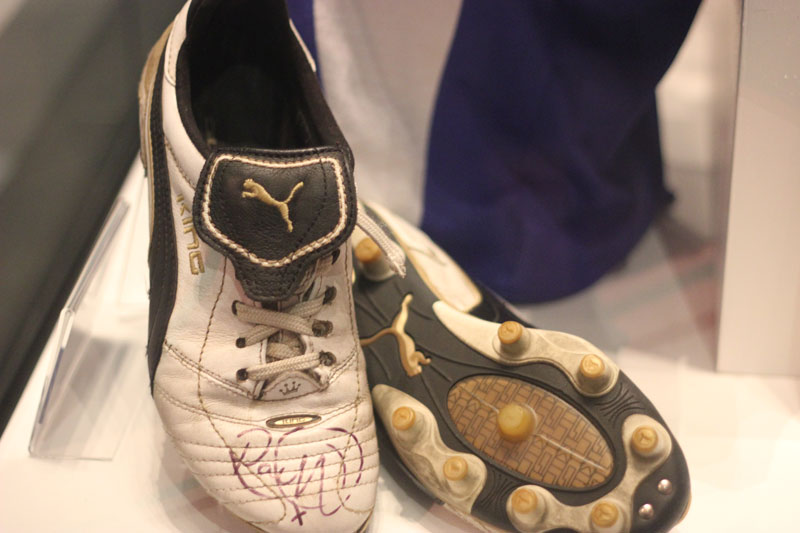 The National Football Museum has been awarded £102,156 from DCMS/Wolfson Museums and Galleries Improvement Fund.

This will allow the museum to display more of the recently acquired (thanks to a previous grant from the Heritage Lottery Fund) Chris Unger History of Women’s Football Collection. The collection, which has never been on public display was put together over many years by Chris Unger, a US football coach who sadly passed away in 2015. 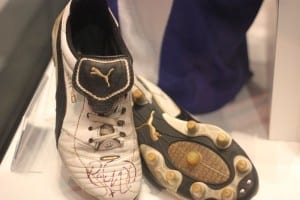 Football boots worn by defender Rachel Unitt on her 100th appearance for England. Part of the Chris Unger collection displayed at the National Football Museum

It consists of thousands items on the women’s game from the 1890s to the present day, including kit, medals, photographs, stamps, posters and pennants, reflecting the game at all levels and from across the globe.

National Football Museum Interim Director Kevin Haygarth said, “We’re delighted this grant will help us significantly document the history of one of the world’s most participated sports - women’s football.

“Last year the National Football Museum acquired The Chris Unger History of Women’s Football Collection- the largest collection of items relating to the growth and development of women’s football in the world.

“The museum has always told the story of the women’s game throughout its main galleries and Hall Of Fame. We’re grateful and excited by the opportunity to create a dedicated gallery where we can begin to piece together the lost history of women’s football.” 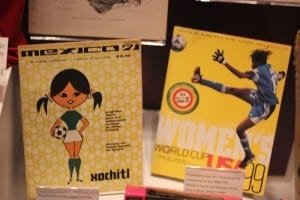 Depictions of female footballers changed dramatically during the 20th century. Items from the Unger collection at the National Football Museum.

The funding will also allow the museum to expand its display of football toys and games. It now holds over 300 objects, ranging from 1880s board games to modern motion capture suits used in the creation of the FIFA 16 video games.

Significant renovation work will take place in the museum's main galleries to expand these two areas of display during the second half of 2017.

In total, grants totalling £4 million have been awarded to improve displays and facilities at museums and galleries across England, Matt Hancock, Minister of State for Digital and Culture, announced today.

The grants, jointly funded through a partnership between the Department for Culture, Media and Sport, and the Wolfson Foundation, will be used for renovation and improvement projects in 39 museums and galleries.

Matt Hancock, Minister for Digital and Culture, said "We want people to be able to enjoy world-leading culture wherever they live and whatever their background. These grants will make an important contribution toward increasing access to their wonderful collections and improving the visitor experience at museums right across the country."