A new Guinness World Records attempt has been completed by players of Football Manager at the National Football Museum, Manchester, and it might provide a warning for impatient fans and club chairman…

92 gamers have contributed to a shared save of Football Manager 2016 Touch since February, aiming to set a new Guinness World Records benchmark for Most Contributions For A Shared Save of a Videogame in the process.

Each would-be manager contributed a minimum of an hour to the career of a character named Pitch ToPixel, as the attempt took place in the museum’s Pitch To Pixel: The World of Football Gaming exhibition. The game began with the manager in charge of League Two AFC Wimbledon at the start of the 2015/16 season, with each participant picking up where the previous one took off. 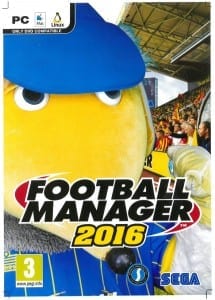 AFC Wimbledon mascot Haydon The Womble was the first manager to take part!

As each manager brought their own preferred tactics, attitudes and even preferred players to the job, it wasn't long before inconsistency began to affect the team. With the real AFC Wimbledon facing Plymouth in the League Two Play-Off Final today (Monday 30 May), manager Neal Ardley can take reassurance that his team’s form this season has surpassed that of the first group of managers, who led the team to an 18th placed finish.

Overall the 92 gamers shared a 10-year career. 600 games were played and ‘To-Pixel’ had a managerial win ratio of 38%. AFC Wimbledon did reach the Play-Off Finals in 2018, only to be beaten at Wembley. Elsewhere glory has largely escaped the team. A handful of managers even jumped ship; a young manager accepted the Leeds job in 2017, before his successor’s last act was to take over at Burnley. Championship play-off final defeat was to follow before the crowdsourced manager returned to his home at Kingsmeadow.

All was going well until Manager no. 47, who had taken the day off work and travelled from London especially, lost his first name 0-4 and accepted a job at Charlton Athletic, who he promptly led to Championship relegation. Subsequent managers returned some pride to The Valley, before a final return to AFC Wimbledon was negotiated.

In the absence of the group’s guidance, The Dons had gone down to the Vanarama Conference, and the last 30 managers have spent 5 seasons turning them into that league’s biggest club, twice reaching the play-offs and being firmly installed as the bookies’ favourites for promotion back to the Football League in 2027. With a total of 93 players brought in, only goalkeeper James Shea remains from the current AFC Wimbledon squad, having become club captain in 2022.

Comedian Tony Jameson took the final stint in charge of the club at the museum, and hopes the save that’s already seen so many people dedicate so many hours to, is able to live on. Watch Tony’s final thoughts below: 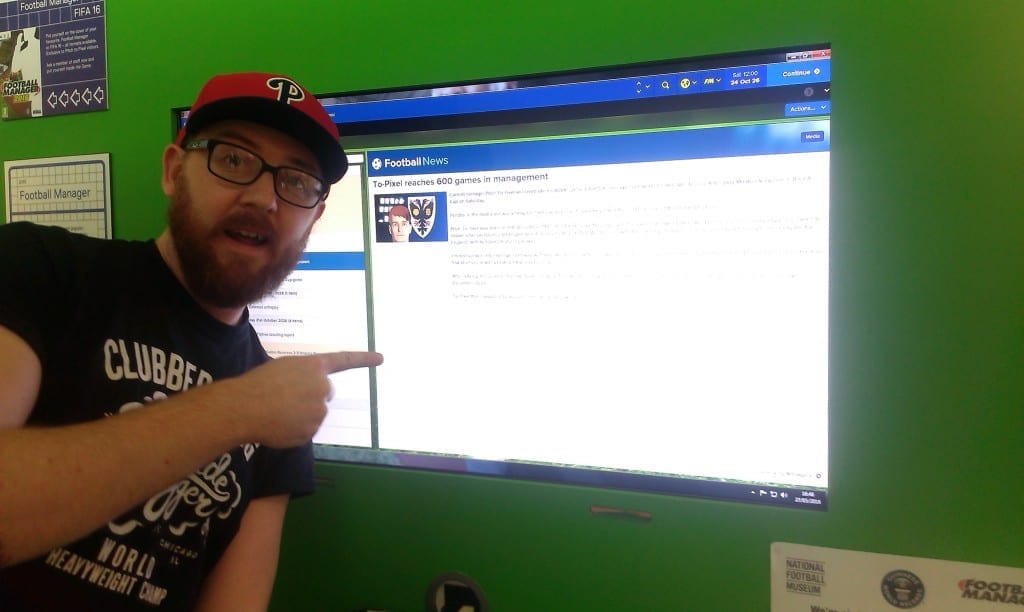 While it’s been a rollercoaster ride of a (simulated) decade, fans of the real AFC Wimbledon will no doubt be looking for a little more stability, whatever happens on Monday.

The #FM100 challenge aimed to bring together 100 managers to share a save over the course of 100 days at the National Football Museum’s Pitch To Pixel: The World of Football Gaming exhibition. Our huge thanks go to the 92 managers who took part, particularly those who stepped in at late notice (we won’t mention those who booked but didn’t show up). 92 participants is enough to set a Guinness World Record; however reviewing evidence and receiving official adjudication may take some time – we’ll contact everyone who took part with news of the adjudication once we have it!