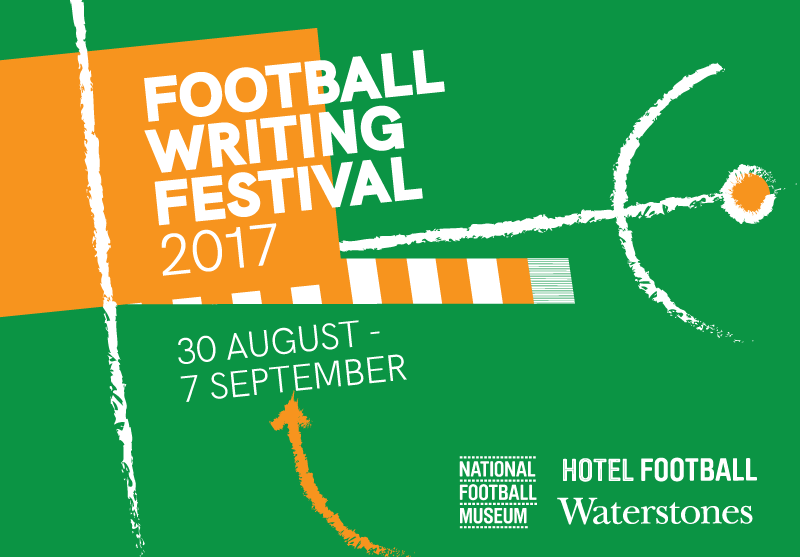 The Football Writing Festival, a partnership between the National Football Museum, Waterstones and Hotel Football, is back for its fourth year in Manchester.

Between 30 August and 7 September, some of the biggest names in football journalism will come together for a festival of football chat. There's a programme of events covering subjects from non-league to Champions League, with panellists featuring some of England and Europe's best-known sports writers.

The line-up includes festival favourites The Blizzard and Opta, with the likes of Paddy Barclay, Michael Cox, Philippe Auclair, Sid Lowe and Rafa Honigstein sharing their stories and insights across the week.

Events hosted at the museum this year include a fascinating insight into Sepp Blatter and corruption at the top of world football, provided by renowned investigative journalist David Conn, author of The Fall of the House of FIFA (Thurs 31 August). Michael Calvin will be scrutinising football's talent factories with an esteemed panel of guests (Wed 6 Sept), and host Caroline Barker will preside over a lively discussion on all things non-league (Sat 2 Sept).

We are also proud to host three sittings of the ever-popular Back to Football School (Thurs 31 Aug). Proving you can learn almost anything as long as you know enough about football, join author Ben Lyttleton at the National Football Museum in a classroom with a difference.

The full itinerary, including dates and a full list of participants, can be found here, or by following the FWF account on Twitter @McrFWF. Get yourself a seat at all eight of our festival events with a Season Pass for just £45 - a £25 saving compared to buying tickets on an individual basis.

You can book your tickets for the hottest football discussion in the country by visiting www.quaytickets.com/fwf2017.