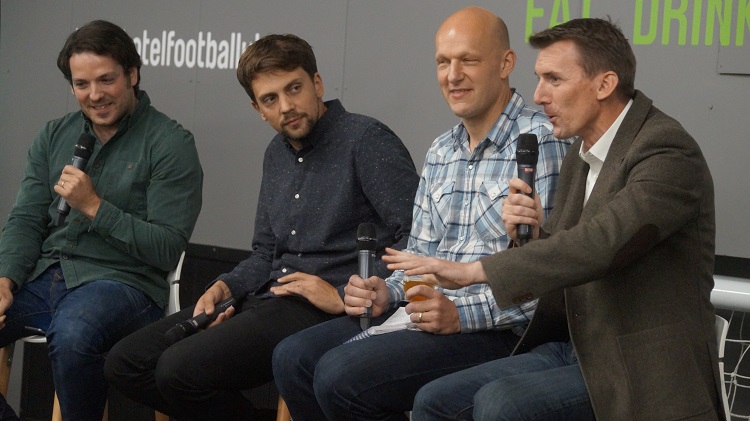 The Football Writing Festival is warming up for its fifth year of football discussion in Manchester.

From Thursday 30 August to Thursday 6 September, a selection of the sport’s literary Galacticos will be lining up for a week of football chat at the National Football Museum, Hotel Football Old Trafford and Waterstones Deansgate.

Five festival fixtures have been added to the calendar, with a sixth still to be announced.

The festival kicks off in customary fashion with The Blizzard, featuring the quarterly’s editor Jonathan Wilson alongside the Sunday Times’ Jonathan Northcroft and Independent chief football writer Miguel Delaney.

Opta also return for another spell at the Football Writing Festival. Duncan Alexander will be joined by tactical expert Michael Cox, Goal.com chief correspondent Peter Staunton and Do You Speak Football? author Tom Williams as they pore over the changing language of the game, with Football365’s Daniel Storey steering the discussion.

For those looking to break into the football media industry, BBC Sport’s event is a must-watch. Writer Suzy Wrack, journalist Emma Sanders and commentator Josh Adu-Donkor share their experiences of what it’s like to work within the game, offering useful insight and advice to up-and-coming prospects.

The big guns come off the bench for the festival finale at the European Union talk. Philippe Auclair, Rafa Honigstein, Gabriele Marcotti and Sid Lowe share their thoughts on Ligue 1, Bundesliga, Serie A and La Liga respectively, with BBC Sport presenter Reshmin Chowdhury once again presiding over the lively debate.

Tickets for individual events range from £6 to £12. Alternatively, football chat aficionados can pick up a Season Ticket for £40, guaranteeing reserved seats at all six Football Writing Festival events, as well as £1 discount on selected books and 25% off The Guardian Football Weekly tickets, held at the Royal Northern College of Music on Wednesday 5 September.

See the full fixture list and buy your tickets at bit.ly/fwf2018, and get the breaking festival news on Twitter via @mcrfwf.