From Moss Side to Marseille: The Art of Michael Browne and Eric Cantona, opening 14 January 2023 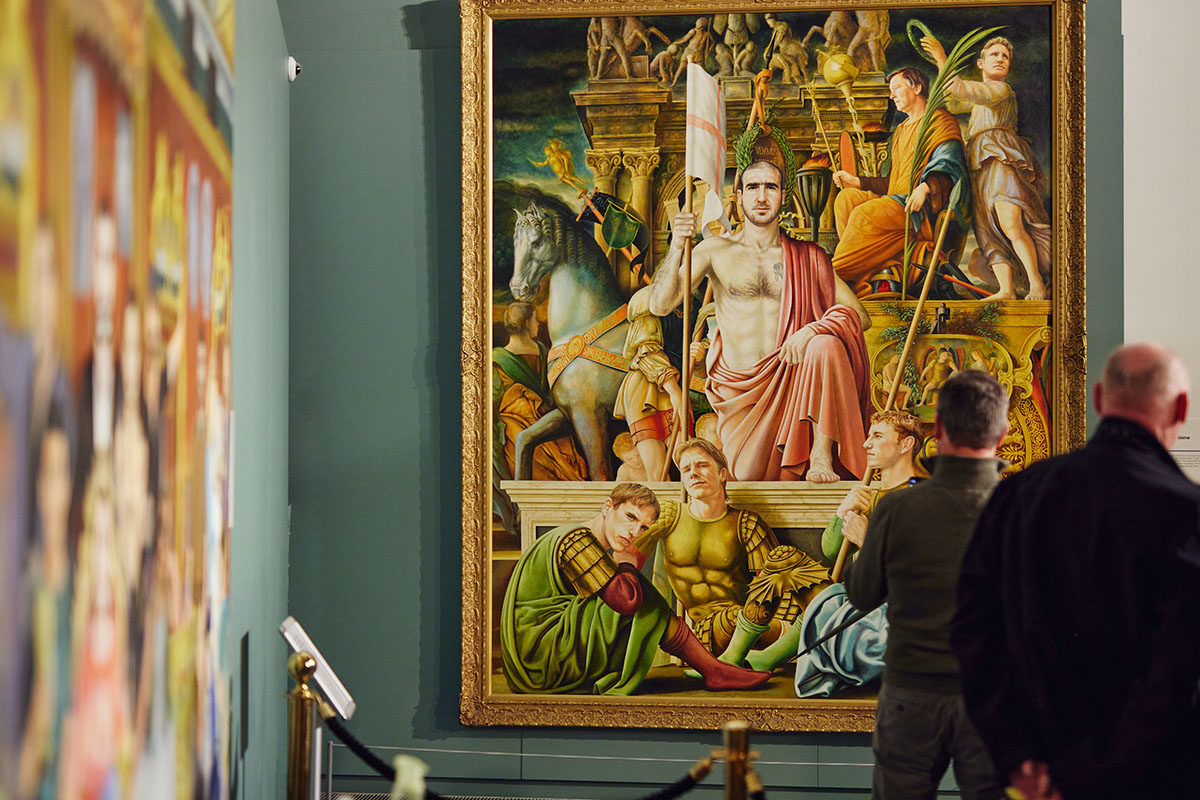 From Moss Side to Marseille: The Art of Michael Browne and Eric Cantona is a collection of fine art pieces by Michael Browne which chronicle the relationship between sport and modern society. It will open to the public on Saturday 14 January and run through until June 2023. 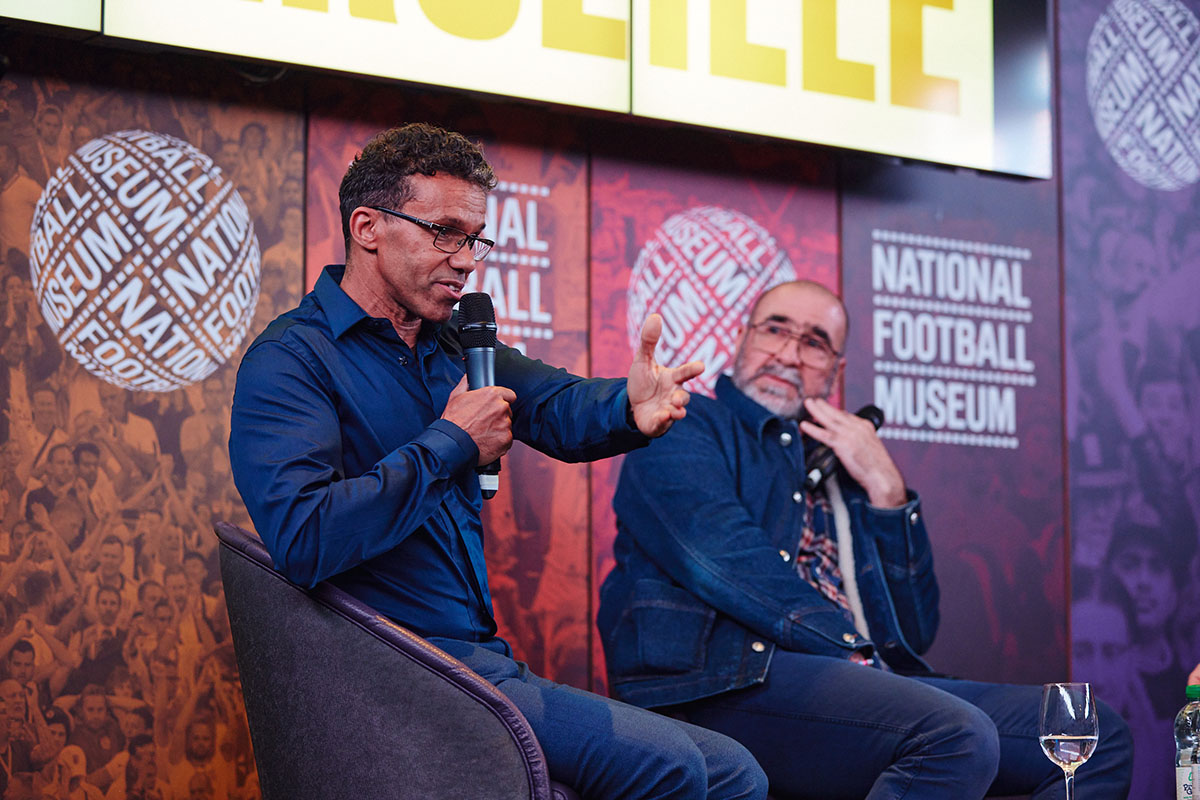 Commissioned by Cantona and executed by Browne in his distinctive figurative style, the collection is influenced by their sporting heroes who used their positions to advocate for social change, despite the great personal cost. Themes boldly address human rights, equality, injustice, the impact of power and elevations to a godlike status.

Michael Browne grew up in Moss Side. He’s been practising art since he was a child where his talent was recognised by peers and teachers. He studied at Chelsea School of Art before completing an MA at Manchester Metropolitan University, and has exhibited works across the nation, earning him public and critical acclaim.

Browne is known for his use of sporting figures and neoclassical style. His works show recognisable figures as larger than life protagonists in scenes lifted from both history and mythology. In 1996, Browne established a long-lasting friendship with Eric Cantona, and began working on his famous The Art of the Game painting which chronicled Cantona’s return to football after his ban. 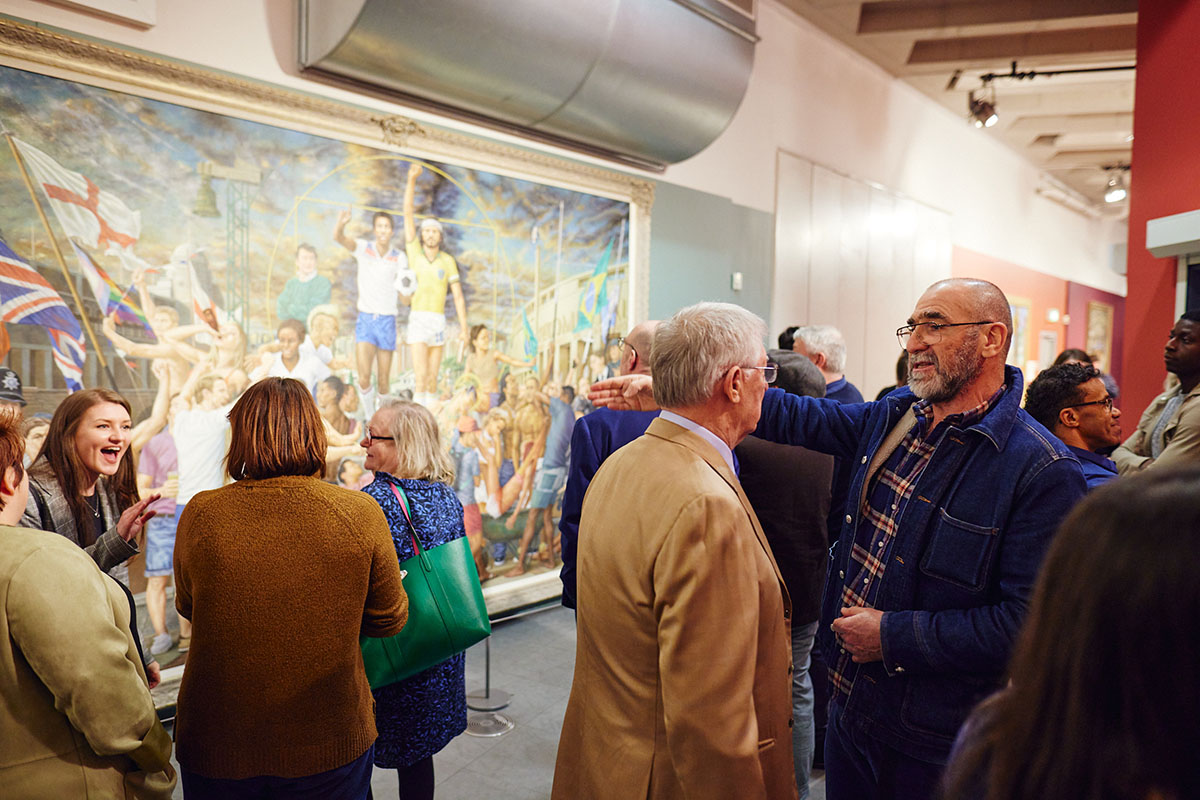 Since retiring from professional football in 1997, Cantona has established himself as a renowned actor, director and producer. In 2009 he starred in and co-produced the acclaimed Looking For Eric with Ken Loach and recently featured in the 2021 documentary Sir Alex Ferguson: Never Give In.

Visitors will experience the commanding scale of Browne’s work alongside never before seen items from his personal archive, revealing the poignant stories and influences behind his unique relationship with Cantona.

There are 10 over-sized artworks on display:

Over the next few months, the museum will be providing a host of activities in conjunction with the exhibition, appealing to all demographics of football fans and the wider community. This includes:

“We are delighted to host the premiere of From Moss Side to Marseille: The Art of Michael Browne and Eric Cantona here at the National Football Museum. We look forward to engaging thousands of visitors over the next six months and giving everybody the opportunity to engage with football and creativity.”

“It has been a pleasure working in partnership with the National Football Museum to curate this exhibition, and it is very fitting for the collection to be debuted in Manchester.”

“I am excited to showcase this amazing collection and the important messages behind the artwork. There are many unsung heroes featured in the collection and it is time their stories are told.”

28-page exhibition catalogue will also be available for purchase from the Museum Shop, along with limited edition prints of various sizes, signed artwork and a merchandise collection.

Tickets are available from www.nationalfootballmuseum.com

Thanks to funding from Manchester City Council, City of Manchester residents are admitted free of charge.