Our partnership with the Hallmark Security Football League 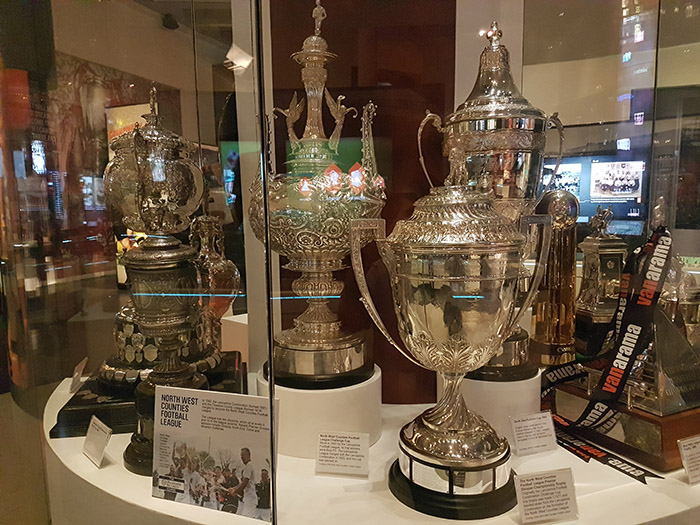 The National Football Museum are delighted to announce a partnership deal with the Hallmark Security Football League.

The Manchester based museum will become one of the League’s official partners and will work together on joint promotions and initiatives. In addition, the National Football Museum will be hosting the League’s historic trophy collection, which will go on public display.

The museum has just celebrated five years of being based in Manchester and has attracted nearly 2.5 million visitors during that time. It showcases over 2,500 objects from ‘The Beautiful Game’ at any one time.

Kevin Haygarth, Interim Director of the National Football Museum said: “Our mission is to look after football’s past, present and future, and that means at every level of the game. We are looking forward to displaying the League’s trophies and hope that supporters of the teams in the Hallmark Security League will come and enjoy both the display and the museum.”

Paul Lawler, Chairman of The Hallmark Security League, said: “We are delighted to be partnering with the National Football Museum and look forward to working with them to promote the venue and undertake joint promotional activity which will benefit both of us. The Museum is a must visit location for all football fans and sits in the heart of our region in Manchester City Centre.

“Although the League was only formed in 1982, its origins go back to the 1800’s through the Lancashire Combination and Cheshire Leagues. We are very fortunate to have inherited some of the most historic trophies which we still use for our main competitions. They deserve to be showcased to a wider audience so having them on display in the museum will not only introduce them to a new audience, but will also help promote the League’s name.”