Please note: The museum will be closed on Tuesday 11 October for a private event. Apologies for any inconvenience this may cause. 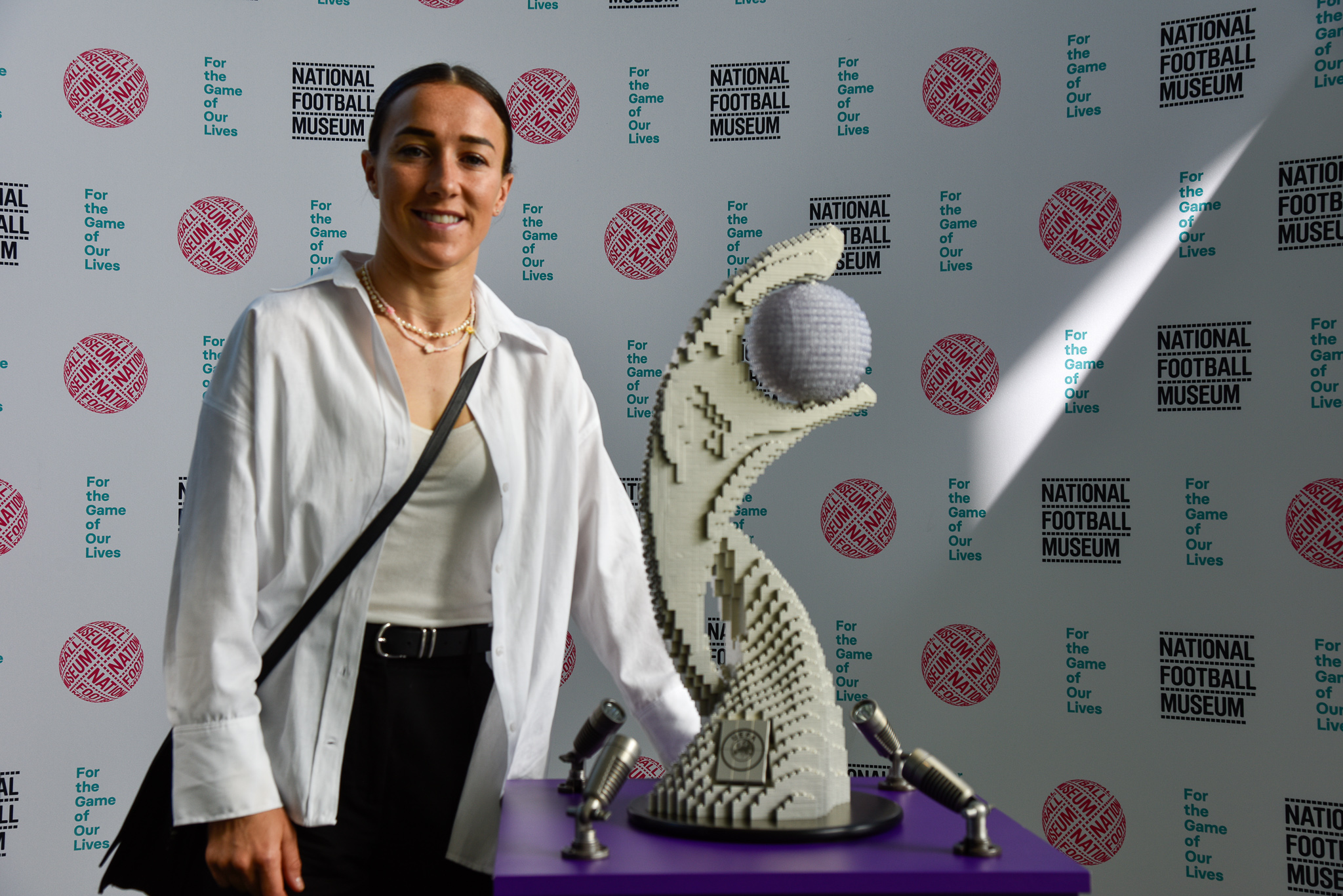 The National Football Museum is now the official home of the LEGO® Women's EURO 2022 trophy - and has been unveiled by none other than Lionesses legend Lucy Bronze.

The full-back started every game for the national side en route to a famous victory at Wembley, scoring once against Sweden in the semi-finals and laying on another two assists. The Barcelona-bound defender handed over the trophy to museum staff in the Pitch Gallery, where it will remain on display before featuring in the museum's Crossing the Line: the story of women's football exhibition.

Lucy was on hand to surprise players from FC Bluestar during a LEGO® building activity at the museum, helping the children design and build their very own trophies.

The LEGO Group served as a Women's EURO 2022 national sponsor, supporting the growth of women's football and sharing in the ideals of inclusive play for all. Their unique trophy is made from almost 3000 individual bricks, taking 25 hours to put together. The LEGO Group have kindly donated the trophy to the museum, allowing visitors of all ages to take inspiration from the tournament.

Lucy said: "LEGO have similar goals to what we have in women's football about being inclusive, stopping the gender stereotypes, making it more for everybody, and inspiring young kids to be creative and push their minds and their limits when they're playing." 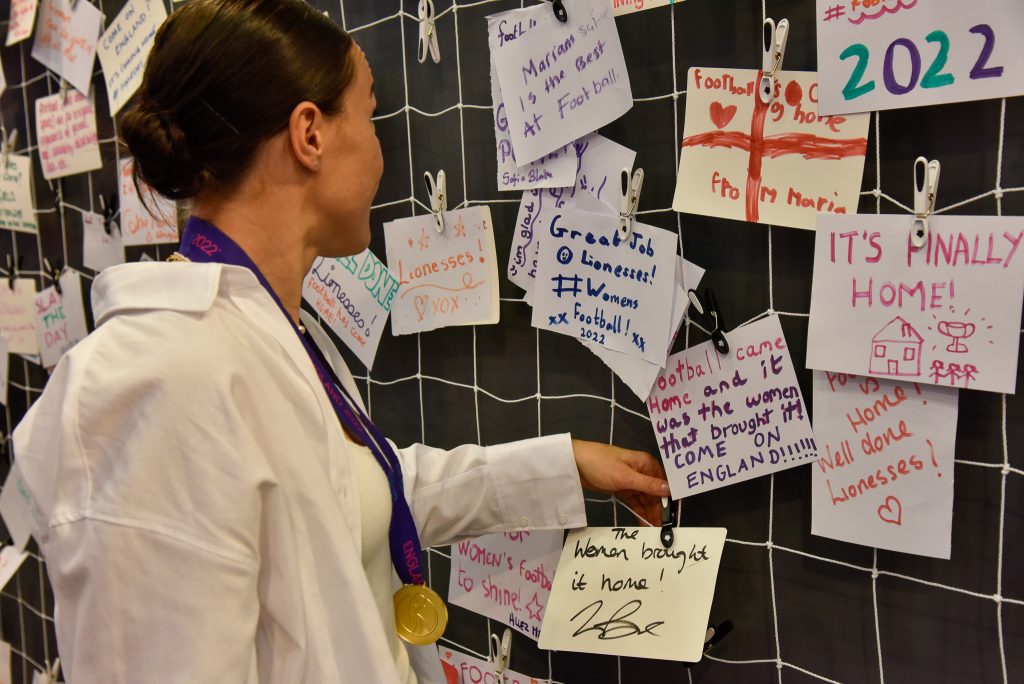 The full-back was also given a guided tour of the museum's major Score Gallery exhibition, exploring the history of the game and leaving her own comments: "We wanted to get the game back to where it should have been. It's great that we've finally got the game up in lights, winning as a team, inspiring people across the country and across the world.

"The museum and exhibitions like this are only going to promote that, and will help people realise the journey that women's football has been on."