Manchester Football Writing Festival is Back 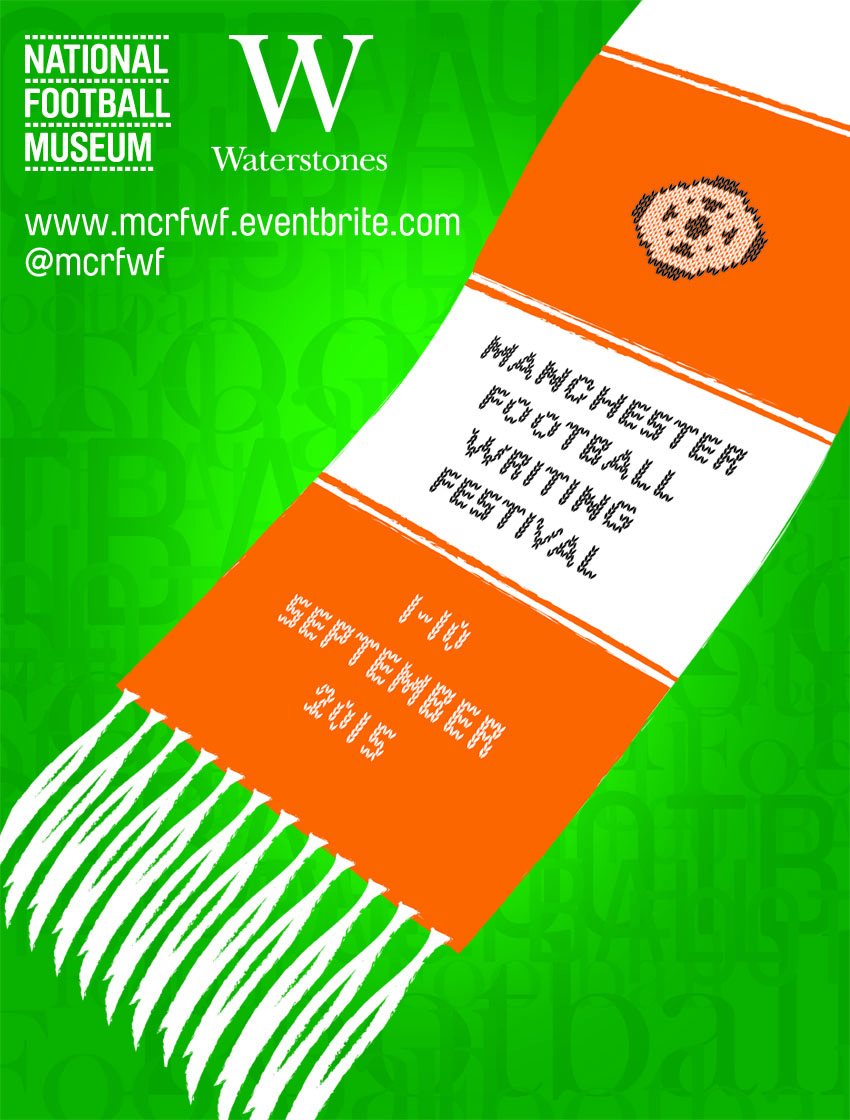 THE MANCHESTER Football Writing Festival, in association with the National Football Museum and Waterstones Deansgate, is returning to the city this September 1 – 10, with a programme that builds on the success of last year’s inaugural festival.

Celebrating the best of football writing and journalism, the festival gives fans a chance to spend time with some of the most talented and knowledgeable names in the game.

With over 1500 tickets sold for last year’s events, the second Manchester Football Writing Festival has a line-up that brings back some of the most popular speakers from last year, with fascinating new perspectives and discussions to be had following a turbulent 12 months for the world of football.

This year’s festival kicks off where last year’s left off with The Blizzard: Live! The Football Quarterly features in-depth articles from a range of expert journalists, and this year’s panel will again be hosted by The Football Ramble's Marcus Speller, and feature editor Jonathan Wilson alongside contributors including David Conn and more tbc. (Tuesday 1 Sept, 7pm, National Football Museum, £12)

Wednesday 2 September sees the Bundesliga in the spotlight (National Football Museum, 7pm, £12) with The Guardian’s Rafael Honigstein and Ronald Reng, two-time winner of Sports Book Of The Year, discuss how the clubs, fans and culture of football in Germany have led to a period of dominance for the national team, as well as European success for its clubs. BBC Sport's Caroline Barker will host the discussion.  We're also delighted to announce that there will be a special lunchtime (1pm National Football Museum £4) event,  Puskás - The World's Greatest Goalscorer.  György Szöllősio co-founder of the Puskás Institute will be discussing the release of his book Puskás, the incredible story of the player who had 'two careers'. This will be followed by a panel discussion.

Football Weekly Live! with James Richardson, brings the Guardian’s hugely popular podcast to Manchester Cathedral on Thursday 3 September, for what is guaranteed to be one of the festival’s biggest events. Barry Glendenning, James Horncastle and Paul MacInnes will join James on stage to debate the week’s big issues. (Thurs 3 Sept, 6pm, Manchester Cathedral, £15)

Jonathan Calvert and Heidi Blake wrote arguably the most important sports book in recent memory, with their investigation The Ugly Game: The Qatari Plot To Buy The World Cup one of the precursors to the FIFA corruption scandal. The authors will discuss their work, the fall-out at FIFA, and where world football goes next (Friday 4 Sept, 7pm, Waterstones Deansgate, £1o)

On Saturday 5 September Iain McIntosh (Guardian/TheSetPieces.com) and a panel of leading football writers host a masterclass in the dos, the don’ts, and the unavoidable pitfalls of sports journalism. Vikki Orvice (The Sun), Philippe Auclair (Talksport, The Blizzard, France Football) and Paul McCarthy (ex-News Of The World Sports Editor) will be on hand for an entertaining event. (Sat 5 Sept, 6pm, Waterstones Deansgate, £10)

Michael Calvin returns to the National Football Museum on Sunday 6 Sept along with guests from his hugely successful The Nowhere Men book from the world of scouting, and from the forthcoming Living On The Volcano, an insight into the world of management. Having won Sports Book of The Year in 2014 and 2015, Michael is on a hattrick. (Sun 6 Sept, 6pm, National Football Museum, £10)

As the festival moves to its conclusion it’s the football heartland of the North West that comes under examination. The Guardian’s Jamie Jackson will examine the life of Manchester United post-Ferguson talking about his new book A Season In The Red (Mon 7 Sept, 7pm, Waterstones Deansgate, £7). Three of the region’s Extraordinary Seasons will be debated by Tony Evans (Liverpool 1983-84), Daniel Harris (Man Utd 1998-99) and David Mooney (Man City 1998-99) at Waterstones Deansgate on Weds 9 Sept (7pm, £8).

Carrie Dunn will be referee as she brings together a panel of Red and Blue for the final event on Thursday 10 Sept, focused on one of the city’s greatest traditions: The Manchester Derby. In the Blue corner historian Gary James and Simon Mullock (The Mirror) take on Reds Simon Wadsworth and The Sun’s Neil Custis, to discuss the greatest games and players, the importance of the bragging rights, and just how much this game means to the city. (Waterstones Deansgate, 7pm, £8)

With a handful of panellists and events still to be announced, the second Manchester Football Writing Festival already looks like one of the highlights of the season.

Follow @mcrfwf for more news and details. Tickets are on sale now, via www.mcrfwf.eventbrite.com.