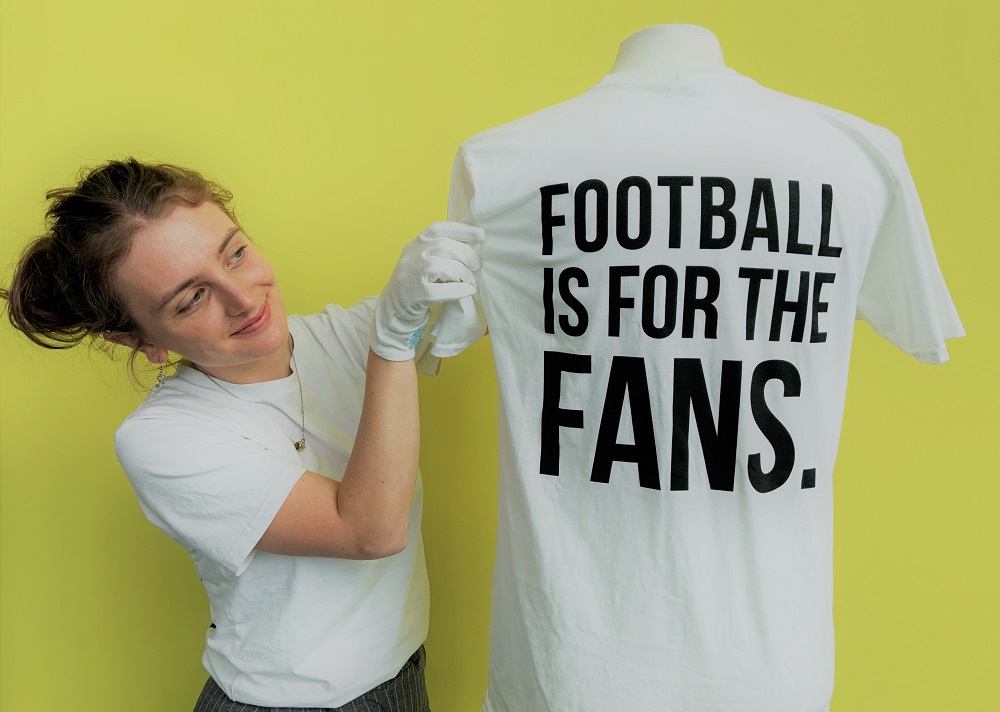 A warm-up T-shirt worn by a Leeds United star as the controversial European Super League plan rocked football, has been acquired by the National Football Museum.

Curators have been busy collecting objects in response to the ESL crisis.

Leeds donned the "Earn It / Football Is For the Fans" tees ahead of their match against Liverpool which was televised around the globe.

Museum Futures Trainee Tilly Johnson got in touch with the Yorkshire club to ask for one of the shirts to enter the museum’s permanent collection.

The museum also secured a placard from fan protests which took place ahead of last week’s Chelsea V Brighton game. The "Football Belongs To Us, Not You" placard made by a Norwich fan was seen in media around the world.

Laura Crossley, National Football Museum Head of Content, said: “We were delighted to get a T-shirt worn by a Leeds player and the fan protest placard.

“We have a dynamic contemporary collecting programme and proactively acquire objects that record football history as it happens.

“News of the ESL provoked a strong reaction in fans and players across the country and we were keen to collect objects that will enable us to preserve and tell the story of this huge moment in football.”