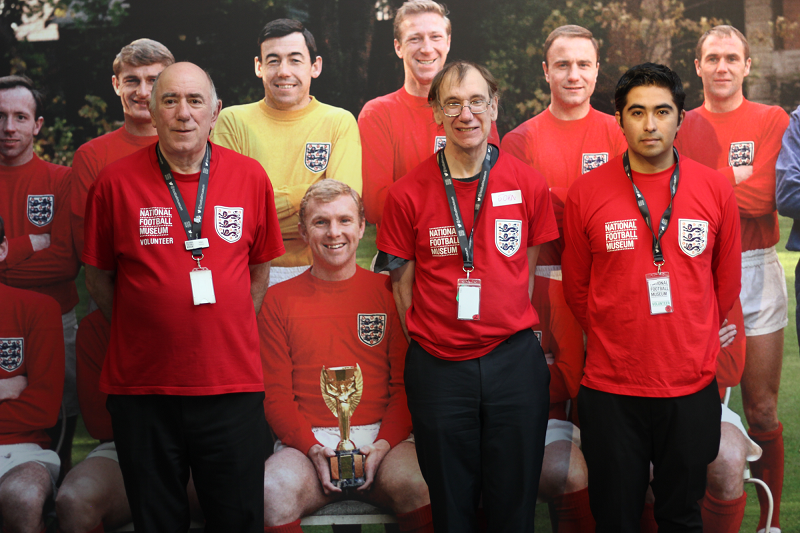 Volunteers at the National Football Museum have been celebrating at the end of the volunteer scheme’s first year. Since last January over 100 people have offered their time, hard work and dedication to the museum and our visitors.

The scheme is believed to be the largest of its kind, with a 70-strong team on our books at any one time. Our members hail from a diverse range of backgrounds; we count Lord Gregory Mostyn, 31, and Barry Johnson, the bassist of seventies soul band Sweet Sensation, amongst our previous volunteers.

Many of the volunteers gathered at the museum last weekend to celebrate their achievement, raising a glass to their hard work and newfound friendships - and for many, the new start afforded to them by the scheme.

John Priestley has been working with us since the scheme began. After becoming homeless, John was introduced to the local charity Back on Track, and secured a six-week placement on our volunteer programme.

John said: “I loved it; they liked me. I’m enjoying volunteering and helping visitors. There’s a brilliant team effort at the National Football Museum. Coming here is the best thing I’ve done in years."

Another volunteer, Homero de la Cruz, worked as an engineer in the oil and gas industry in Mexico before coming to the UK to improve his English. Currently enrolled in language school, Homero has been improving his language skills on the weekend by talking to visitors about his passion for football. 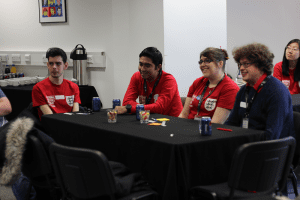 A selection of our volunteers attending the anniversary celebration.

Darren Collingwood, volunteer programme manager, said: “We are delighted to be working with a number of charities, including the Richmond Trust, The Prince’s Trust and Back on Track, all of whom have helped place volunteers within our programme.

“Our volunteers come from all walks of life and each and every one of them makes a fantastic contribution to what we do here, from organising Subbuteo matches to sharing their memories.

“As a charity ourselves, we rely on the volunteer programme to make the museum as accessible as it can be. From showing visitors around to painting displays, it really has benefitted the museum.”

Vince Goddard, who was at Wembley to see England win the World Cup, responded to an advert for volunteers to conduct 1966 tours. “Everything fitted into place - and I’m loving it,” he said.

Allan Maull came to the museum with a background in retail and a love of all things football, and has become something of a poster boy for the scheme, sharing his knowledge of football history with younger generations and swapping stories with older visitors.

Allan said: “The most rewarding aspect of volunteering at the museum is working with the Sporting Memories Group, using football to help older people to reminisce and share their memories.”

Our volunteer scheme has already had many success stories. Darren Collingwood added: “While many of our volunteers have been with us from the start, others have moved into employment or gone on to further volunteer placements with other organisations.”

For further information on how you can get involved, email: Darren.Collingwood@nationalfootballmuseum.com.