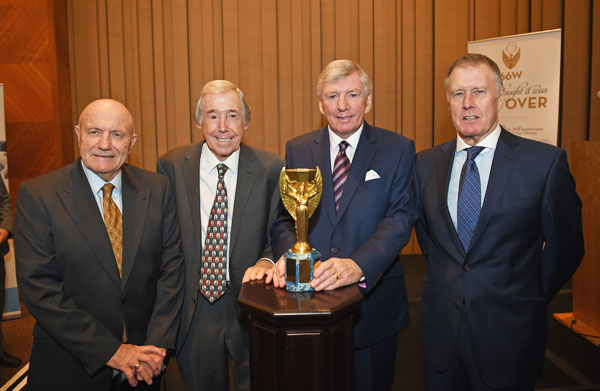 The National Football Museum is delighted to announce a 1966 exhibition partnership with The Football Association.  The exhibition will be jointly staged at the museum’s Manchester home and Wembley Stadium, and will celebrate the glory of 1966 and the legacy of England’s win fifty years after the event.

It has been made possible thanks to a £302,500 Heritage Lottery Fund (HLF) grant and will open later this year.  The partnership was launched at a special event at the Royal Garden Hotel, Kensington where the England squad celebrated winning the World Cup and marked exactly half-a-century on from the day that the 1966 finals draw took place at the same London venue. Present at the event were former England players who will use the year ahead to tell their story and remind how they united and inspired the country. The World Cup legends were appearing at the event courtesy of 66winners.com. 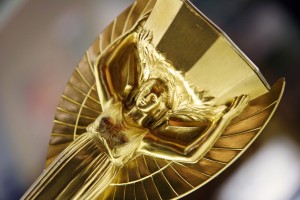 The 1966 Jules Rimet trophy, on display at the National Football Museum.

The exhibition will be divided into a selection of themes focusing on the wider tournament, the players and their families, the fans, popular culture of the time and the tournament’s legacy. New objects, photographs and film will feature alongside the ball used in the final and the Jules Rimet trophy handed to England on the day of the win.

A major focus will be around collecting the memories of players, fans and ordinary people affected by the famous World Cup win. The Sporting Memories Network will work alongside the museum to record and collect the memories to feature in the exhibition and an accompanying website. They will also be used to develop a health and wellbeing programme in Greater Manchester to celebrate the football memories of older people.

National Football Museum director Kevin Moore said: “It’s fitting that 50 years after the most memorable event in the England football team’s history we look back on the seismic effects of the tournament on the whole country.

“We will be working hard with The FA to develop a very special exhibition that will reflect the mood of the country at the time and the legacy of English football staging and ultimately winning the tournament. We’re delighted that, thanks to the Heritage Lottery Fund we are able to do this; we’re confident that this will be one of the most popular and wide reaching exhibitions we have produced.”

Sara Hilton, Head of HLF North West, said: “The ‘66 World Cup was a generation-defining moment in England’s sporting history that not only had a huge impact on football but on the country as a whole. This is a fitting project to mark the 50th anniversary of England’s triumph and an innovative way of using our shared heritage to boost people’s well-being. Special thanks to National Lottery players whose money makes our investments possible.”

Greg Dyke said: “We are delighted to be working with the National Football Museum to commemorate the achievement of our 66 winners. I can remember going to games as an England fan and it was an incredible time that brought the nation together. We know now just how unique a moment that was and how special those individuals were on and off the pitch.

“In celebrating what those players did and reflecting on how they united the country, it is right this year that English football is coming together with a renewed commitment to facilities and coaching investment to give ourselves the best chance of one day emulating their remarkable success. In many ways that focus on where we are today and where we are headed will be the most important story to be told in this joint exhibition.” 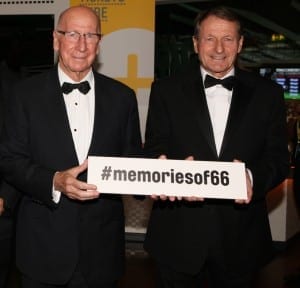 Sir Bobby Charlton and Roger Hunt hold a #memoriesof66 card. #Memoriesof66 will feature in the 1966 exhibition announced by the National Football Museum and The FA in 2016. Picture © Jason Lock

Tony Jameson-Allen, Co-founder and Director of the Sporting Memories Network, said: “At Sporting Memories we use the concept that stories and memories not only hold the power to reignite connections between generations, but help combat the debilitating effects of dementia, depression and loneliness. This landmark exhibition will collect and develop memories of 1966 to help enhance communication, engagement and memory skills for older people. We’ve worked with hundreds of organisations in our communities to engage those who are elderly and isolated. The 1996 World Cup is such an historic occasion, we’re incredibly excited to see the positive, wide-impact this project will have.”