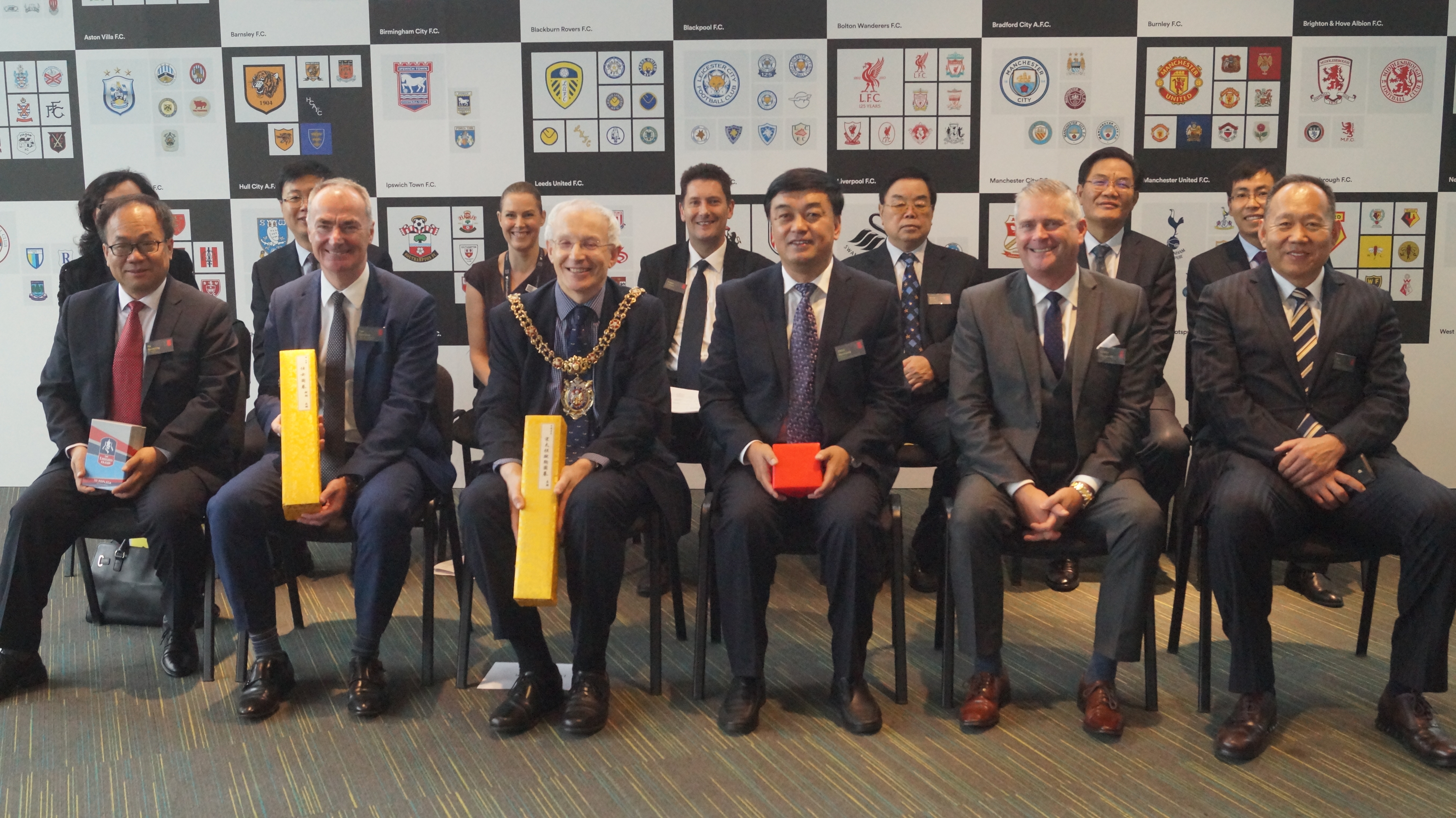 The National Football Museum is delighted to have hosted the second World Football Culture Summit yesterday.

A delegation of Chinese officials and academics attended the second annual Summit, where they were also joined by officials from the National Football Museum, a host of UK academics and the Lord Mayor of Manchester, Eddy Newman.

The main topic of conversation was the origins of Cuju – the ancient game of football in China – while the Chinese delegation was also treated to a tour of the museum.

Elsewhere, the National Football Museum exchanged gifts with the Linzi Football Museum – the two museums also have a reciprocal arrangement to display objects from each of their collections at the other’s venue.

The Summit has built on the success of the first World Football Culture Summit, which was held at the Linzi Museum, Zibo City in 2016.

According to in-bound tourism data from Manchester Airport, more than 216,000 people travelled to Manchester from China in the last year, with many flocking to the city to immerse themselves in the city’s rich footballing heritage.

Head of Collections and Exhibitions Katie Cavanagh said: “We were delighted to welcome the delegation from China for the second World Football Culture summit. As a forward-thinking Museum, it’s important we build relationships with similar institutions around the world to share our knowledge and also learn from them too.”

Councillor Eddy Newman, Lord Mayor of Manchester, said: "It's fascinating how football has evolved to be a sport enjoyed on a global scale. Manchester has a proud footballing heritage and we're pleased to be able to share our enthusiasm for the sport with our friends and neighbours from around the world."