The pioneering women behind the football lens 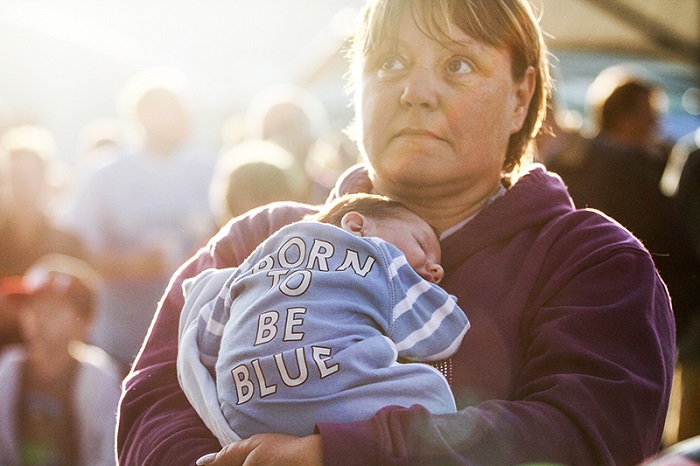 The National Football Museum is celebrating female contributions to football photography with the launch of Women Behind the Football Lens, a three-month feature within Stuart Roy Clarke’s The Game exhibition.

The eye-opening collection will go on display at the museum from Tuesday 15 May, with all six featured photographers expected to be present for the 12pm launch.

The exhibition showcases images from the legendary Hy Money, the first female photographer to break through the ranks of the sport, as well as current Manchester City counterpart Victoria Haydn, senior club photographer with the Premier League champions.

The work of Amy Drucquer, co-founder of online community platform This Fan Girl, documents the swelling ranks of female football fans across the country, while images from Adrienn Csepelyi and Jessica Hilltout broaden the playing field beyond these shores, capturing Eastern Europe and Africa respectively.

“Women are football fans, commentators, players, directors and photographers,” says Stuart Roy Clarke. “They are, and always have been, an integral part of the game. And yet, they continue to be underrepresented in football.”

The renowned football documentarian has moved to redress the balance, placing his favourite female contemporaries at the heart of his latest exhibition.

“We want to tell different stories and encourage fresh conversations about football”, says Tim Desmond, Chief Executive at the National Football Museum. “We’re proud to be placing some of the sport’s immensely talented photographers – including one of our museum team, Abbie Jennings – at the forefront of exhibitions like this, reflecting the diverse pool of talent working within the beautiful game.”

Women Behind the Football Lens is on display at the National Football Museum from Tuesday 15 May to Wednesday 15 August 2018.

The Game features a hand-picked selection of photographs from Stuart Roy Clarke’s 30-year career, documenting the changing face of the sport, and runs until Tuesday 19 March 2019.