Congratulations to Sir Bobby Charlton, who has been awarded the Oxonian! 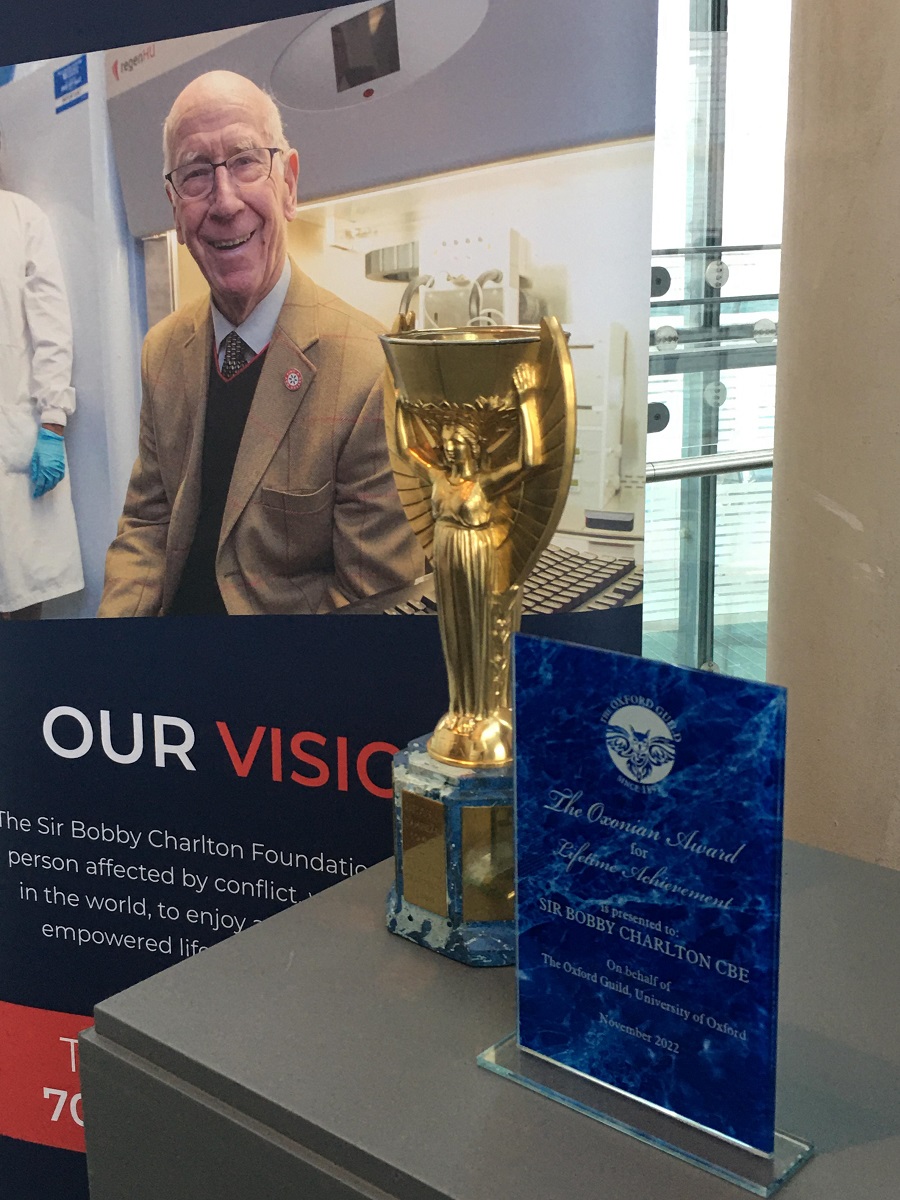 Congratulations to our president, Sir Bobby Charlton, who has been awarded the prestigious Oxonian award by The University of Oxford’s eminent Oxford Guild.

The award ceremony took place on Friday 18 November at the National Football Museum and was attended by trustees and representatives of the Sir Bobby Charlton Foundation and The Oxford Guild. The award recognises Sir Bobby’s achievements as a national and International sporting icon and celebrates his outstanding contribution to both sport and to charity, not least the part he played in bringing England to victory in the 1966 World Cup.

Awarded by the University of Oxford, the accolade recognises individuals across a wide range of fields and backgrounds, celebrating their outstanding contribution to their field and beyond. The award also celebrates the achievements of the very best individuals who have made an exceptional contribution to society and embodies the values held dear by the members of the Oxford Guild. 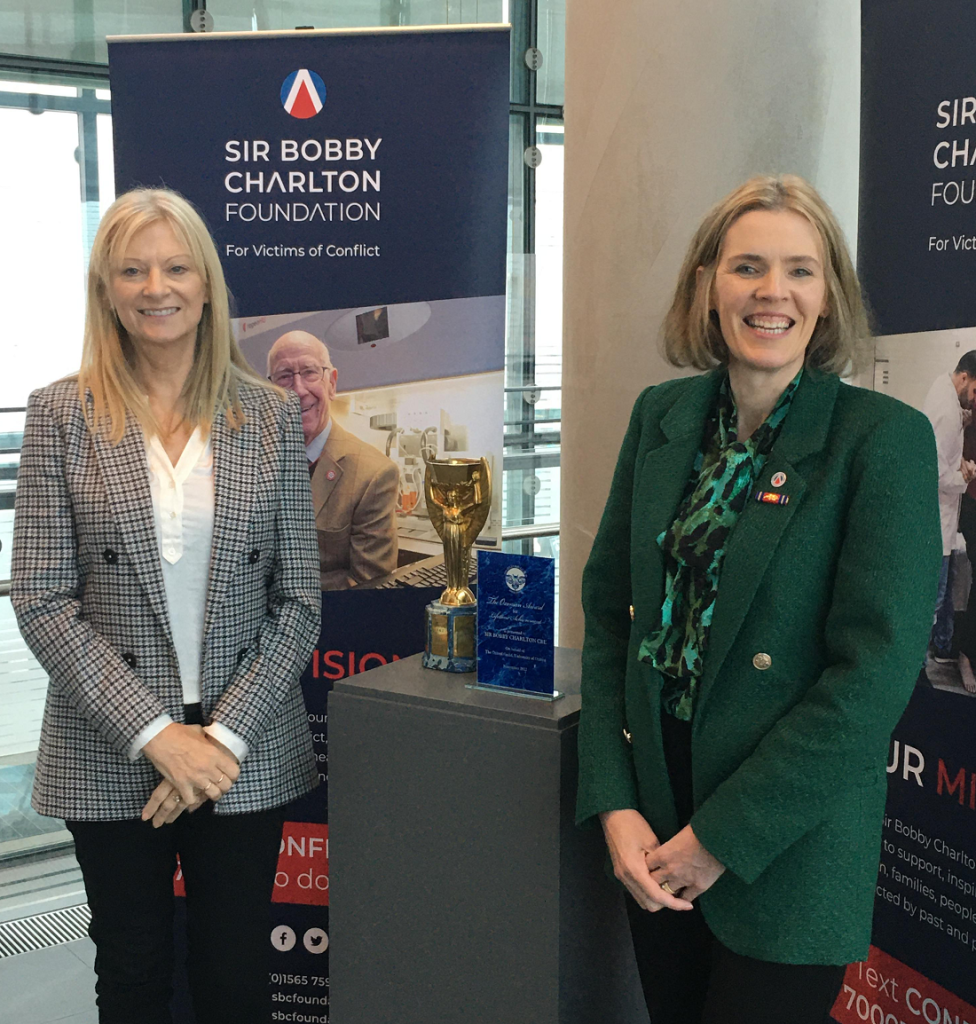 Albeit a relatively new honour, The Oxonian has already been awarded to a number of eminent recipients including Her late Majesty Queen Elizabeth II, and Former President of the United States of America, Jimmy Carter.

Stephen Cross, the chairman and a valued trustee of the Sir Bobby Charlton Foundation kindly accepted the award on Sir Bobby’s behalf. The award was given by the Managing Director of The Oxford Guild, Brahma Mohanty.

On presenting the award, Brahma said: "Sir Bobby remains amongst one of the elite few record-holding England cap winners, as well as goal-scorers, and capped off a memorable 1966 by winning the Ballon d’Or, cementing himself amongst the greatest footballers in history.

"Sir Bobby’s passion and love for communities, humanity, and society, stretches far beyond the borders of these British Isles, and that is truly embodied by the foundation that bears his name; with a commitment towards promoting international development and championing the human rights we take for granted, but that some continue to struggle for. The tireless work of those associated with the foundation ensures that Sir Bobby’s dedication and values remain as a voice for those who cannot be heard, and a vehicle for social change around the world."